Anthony Joshua and Tyson Fury are destined to meet for a super fight in the not too distant future.

Both sides have already agreed to a deal, but in the meantime, both fighters have unfinished business — Joshua with Kubrat Pulev and Fury with his trilogy against Deontay Wilder on a yet to be finalized date. 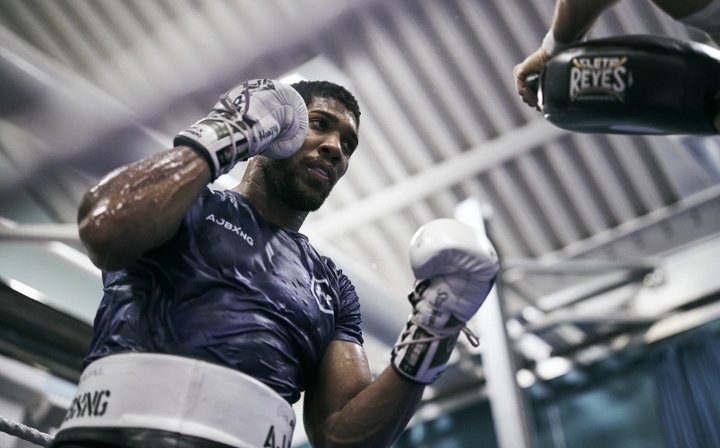 “Tyson needs educating,” Joshua told GQ Magazine. “All us athletes do. We often didn’t go far in school, so a lot of our comments and actions aren’t great. But let’s talk about him as a boxer. I don’t find him intimidating and I haven’t seen him do anything in the ring where I think, ‘This guy is going to be a massive threat.’ He’s talented and he’s awkward, and that’s often enough to get you quite far in life.

“I’m like a Jekyll and Hyde type of person with it. On one side I believe I can elevate myself to a different level through being the Anthony Joshua that I want the world to see. But on the other hand, I’m a real person. I make mistakes, I’m not perfect. I’m trying, though. I really am. I’m working on myself every day.”

Should Joshua ever fight Fury, it will be his biggest test since knocking out Wladimir Klitschko in 2017. Fury unanimously decisioned Klitschko in 2015, shortly before his life and career unraveled due to substance abuse, weight gain and mental health issues.

Joshua is currently preparing for Pulev on Dec. 12 at London’s O2 Arena in a fight that has been delayed due to the pandemic caused by coronavirus, which postponed their originally announced June 20 fight.

“I’m OK with [the delay], to be honest,” said Joshua, who has used the time off to recover from a left knee injury. “It’s saved me weeks of getting punched in the head, and that can never be a bad thing.”