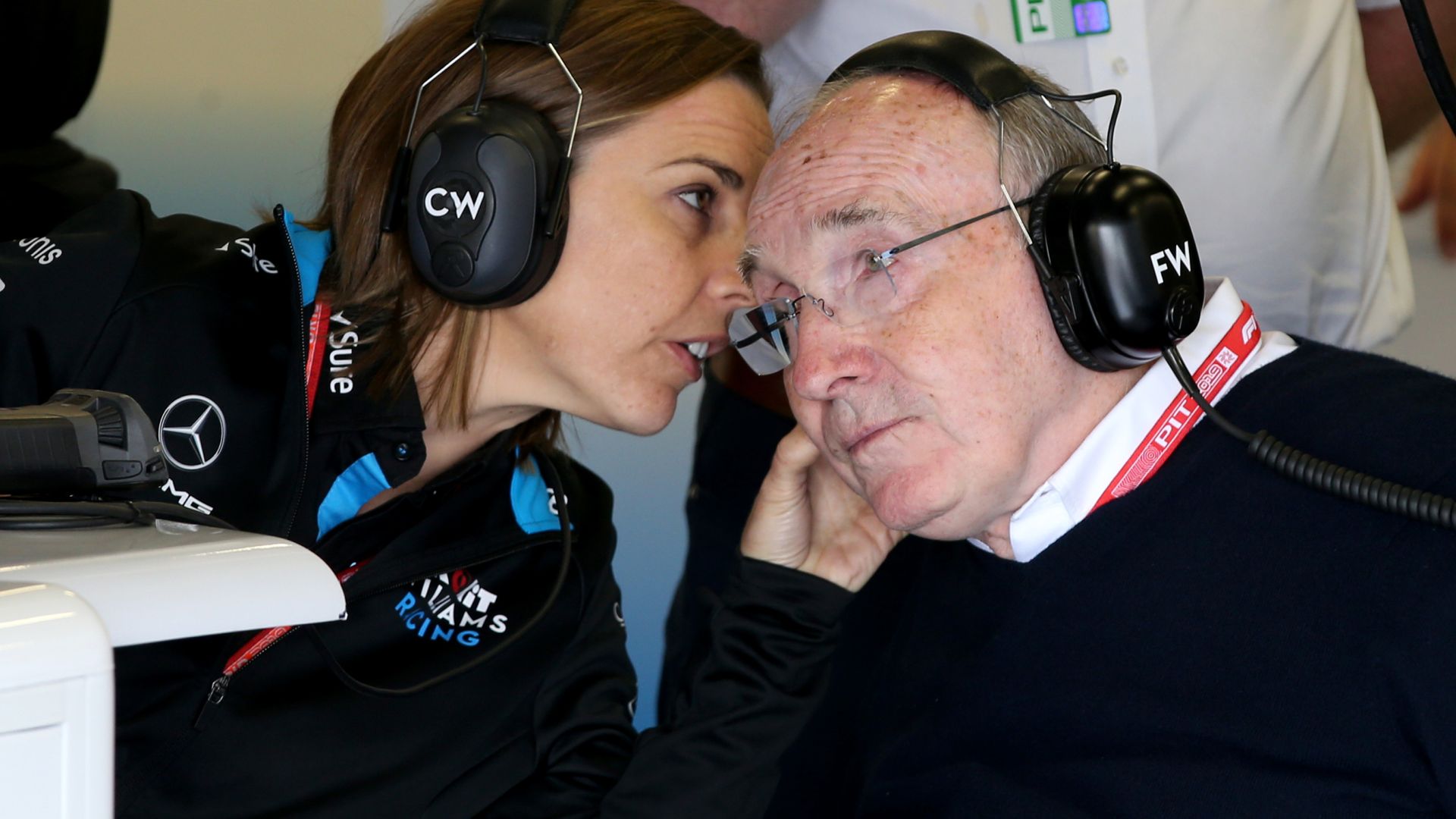 Sir Frank Williams and his daughter Claire will leave their their roles at the Williams F1 team after this weekend’s Italian GP.

The historic chapter-closing move comes a fortnight after the family-run outfit was sold to US investment firm, Dorilton Capital.

The Grove team will continue to run under the Williams name into its new era.

Sir Frank, who founded the team with Sir Patrick Head in 1977, has been one of the most successful team principals/owners in history with seven drivers’ and nine constructors’ championships.

Claire has been in day-to-day control since 2013 in the role of deputy team principal. She first joined the team in an official capacity in 2002.

She said the new owners had encouraged them to continue on but they had decided it was the right time to step away, having secured the team’s future via the sale.

“With the future of the team now secured, this feels like the appropriate time for us to step away from the sport,” said Claire Williams.

“As a family, we have always prioritised Williams. We have demonstrated that by our recent actions with the Strategic Review process and we believe now is the right time to hand over the reins and give the new owners the opportunity to take the team into the future.

“We have been in this sport for more than four decades. We are incredibly proud of our track record and the legacy we leave behind. We have always been in it for the love of it, for the pure pleasure of going motor racing, so this is not a decision that we have taken lightly but after much reflection and as a family.

I wouldn’t be where I am today without Frank and Claire. They gave me my shot in F1, like they have done for so many drivers, engineers, mechanics and countless others over the years. Thank you for everything. We’ll keep driving like hell to honour the Williams name.

“We are greatly appreciative of Dorilton’s encouragement to continue, but in them we know the team will be in good hands and the Williams name will live on. This may be the end of an era for Williams as a family-run team, but it is the beginning of a new era for Williams Racing and we wish them much success in the future.”

Williams said she was stepping away from her role “with a heavy heart”, having hoped to continue the family lineage before a number of factors – including the impact of the coronavirus – forced them to consider an outright sale.

“I have taken the decision to step away from the team in order to allow Dorilton a fresh start as the new owners. It has not been an easy decision but it’s one I believe to be right for all involved.

“I have been enormously privileged to have grown up in this team and in the wonderful world that is Formula One. I have loved every minute and will be forever grateful for the opportunities it has given me. But it’s also an incredibly challenging sport and I now want to see what else the world holds for me. Most importantly, I want to spend time with my family.”