The 34-year-old Las Vegas based Cuban recently appeared on a PBC Instagram Live session and spoke on a variety of topics with host Ray Flores.  One of which was his thoughts on fighting in an environment without fans.  All of the PBC on FOX and FS1 cards for the foreseeable future will be without fans in attendance as the United States continues to battle the COVID-19 pandemic.

“It is something new for all of us fighters. It will be difficult for us but we have an objective to complete and we know that everyone will be watching at home. Like I said everything has changed and we have to get used to it during this time,” said Ugas. 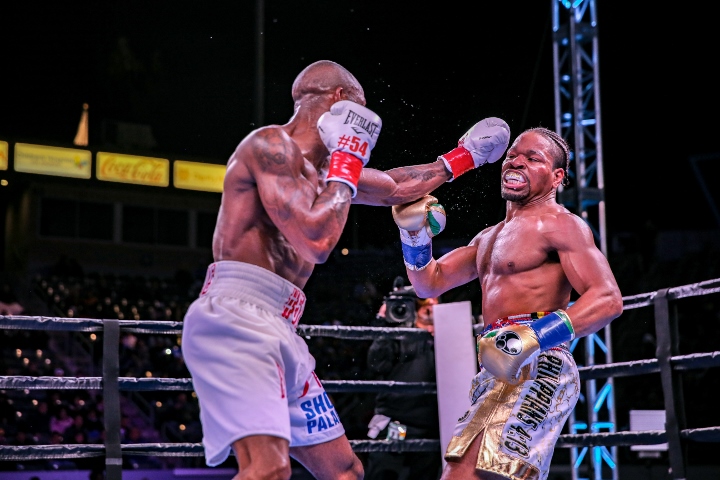 Flores also asked Ugas about his controversial split decision loss to then WBC welterweight champion Shawn Porter.  Several observers felt that Ugas did more than enough to leave the ring as the winner.

“I think that I won that night. I couldn’t do much more. I think that the way the fight ended I won. I think I won the fight as clearly as I could to become a champion,” Ugas stated.

Ugas was the aggressor for most of the fight and controlled the pace and that was reflected by the one judge having him winning the fight 117-111.  However, that scorecard was overruled by the other two that had Porter winning by scores of 116-112 and 115-113.

The follow up question by Flores was what did Ugas learn from the fight and what would he do differently if he were to ever get a rematch.

“The experience that I got from that fight taught me that it is never enough to just win -you have to do even more and I should have done even more. In order to become a champion I had to do even more even though in my heart I felt like I  clearly won that fight,” he stated.