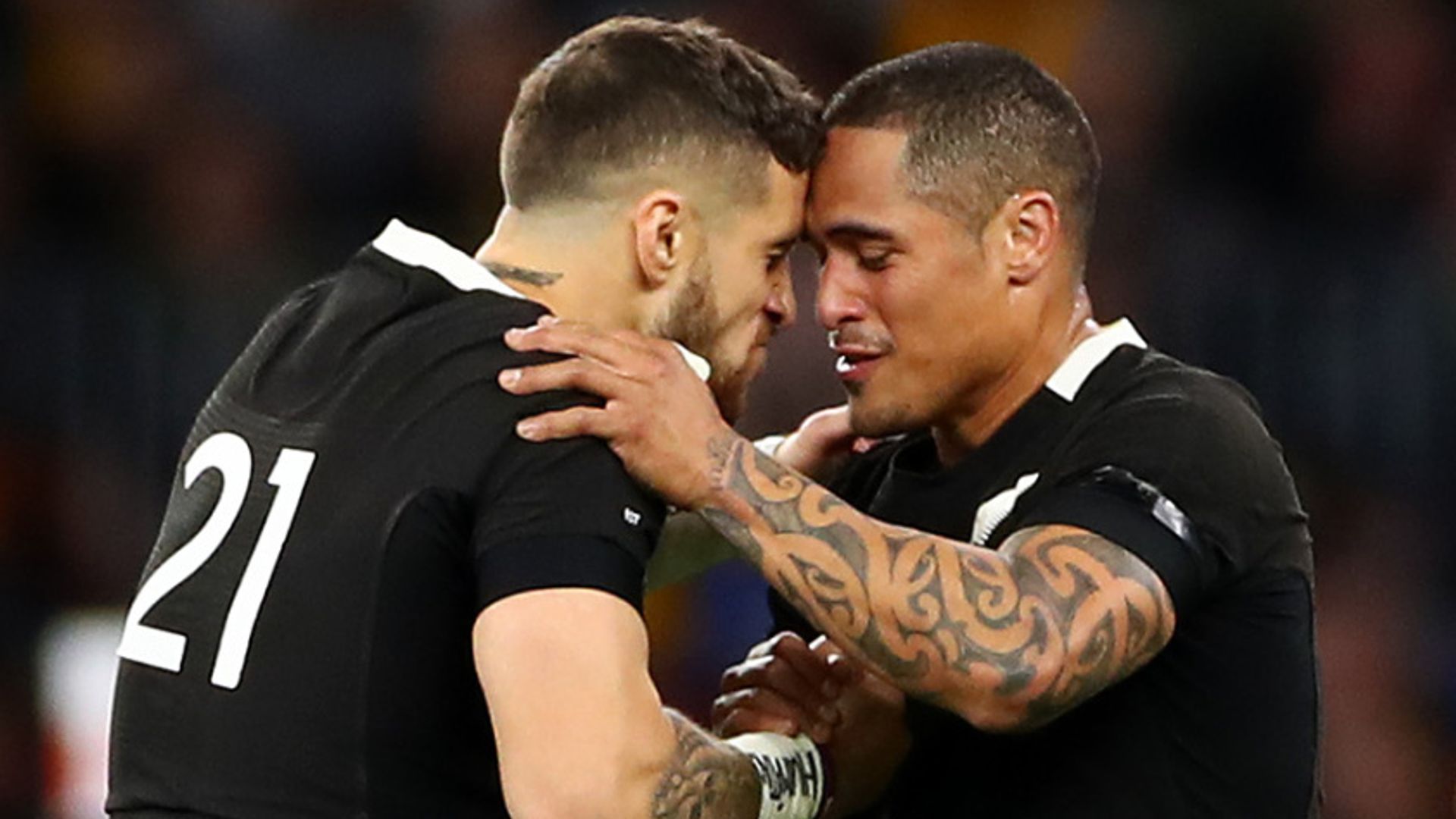 Watch North vs South live on Sky Sports Arena on Saturday (kick-off 8.10am)

If the longest journey starts with a single step, then New Zealand Rugby (and more specifically the All Blacks) have laced on their boots and are – finally – about to set off.

This weekend’s North vs South fixture has been subject to much change; of date, of location, and now in a stadium closed to the fans. But it remains a match under the guidance of All Black selectors and coaches, a first such fixture with the official stamp of the national team since Rugby World Cup 2019.

2020 was always going to look different for the men in black. Despite their continued success at the top of the global game for much of the last decade, there remains only a handful of players who know what it feels like, and takes, to win a World Cup. Within the next couple of years it’s fair to assume that number will dwindle, and it’s possible the All Blacks will arrive in France 2023 without a single player who was there at Twickenham in 2015.

This is not a derelict house in need of a total rebuild, but certainly a little renovation is in order and any new extension will need foundations laid.

Under different circumstances, the All Blacks would have already played five tests in 2020. As things stand, the reconfigured Rugby Championship based in New Zealand is in doubt, and plans are afoot for a four-test Bledisloe Cup series restricted to the Wallabies and All Blacks. Whichever way the weeks ahead go, Foster and co can only deal with what’s immediately in front of them.

On Saturday, that is the resumption of an inter-island rivalry that is steeped in history. First played in 1897, North Island versus South Island was an almost annual fixture in the amateur calendar until 1986. It made a one-off appearance in 1995 as an All Black trial ahead of the Rugby World Cup, and then again in 2012 to support the financially ailing Otago Rugby Union.

In the professional era, the need for a one-off national trial (also previously seen in the form of ‘Probables v Possibles’) has passed, with week after week of professional club play more than sufficient to gauge form and quality.

In truth, Super Rugby Aotearoa will have provided more than enough quality game time for the All Black selectors to pick from, and it is clear this recently arranged event is first and foremost an exercise in revenue generation and public relations. For that reason, it is an unfortunate situation for all that a full Eden Park (as originally expected) has had to give way to an empty Sky Stadium in Wellington.

Which leaves the rugby itself, an enticing prospect in spite of all the changes. Perhaps most importantly, it gives the All Black selectors and coaches the first genuine chance to sharpen their own tools. Foster and fellow selectors Grant Fox and John Plumtree have chosen the two squads, with Plumtree and Scott McLeod coaching North, Brad Mooar and Greg Feek in charge of South.

Selection criteria caused a stir when first announced, with a player’s first senior provincial representation dictating his eligibility. Once again, this was a carefully considered line in the sand to ensure a competitive fixture still laced with meaning.

The Blues and Crusaders provide the greatest number to their respective islands’ squads, a fair reflection on their standing at the end of Super Rugby Aotearoa and a chance to see a number of head-to-heads that never happened when their final round fixture was cancelled.

Patrick Tuipulotu takes his impressive form and leadership from the Blues into the top job for North, alongside young Chief Tupou Vaa’i. In the absence of Brodie Retallick in 2020, locking stocks are under the microscope.

In the absence of Dane Coles, Hurricanes teammate Asafo Aumua packs down for North, an explosive presence whose selection ahead of the outstanding Ash Dixon is a nod to youth and the future. On his loosehead side is Karl Tu’inukuafe, attempting to reignite his All Black career, and on the tight Ofa Tu’ungafasi, one of the Blues’ outstanding contributors in 2020.

Akira Ioane is another with a deserved All Black lifeline, starting at blindside, while his Blues teammate Hoskins Sotutu, arguably New Zealand’s discovery of the year packs down at number 8. With Sam Cane injured, Ardie Savea starts at openside, despite most predictions he’ll be at the back of the scrum come test time.

Highlander Aaron Smith, orginally of Manawatu, sits this one out. He is in just about the form of his career, and the selectors can gain more from linking TJ Perenara and Beauden Barrett up, back in his favoured (albeit congested) position.

The rest of the backline would have the Barbarians salivating, even though we’re being assured this is more than an exhibition match. Caleb Clarke, Sevu Reece and Damian McKenzie make up a back three of devastating attacking variety, and inside them Anton-Lienert Brown and Rieko Ioane form a centre pairing to get defenders flailing, and tongues wagging.

The North team may jump off the page for combinations and X-Factor, but the Crusaders-dominated South will have fewer concerns coming together, and if the result was all that mattered here, you’d go South every day.

Nepo Laulala is the only non-Crusader in the tight-five, with Sam Whitelock leading from the centre of the pack. Highlander Shannon Frizell joins red-and-black grafters Tom Christie and Tom Sanders in the loose. In a game of this nature, continuity of recycled ball and work rate of those whose job it is to secure it will be key. These three will be thorns in the side of their big-carrying opponents.

Chief Brad Weber heads south to sync up with Richie Mo’unga, whose match-up with Barrett is naturally grabbing the headlines. Whatever happens on Saturday it’s hard to see Mo’unga replaced at ten in black given his imperious form this year.

Jordie Barrett started his provincial career for Canterbury, so he lines up for South, nudging breakout star Will Jordan to the wing. This is a deliberate ploy to see Jordan’s versatility as he attempts to jump the All Black queue out wide.

For all the uncertainty around this fixture, and the All Blacks’ plans for the rest of the year, it’s best to take this for what it is; just another chance to see some of the best players in the world in action.