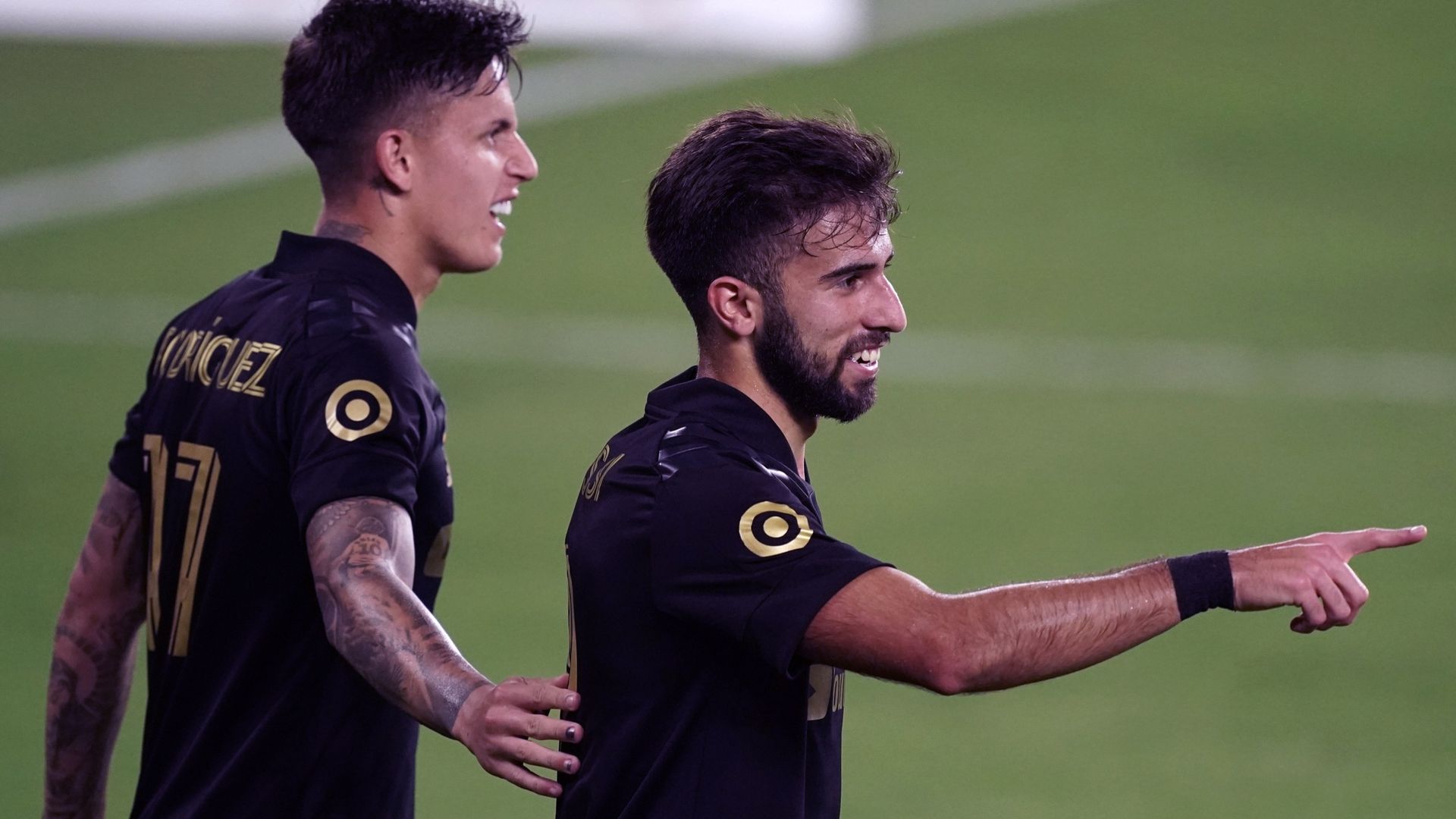 The league’s top scorer took his tally to nine for the season with a goal in each half, while Bradley Wright-Phillips, Jose Cifuentes and Danny Musovski were also on target in a convincing win.

Danny Hoesen scored an injury-time consolation for the Earthquakes but LAFC, who had suffered back-to-back losses and remain without the injured Carlos Vela, had long sewn up the points.

Cristian Pavon scored his fifth goal of the season, with Efrain Alvarez and Joe Corona also on the score sheet to help their side record a third successive win.

Portland’s Diego Valeri scored in stoppage time, becoming only the third player in MLS history to reach 80 career goals and 80 assists, but it was too little, too late.

Sporting Kansas remain top of the Western Conference but had to come from behind to draw 1-1 with FC Dallas.

Franco Jara had struck for the visitors with just nine minutes on the clock but Khiry Shelton his back late in the first half.

The Sounders had twice taken the lead through Nicolas Lodeiro and Yeimar Gomez Andrade, only for Justen Glad and then Pablo Ruiz – with five minutes remaining – to hit back.

Elsewhere, Houston Dynamo stretched their unbeaten run to four games with a 3-0 win over Minnesota United.

Darwin Quintero opened the scoring against his former club just before the half-hour mark, before Ariel Lassiter scored two second-half goals after coming off the bench.

Lucas Zelarayan was the match-winner as Columbus Crew beat Philadelphia Union 1-0 to go top of the Eastern Conference.

Zelarayan scored in the 55th minute to ensure the Crew have a two-point lead over Toronto FC.

Third-placed Orlando City – who have suffered just one defeat in seven – had to settle for a point after a 1-1 draw with Nashville. Homegrown Benji Michel scored a fine solo goal for Orlando in the 17th minute but Randall Leal scored his first MLS goal for Nashville just after the break.

New York City FC saw off New England Revolution 2-0, thanks to Heber Araujo dos Santos and an own goal from Michael Mancienne.

But New York Red Bulls suffered a dramatic late defeat to DC United as Eric Sorga struck in the eighth minute of stoppage-time.

Elsewhere, Chicago Fire’s Bobby Shuttleworth starred in goal to thwart Cincinnati during a goalless draw, while Brad Guzan was equally influential for Inter Miami as they took a point against Atlanta in another stalemate.