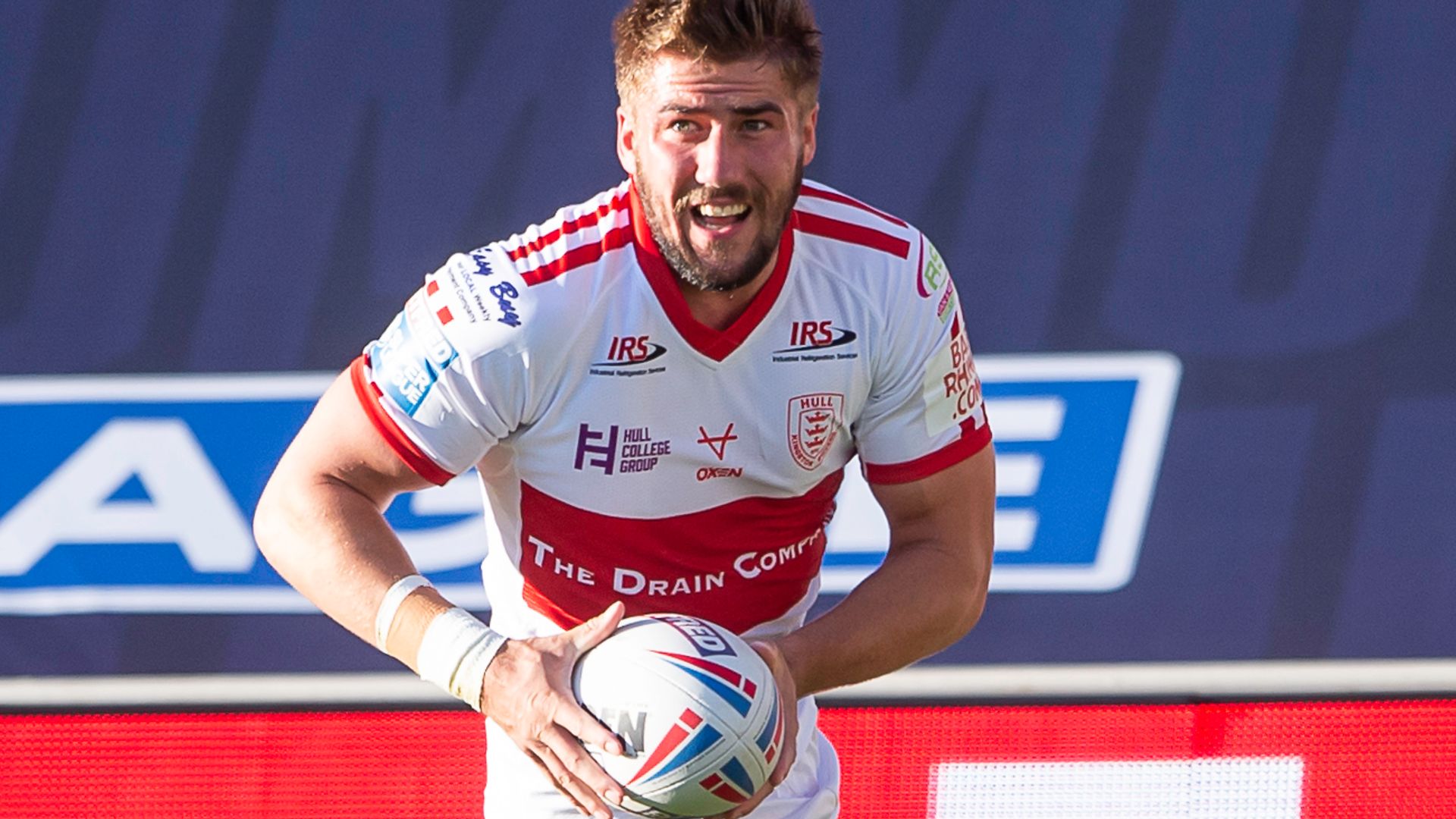 Greg Minikin scored a hat-trick of tries as Hull KR turned the Super League table upside-down with a shock 34-18 win over Wigan at Headingley.

Rovers produced their best performance of the season to gain their first win since the opening round in January and condemn the Warriors to their first defeat since the resumption.

The victory could not quite lift Tony Smith’s men off the foot of the table and Wigan stay top, but they will be overtaken by St Helens if they beat Huddersfield on Friday.

Wigan were boosted by the return of England centre Oliver Gildart for his first league match for almost 12 months after recovering from shoulder surgery, while forward Oliver Partington made his first appearance since March after serving a four-match ban.

Hull KR were also much-changed, with a new full-back in Will Dagger, a fresh half-back pairing of Jordan Abdull and Mikey Lewis and a new hooker in Jez Litten, and all the changes worked superbly as they played the leaders off the park.

Yet it was all Wigan in the opening stages, with Minikin fumbling the ball inside his own 20-metre area and then conceding a goal-line drop-out.

Winger Jake Bibby had a try disallowed for a forward pass but the pressure told when hooker Sam Powell took a short pass from scrum-half Harry Smith to dart over the line.

Zak Hardaker’s conversion made it 6-0, but Rovers hit the leaders with three tries in a devastating six-minute spell to storm into a handsome lead.

Loose forward Elliot Minchella finished off breaks by the livewire Litten and Abdull for two tries – his first for the club – and Minikin grabbed his first thanks to an overlap and a touch of class from his centre partner Kane Linnett.

Lewis kicked two conversions for a 16-6 lead and, although Smith pulled a try back for the Warriors on 27 minutes, the east Yorkshire team continued to dominate the game.

Minikin finished off a flowing move for his second try just before the break and completed his hat-trick six minutes into the second half after more smart work from Linnett.

Second rower Dean Hadley also scored his first try for the club thanks to some imperious play from Abdull and, with Lewis off the field, Dagger succeeded with two of his three conversion attempts to extend his side’s lead to 32-12.

After the free-flowing rugby of the first half, Rovers showed some defensive resolve to keep their line intact and they only cracked after being reduced to 12 men, with centre Shaun Kenny-Dowall in the sin bin on 70 minutes for persistent team infringements.

Stand-off Jackson Hastings was the man to finally breach their line and Hardaker kicked his third goal, but Rovers had the final say when Abdull kicked a 40-metre penalty to wrap up the scoring.