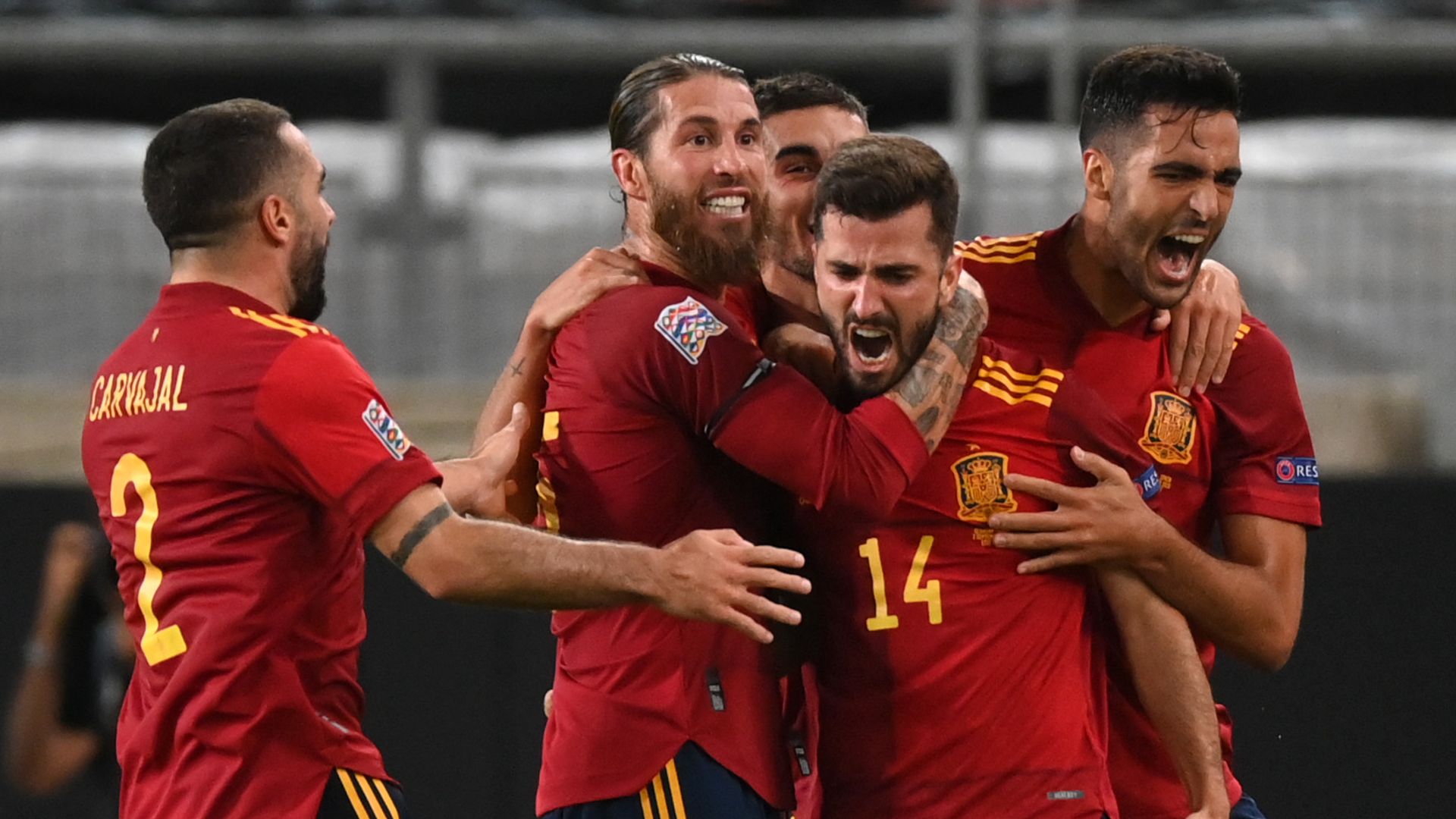 Spain snatched a last-gasp 1-1 draw with Germany in their Nations League opener, thanks to Jose Gaya’s 95th-minute finish after Timo Werner had fired the hosts ahead in Stuttgart.

The engrossing Group A4 encounter had a thrilling conclusion, with Manchester City new boy Ferran Torres crossing for Rodrigo to tee up Gaya after the four minutes of added time had elapsed, infuriating Germany’s players who were also calling for an offside flag which never came.

Joachim Low’s side looked certain to take three points after Werner had shown Chelsea fans just what they can expect from their new signing in the Premier League this season with a powerful low drive on 51 minutes.

But Spain – who had David de Gea to thank for a string of smart saves – battled to a point, which leaves the two sides level in their pool, behind Ukraine, who beat Switzerland 2-1 in the other Group A4 fixture on Thursday evening.

How Spain grabbed a point in Germany

Spain had come into the match on an 11-game unbeaten run but De Gea had to be alert in the first half as Thilo Kehrer, Julian Draxler and Leroy Sane, with a brilliant curling shot, forced him into action.

Both teams were missing the magic touch in the final third, though, as Ferran Torres shot over, Sane scuffed a pass to Werner in the box, Jesus Navas saw an effort blocked behind for a corner, and then Rodrigo blew a gift when Draxler lost possession by shooting straight at Kevin Trapp at the end of a goalless first half.

However, Werner made the breakthrough shortly after the restart, following up his first strike for Chelsea on Saturday with another assured finish, and could have doubled Germany’s advantage when he shot into the side-netting, moments after Rodrigo had clipped the roof of the net at the other end.

There was hope from Spain the half-time introduction of Barcelona prodigy Ansu Fati – the youngest player to represent Spain since 1936 – would make the difference and the 17-year-old nearly had the dream debut when he headed past Trapp in injury-time but the referee had already blown for a foul by Sergio Ramos.

Ironically, the delay from Ramos’ challenge on Matthias Ginter allowed Spain time for one final attack and they made it count, with Gaya deservedly sharing the points between two sides who will have ambitions of reaching the finals next year.

Both sides return to action on Sunday, with Germany travelling to Switzerland, while Spain host Ukraine.