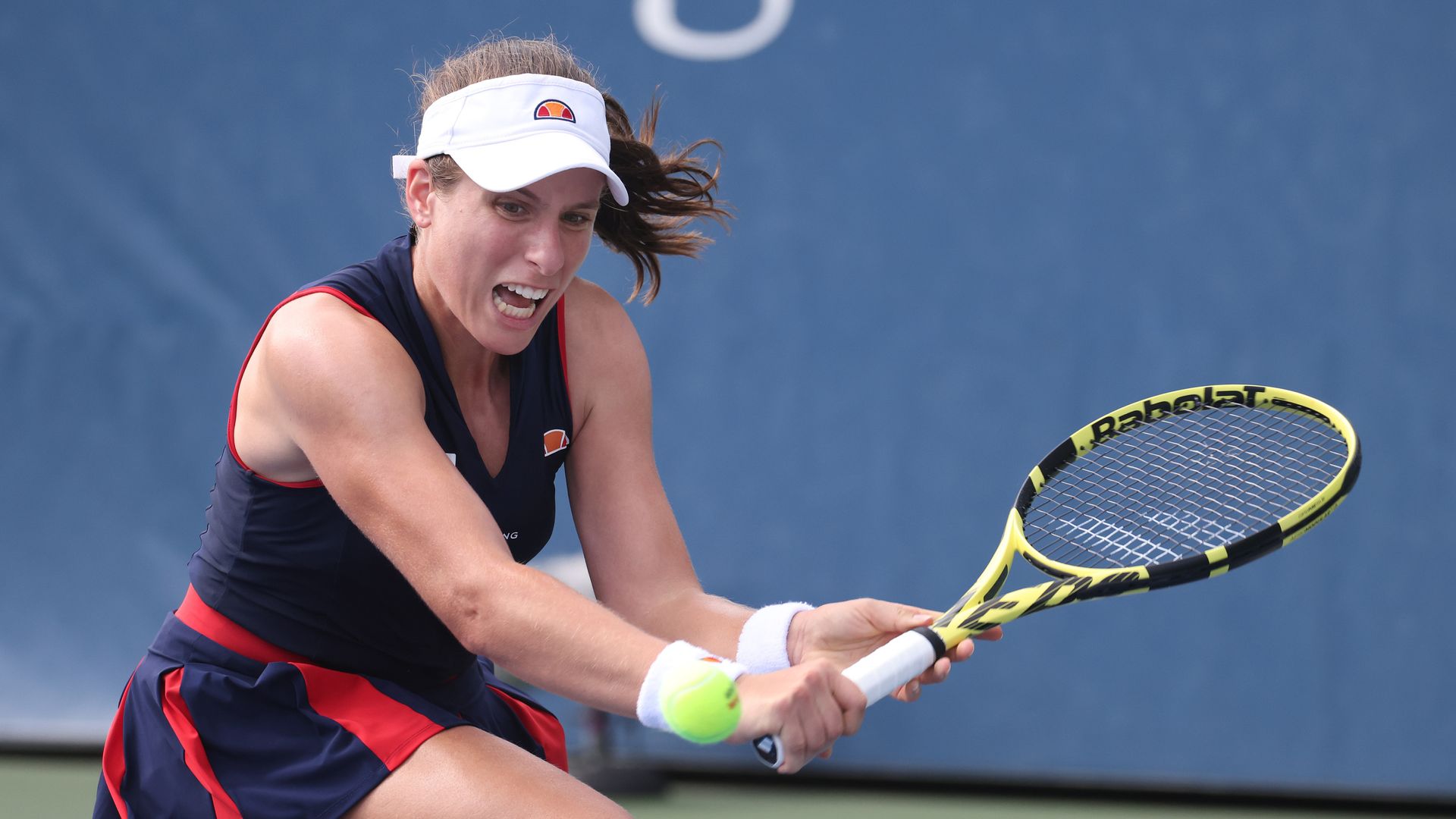 Konta, who is working under a new coach in Thomas Hogstedt, had looked in excellent form during her opening match against Heather Watson.

Out on Court 5, it initally looked as if she was going to have an easy day at the office. Konta won the first set 6-2, however, after losing the second after a tie-break, she was not able to recapture the form she needed in the decider.

The Brit’s elimination from the Slam ends British presence in the women’s draw. Cameron Norrie, Dan Evans and Andy Murray all remain in the men’s draw, with Evans and Murray taking to court later on Thursday for their second-round matches.

Konta and Cirstea had met twice before this encounter, on the WTA tour and at the Fed Cup, and the fact the Brit had not lost a set to her Romanian opponent was a positive sign.

The British No 1 broke Cirstea in the very first game. She took full advantage of the three double faults her opponent put down and struck the ball cleanly from the back of the court.

Despite being broken back, Konta quickly took the set by the scruff of its neck and flew through it in just 40 minutes.

Her ability to fend off Cirstea’s clean groundstrokes was coupled with the fact she was hitting her mark time and time again on her serve.

After the efficient 6-2 set, nothing changed drastically from a British perspective at the start of the second as Konta continued to strike the ball with purpose. However, Cirstea increased her own level and an arm-wrestle ensued.

Both players forced each other to weather considerable power from the back of the court, and it took the Romanian eight minutes and 43 seconds to hold in the 11th game. She did though, and tie-break was a fair reflection of their levels.

The tie-break was an early indication Cirstea had even more to give. Konta went 4-1 and then 6-3 down, and although she clawed it back to 6-5, Cirstea took it with an ace down the ‘T’.

In the deciding set, the world No 55 continued to up her intensity, her level belied her ranking, while Konta’s serve went awry and her error count increased slightly.

At 5-3 up, Cirstea had a look at two match points on the Konta serve, before she took the third on her own serve a short time later. Cirstea will face Karolina Muchova in the third round.

Elsewhere in the draw, Donna Vekic, who was a quarter-finalist last year, cruised into the third round with a 6-2 6-1 victory over Patricia Maria Tig.

Pironkova is playing in her first tournament since Wimbledon 2017, after pausing her career to start a family, and she made just one unforced error during the one-hour and 21-minute performance.

Amanda Anisimova shrugged off her nerves to come from a set down against fellow teenager Katrina Scott.

The 19-year-old, a semi-finalist at the French Open last year, steadied her game in the second set and pulled away to secure the 4-6 6-4 6-1 result.