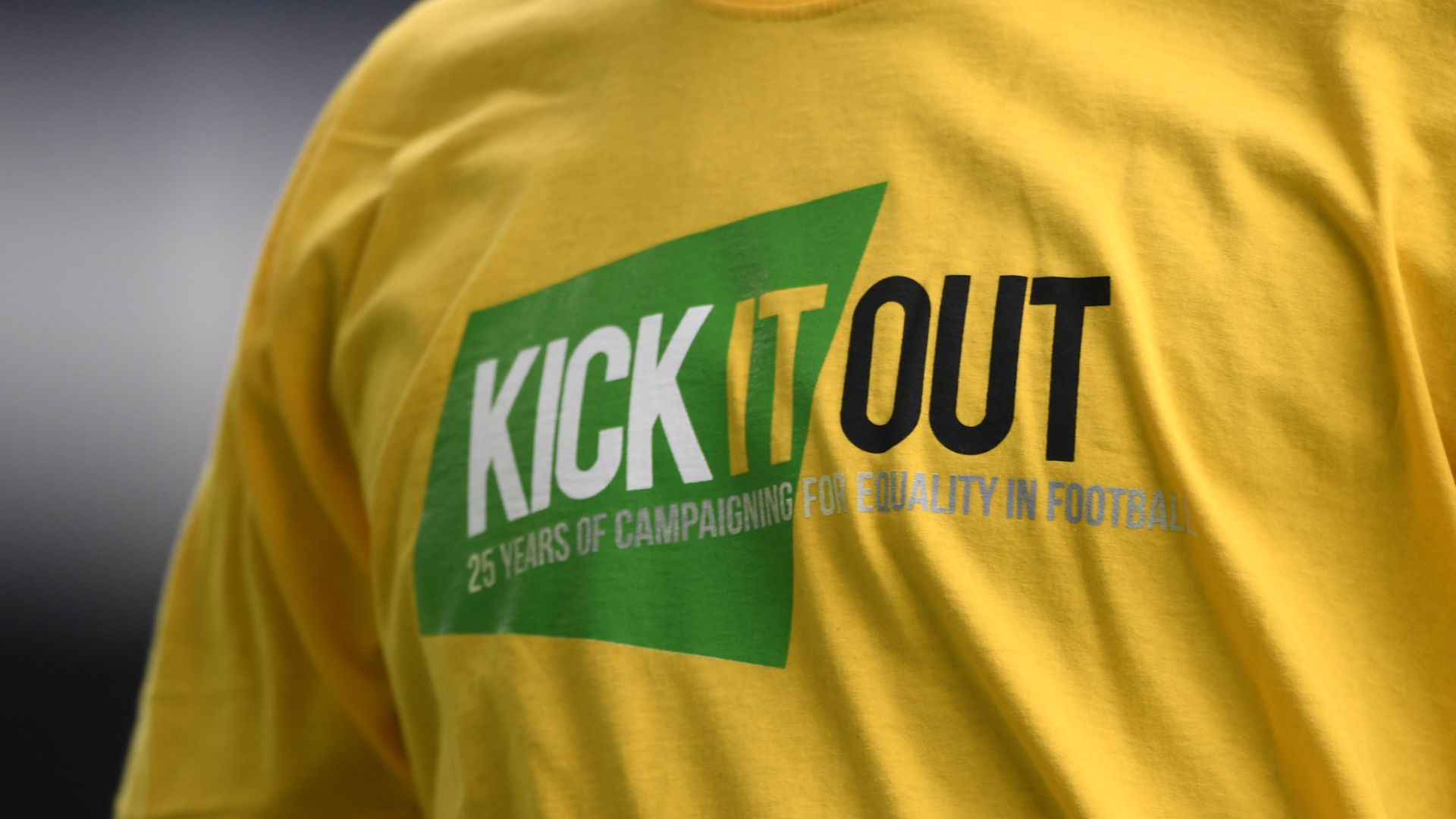 Reported racial abuse up by 53 per cent while reports of abuse based on sexual orientation have almost doubled, rising to 117 compared to 60 a year ago

Kick It Out has revealed there was a 42 per cent increase in reports of discrimination in the professional game last season.

There was an increase of 53 per cent in reported racial abuse, up from 184 incidents to 282, and a 95 per cent rise in reports of abuse based on sexual orientation, 117 compared to 60.

At grassroots level, the number of reports was down from 113 to 94, but that was with no matches from March onwards due to the coronavirus pandemic.

Comparing the season to the equivalent period in 2018-19, there was an 11 per cent increase.

While there was a reduction in complaints made to Kick It Out in terms of abuse on social media, the charity believes this reflects greater public awareness of ways of reporting directly to social media companies.

The charity also held a YouGov poll with over 1,000 football fans, with the results showing 39 per cent of those surveyed had witnessed or heard an act of discrimination last year.

The figures were 32 per cent and 41 per cent with regard to homophobic abuse.

While the resumption of the season saw players taking a knee in support of the Black Lives Matter movement following the death of George Floyd in the United States, in early July Crystal Palace’s Wilfried Zaha was sent racist abuse on social media.

‘Hate and division in society remains a lurking pernicious threat’

In a statement, Kick It Out chairman Sanjay Bhandari said: “This year the pandemic and the killing of George Floyd turned the world on its head.

“Football responded positively with clubs increasing their work in the community and with the players symbolising the demand for greater equality of opportunity, by taking a knee. But beneath the surface, hate and division in society remains a lurking pernicious threat.

“Our reports indicate a steep rise in discrimination reports over the last two years. But as our YouGov poll also confirms, we know that reports to Kick It Out are just the tip of the iceberg.

“We need to aggregate the data across Kick It Out, clubs, law enforcement, governing bodies and others so that we have the complete picture to give us a greater chance of finding better solutions together. We urge those organisations to share data to create better insights.

“As the findings of our YouGov poll also demonstrate, social media can be a battleground of hate. We need to work together across society to win this battle.

“Football and social media can be a positive force but in order to tackle online hate, everyone needs to do more.

“We need better regulation and enforcement and we need social media companies to be part of the solution. We need clubs and governing bodies to continue to lobby for change, sanction offending supporters and support law enforcement processes with the provision of evidence. We need players to continue to use their powerful voices.

Paul Elliott, chair of the Football Association’s Inclusion Advisory Board, said: “The FA has made huge strides in recent years to ensure that English football is a diverse and inclusive game, but we know there is more to be done.

“We will always strive to promote equality both on and off the pitch, working together with all football stakeholders including our partners at Kick It Out.

“We strongly condemn all forms of discrimination and, while only participants fall under the FA’s jurisdiction, we investigate all reported forms of discriminatory abuse in English football at every level of the game, and work closely with the relevant authorities to ensure matters are dealt with appropriately.”