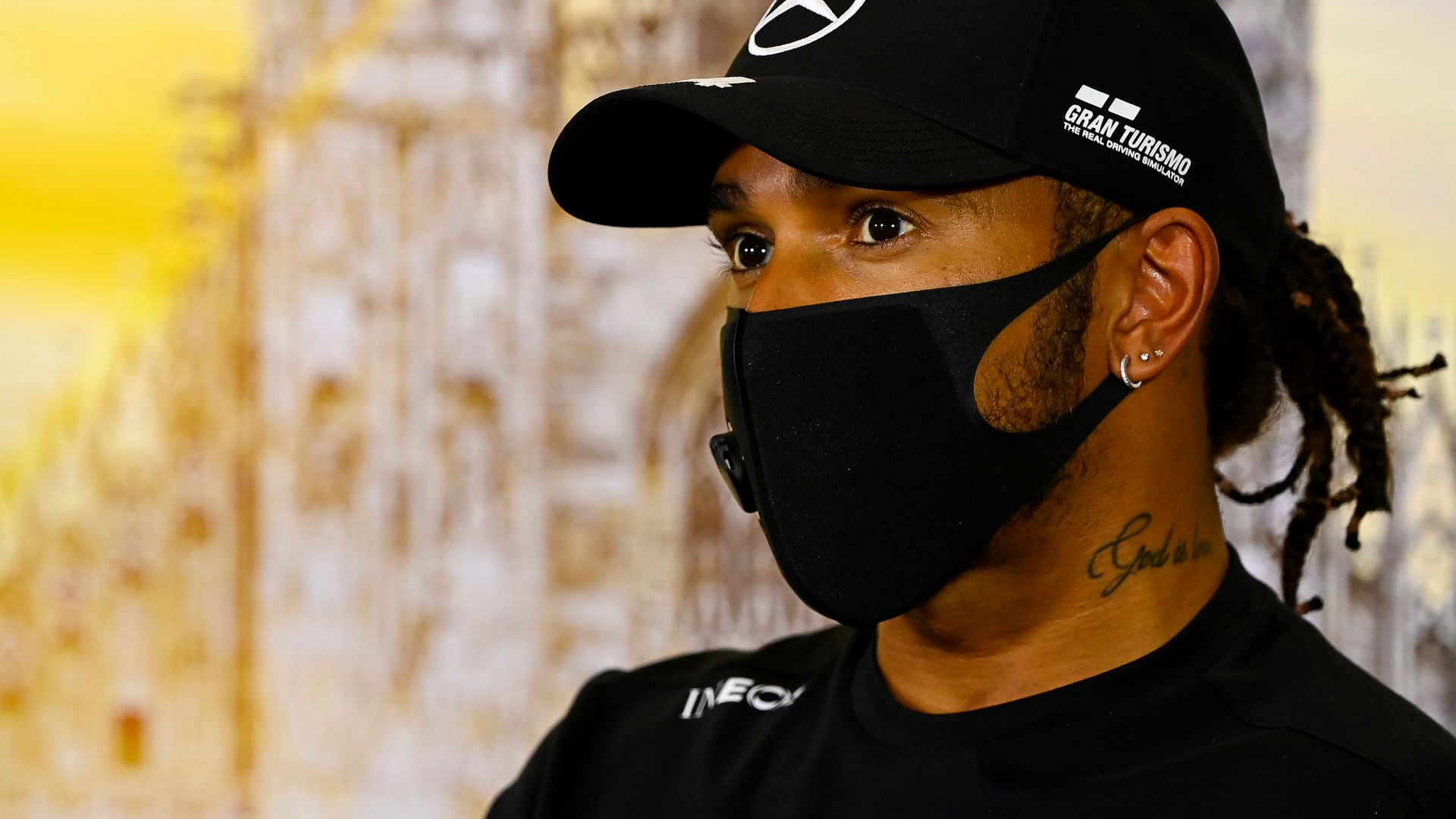 Lewis Hamilton admits he finds debate and reasons around the ban of so-called F1 ‘party modes’ from this weekend’s Italian GP “quite amusing”.

F1’s teams now have to run their engine in a single power mode for qualifying and the race after the issuing of a technical directive from the FIA, in an attempt to make it more straightforward to monitor teams’ power units.

Teams have previously been able to run their engines in higher, or lower, modes at different points of the weekend – such as the end of qualifying, when they want peak performance for grid positions.

Some have suggested that this change has been specifically aimed at Mercedes, who have dominated F1 qualifying this year and were believed to be deploying the most powerful peak mode.

Hamilton told Sky Sports F1 on Thursday: “All I can say is I’m really proud of my guys because we obviously did a great job.

“What’s crazy is this switch, they’ve said it’s for one reason and then you’ve got Red Bull who came out and said ‘no, no, we were going after them to hold them back!’

“So someone is not telling the truth! All we can do is just smile and keep working hard. That’s what we’ll do.”

Speaking in the drivers’ press conference, Hamilton said of the saga: “I find it quite amusing.”

Team-mate Valtteri Bottas claimed it wouldn’t be surprised if jeaously ultimately lay at the very origin of the change.

“I don’t know what happens in the background and how the request and the idea for this actually came,” he said.

“Maybe some people are jeolous we’ve done a great engine and with the car, and are doing a great job.”

Could Mercedes benefit from the change in the race?

Conversely, one theory is that the change could actually help Mercedes relative to their rivals in the race, with the world champions potentially able to run their engine at a higher single range for longer with few reliability concerns.

“I guess everyone will see this weekend, but I don’t think it’s really going to make a huge difference,” suggested Bottas. “We’re talking quite small numbers.

“For sure there is a small deficit in qualifying but actually maybe for our engine a small gain in the race. So it’s not so bad for us.”

Hamilton was also not expecting huge changes, although suggested teams would have to watch their engine reliability during the course of the race.

“It affects qualifying a little bit but not massively. It does change things for the race,” added the world champion.

“You should be in a stronger mode for a lot longer so it should be a faster race. But reliability is not given so maybe it’ll push people reliability-wise, so we’ve got to keep working on it.”