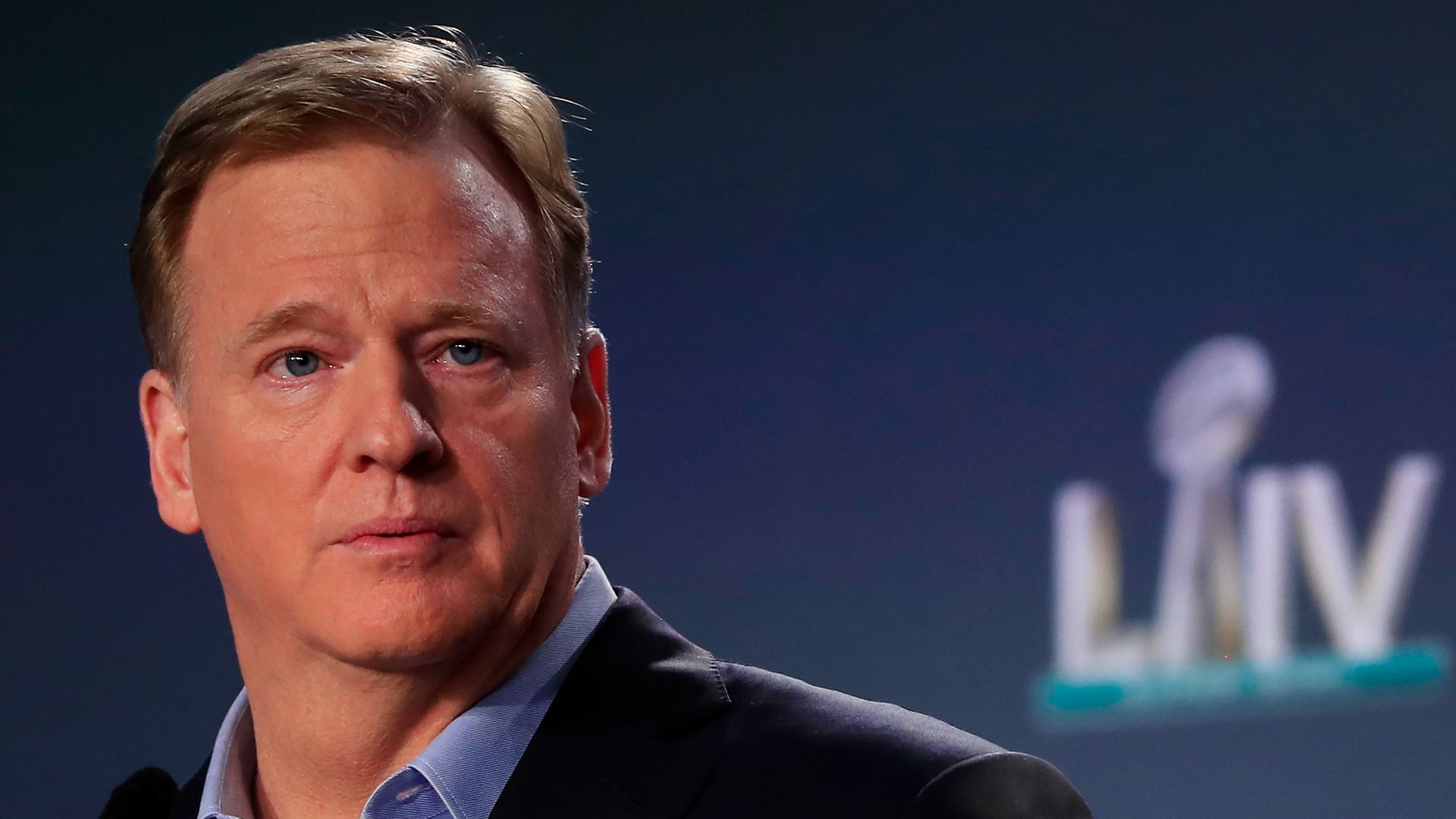 By Neil Reynolds and Cameron Hogwood

Commissioner Roger Goodell has reaffirmed the NFL’s commitment to fighting for social justice and after the league announced new iniatives designed to address the issue alongside the NFL Players’ Association.

Goodell apologised to players earlier this year for not listening to them on the subject of racial inequality in the past, with a host of the NFL’s biggest names having united to produce a video demanding a stronger stance from the league in the wake of the police killing of George Floyd in Minneapolis.

Social unrest continues to be at the forefront in America following the police shooting of black man Jacob Blake in Wisconsin, which prompted NBA, WNBA, MLB, NHL and MLS teams to boycott games in response.

Stay updated with the latest news and interviews from around the NFL.

In a recent interview with former NFL linebacker Emmanuel Acho, Goodell admitted he wished “we had listened earlier” to former San Francisco 49ers quarterback Colin Kaepernick, who has been out of the league since 2016 after taking a knee during the national anthem in protest against police brutality.

“I think all of us have a responsibility to learn and evolve,” said Goodell on NFL 32 Live. “The players made me aware of a lot of things that have been going on in these communities for decades, maybe centuries.

“That was something that was very important for us to understand, to listen to and then help and support them with programmes that help effectuate real change and try to end racism, and we should end racism. We should stop the oppression of black people.

“From our standpoint we want to be a part of that. Our programmes have really been effective. It’s the time now where we say ‘we need to do more’ and ‘how do we do that?’.”

It was recently confirmed that the phrases “It Takes All of Us” and “End Racism” would be seen in NFL endzones in the upcoming season.

Players have also been permitted to honour the victims of systemic racism by sporting their name or initials on their helmets. The NFL Votes initiative is meanwhile designed to encourage people to exercise their right to vote as America moves closer to Election Day.

Additional steps announced on Thursday also include plans to dedicate an entire one-hour programme on NBC to giving players a platform to discuss the work being carried out amid the push for social justice and racial equality.

Furthermore, clubs and ownership will help arrange meetings between state and local elected officials and leaders of law enforcement to improve community relations, while the NFL and NFLPA will work in unison to support college education for the children of the victims who will be honoured by the players.

“We’ve been talking to our players and we have a new initiative this year, obviously NFL Votes to make sure people register and get out to vote in a non-partisan way,” explained Goodell.

The coronavirus pandemic has been another prominent talking point in the build up to the 2020 season, inflicting major disruptions to the NFL’s schedule and forcing the introduction of strict safety protocols.

Players have undergone regular testing throughout training camp, with some being placed on a newly-introduced COVID-19 reserve list and others opting out of the season altogether. Multiple stadiums will also be closed to fans throughout the season, while those that are allowing spectators inside have limited their capacities.

“I think the number one thing is to have health and safety, your players and your coaches and fans at the forefront,” said Goodell.

“That’s the number one issue you have to continue to focus on and you make decisions in the best interest of that objective.

“We spent the entire offseason adapting to the pandemic and trying to find ways to operate effectively and I think all of us have to learn to operate and live with this pandemic.