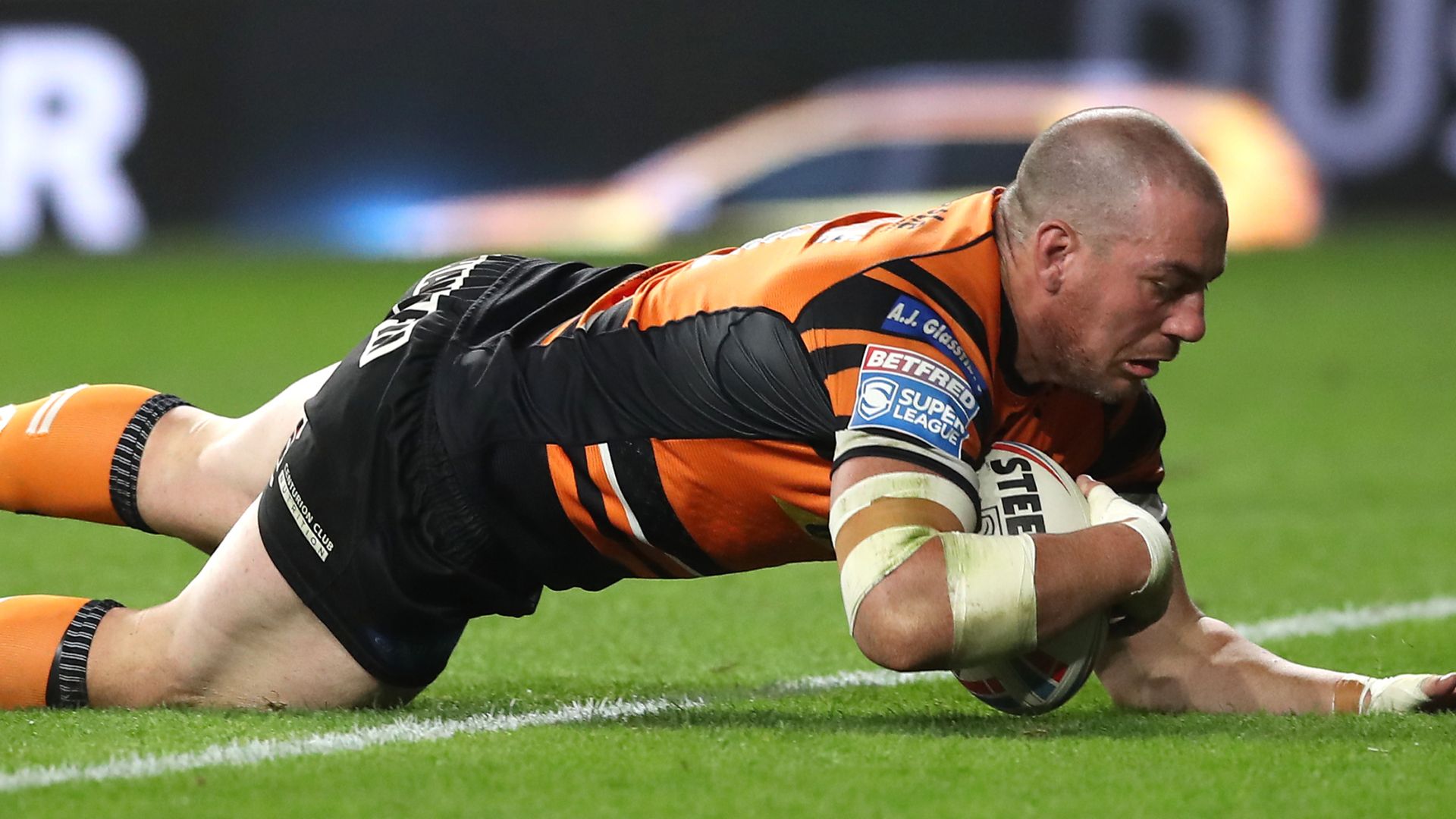 Castleford edged an 11-try thriller to earn their first points since the resumption of Super League with a 37-30 victory over Salford.

The Tigers were heading for a fourth successive defeat – for the first time under coach Daryl Powell – when the Red Devils stormed into an 18-0 lead after 11 minutes, but they found a purple patch to go 24-18 in front and held off their opponents in a ding-dong battle.

Castleford’s first win since they toppled champions St Helens in March revives their top-four hopes but Powell will be concerned by their defensive frailty.

Veteran half-back Kevin Brown opened the scoring after just two minutes, intercepting a pass from former Salford forward George Griffin and sprinting 50 metres for an opportunist try, and the recalled Krisnan Inu kicked the first of his five goals.

Castleford-bound full-back Niall Evalds then provided a glimpse of the excitement Tigers fans can expect in 2021 when he sliced through a gap in the Tigers’ defence for Salford’s second try, and hooker Joey Lussick added a third, diving over from close range on 17 minutes.

Castleford, who had Peter Mata’utia at stand-off on his return from suspension in place of the injured Jake Trueman, had barely seen the ball up to that point but they made the most of a sudden surfeit of possession by running in four tries in a devastating 13-minute spell to go in front.

Scrum-half Danny Richardson won the race to his grubber kick and captain Michael Shenton found a yawning gap in the Red Devils’ defence to add a second try.

It was then the Paul McShane show as the hooker grabbed two tries in as many minutes, burrowing his way over from close range before supporting a break by Richardson to double his tally.

With Richardson converting all four tries, Castleford suddenly found themselves leading 24-18, but Salford drew level just before the break when Luke Yates went in for their fourth try after fellow front rower Greg Burke had been held up on his back over the line.

Inu’s fourth goal made it 24-24 but the Tigers went back in front six minutes into the second half when prop Liam Watts offloaded from the tackle to Richardson and second rower Mike McMeeken backed him up to score.

Richardson kicked his fifth goal and Inu matched him five minutes later by converting winger Rhys Williams’ try from the touchline to lock up the scores for the third time and take his career points tally to 999.

Richardson coolly put over a drop goal on 64 minutes and Castleford made sure of the win when substitute forward Grant Millington raced onto Richardson’s grubber kick to claim their sixth try.

Richardson maintained his 100 per cent record with the boot by landing his sixth goal to wrap up the scoring.

‘If it were against Bayern, the referee would have whistled’ – Reus rages after Dortmund defeat