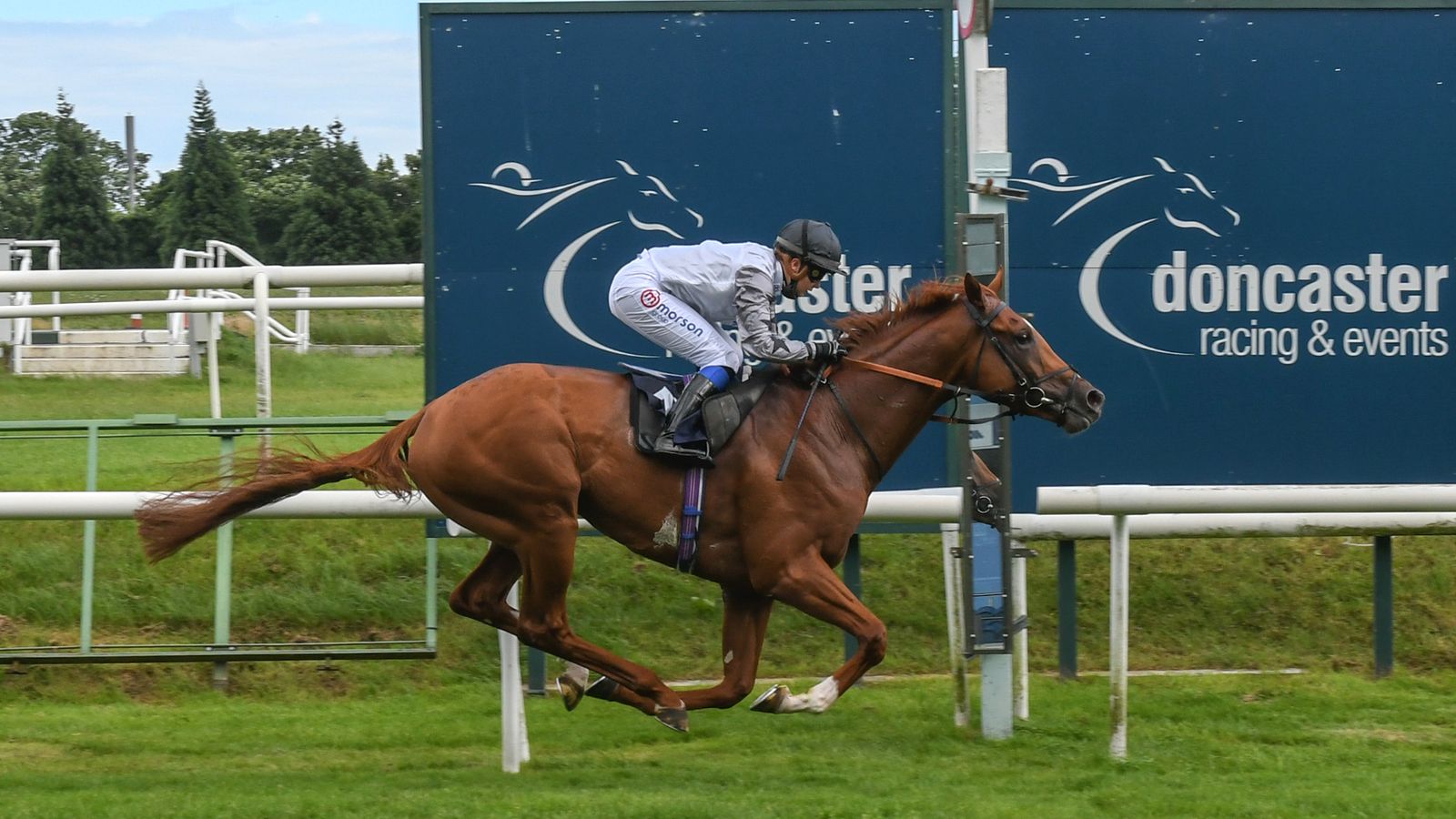 The unbeaten Tyson Fury is still on course for next week’s Pertemps St Leger – and if he makes the line-up, his world-famous boxing namesake will have an open invitation to watch him in action.

Richard Spencer’s giant colt made a mighty impression on his debut, and only start to date, with a fine staying performance to win a mile-and-a-half novice event at Doncaster in early July.

His part-owner Phil Cunningham confirmed the plan to return to Town Moor for Britain’s oldest Classic is still intact, even though it has not been possible to give Tyson Fury a second run en route to the St Leger.

“He’s magnificent,” Cunningham said of the towering son of Iffraaj.

“He’s named after a champion, so it’s just down to us now to try to make him one.

“He delivered on our expectations, and hopes first time out, and the plan since then has been the St Leger.

“Sometimes you’ve got to be brave, haven’t you?”

Cunningham plans to discuss details with Spencer this weekend, before entries for Doncaster must be made on Monday.

But at this stage, the hope is that Tyson Fury will take his chance.

“Very much so,” Cunningham added.

“Our plan was to have one more run, and then go, and obviously we’ve been unable to fit that in.

“I’m in Newmarket at the weekend – I’ll sit down with Richard (and decide for sure).

“If we put him in on Monday, barring anything physical happening between then and Saturday, he’ll run.

“He’s continuing to progress nicely in his work at home – he did a nice piece last week.

“The dilemma we’re going to have is taking on more experienced horses in a Classic after just one run.”

Tyson Fury is a big outsider with the bookmakers, against the likes of ante-post market leaders Santiago, Pyledriver and Hukum.

But Cunningham said: “I suppose the fortunate thing is his one run was at the track, over a slightly shorter trip, and he didn’t look like he was stopping.

“We’re confident he would get the trip, he acts on the track, and it looks like he’ll get the going – he needs a little bit of cut, but I can’t see it drying out that much between now and Saturday week.

“The only thing against us is time and inexperience.”

Tyson Fury has already needed plenty of the former, thanks to his physical stature.

“He’s a very big horse, always has been,” said Cunningham.

“I bought him as a foal, and he’s done nothing but grow.

“The combination of that, and the restrictions and delays we’ve had this year, it’s been very difficult to get runs into him.”

His famous boxing alter ego, Britain’s dual world heavyweight champion, will be contacted – as soon as the St Leger bid is set in stone – in case he has time in his schedule to head to Doncaster as limited crowds begin to return to racing as part of the relaxation of measures in the fight against coronavirus.

The planned meeting between the pair, at Spencer’s Newmarket yard, has yet to take place.

“Unfortunately not (yet),” said Cunningham.

“We have a mutual friend – a big supporter of Tyson’s, a chap called Joe Ricotta – who made the introduction.

“He allowed us permission to use the name, (and) I understand he watched him on his debut – so I hope he shared in our excitement then.

“(But) rather than tempt fate, and make all the arrangements and have to disappoint everyone if he didn’t run, I decided to wait and see that we definitely line up.

“On that basis, we’ll be getting in touch and inviting him along – let’s hope he’ll be able to make it.”