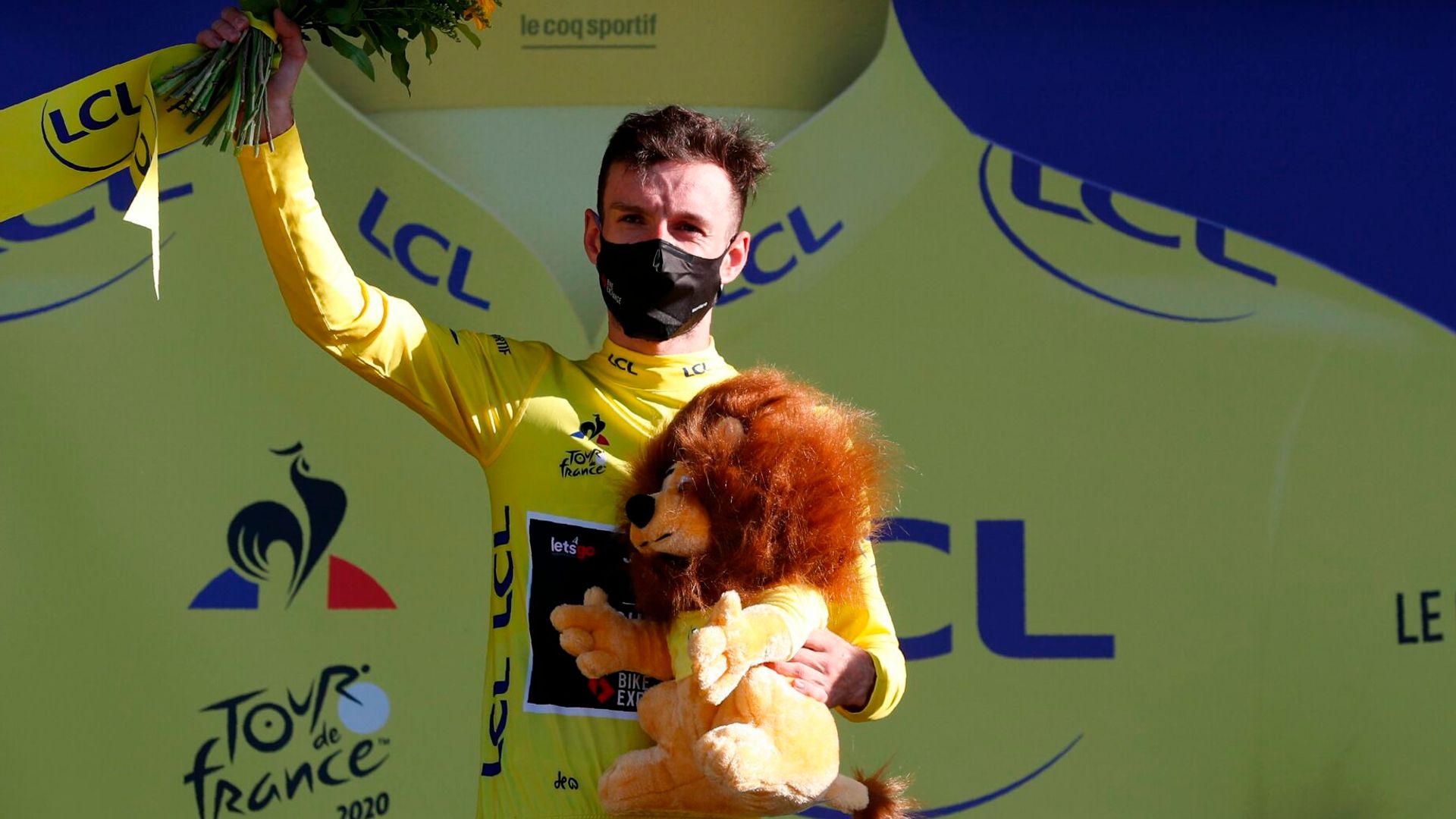 Adam Yates has become the ninth British rider to wear the yellow jersey at the Tour de France after Julian Alaphilippe was hit with a time penalty on stage five of this year’s race.

The 183-kilometre stage from Gap was raced at a remarkably serene pace without a breakaway but the drama came after Wout van Aert beat Cees Bol and Sam Bennett in a drag to the line, with Alaphilippe hit with a 20-second time penalty for taking an illegal feed inside the final 20km.

It was a bizarre mistake to make on such a quiet day, but one with huge ramifications as it cost Alaphilippe the lead, and dampened Deceuninck-QuickStep celebrations on a day when his team-mate Bennett took the points leaders’ green jersey from Peter Sagan.

Yates began the day four seconds down on Alaphilippe and was already back at the bus, showered, and looking forward to Thursday’s more challenging stage to Mont Aigoual when he was called back to the podium to accept the yellow jersey.

“It’s not the way I imagined taking the jersey,” said the Bury-born rider, who now leads by three seconds from race favourite Primoz Roglic.

“I’m not even sure what happened to Julian, I heard he got a time penalty for taking a feed late. If I’m honest I don’t think anyone wants to take a jersey like this but I guess we’ll wear it tomorrow.

“Tomorrow I was looking to try to take the jersey anyway so we’ll go in with the same tactics, try and win the stage and see what happens.”

The 28-year-old, who will join Team Ineos next season, came to the Tour insisting he would focus only on stage wins after an illness hurt his preparations to have another tilt at the general classification.

This time the key moves happened not on the road but in the commissaire’s room afterwards, with Alaphilippe’s indiscretions taking the shine off Bennett’s big day as he swapped the Irish champions’ jersey for the points leader’s green.

“It’s a bit disappointing,” said Bennett, the first Irishman to don green since Sean Kelly won the points classification for the fourth and final time in 1989.

“It’s a bit of the highs and lows today. We thought we’d have yellow and green but unfortunately we don’t have it now.

“I’m honoured to wear (green) at least once and I’m really happy that happened today. It’s hard to go for stages and the green jersey – today I was so focused on the green I almost forgot to really, really try to win.

“I’ve never had such mixed feelings in my career. I’m really happy to have green but sad to have lost the stage. But I did everything I could. In the last two kilometres I didn’t have the legs to sprint, but I’m pretty happy with my performance in the end.”

Victory for Van Aert was another feather in the cap for the powerful Jumbo-Visma squad after he did so much to help set up Roglic’s stage win a day earlier on the climb to Orcieres-Merlette.

“I knew it was a stage that suited me so I’m happy that I got an opportunity from the team to go for it, and if you can finish it off it’s even more sweet,” the Belgian said.

“I have my stage win now so from now on I will support the team even harder.”