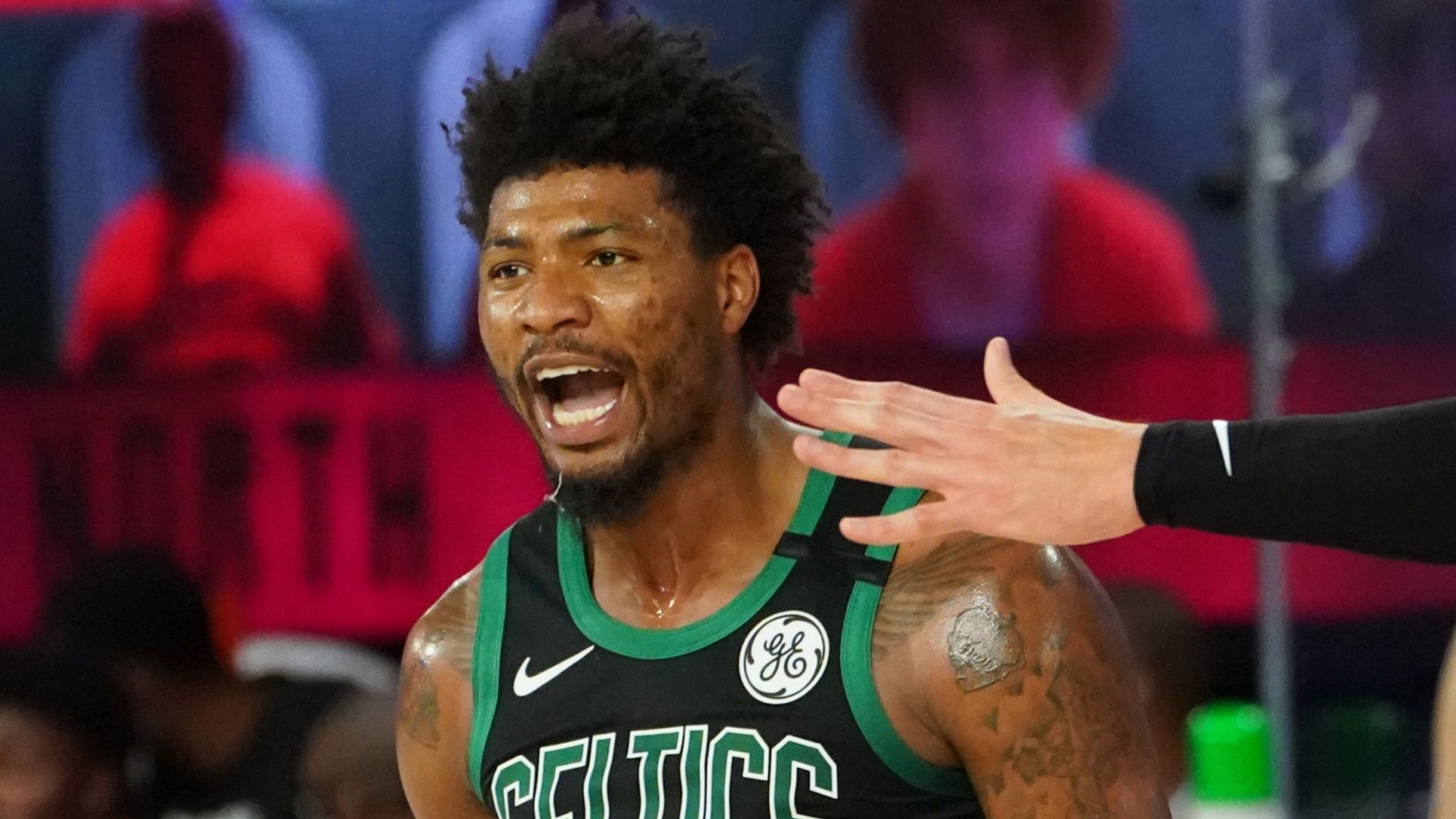 Marcus Smart said making the first shot was key after he nailed five fourth-quarter, three-pointers to propel the Boston Celtics to a Game 2 win over the Toronto Raptors.

Smart did not like a call that went against him late in the third quarter, a moment that made it seem like the Toronto Raptors were taking control against the Boston Celtics.

So, in the fourth quarter, he took matters into his own hands.

Smart changed the game with 16 points in a dazzling three-minute stretch early in the fourth and the Celtics have the reigning NBA champions in serious trouble. Boston topped Toronto 102-99 on Monday night, taking a 2-0 lead in their Eastern Conference semi-final match-up.

Once I saw the first one go in, I knew, Smart said. He was right.

Boston have now won six straight playoff games, their first such streak since 2017. The franchise record is seven consecutive post-season wins, set on the way to the 1986 NBA title.

“My team-mates believed in me,” Smart said after the Game 2 victory. “Before I hit the first one to go that big streak, my team-mates told me, ‘we need a big play from you, come out and be you’. [The Raptors] kept leaving me open. A couple of my shots were in and out, I knew they would start falling. Just keep shooting.”

Smart made five three-pointers in a span of three minutes and four seconds, turning the last of those into a four-point play as the Celtics erased what had been a 12-point deficit late in the third. In doing so, Smart became the second player in these playoffs to make five three-pointers in a fourth quarter. Denver’s Jamal Murray did it twice in the first six games of the Nuggets’ series against Utah.

Kemba Walker scored 11 of Boston’s final 16 points from there, the last of them a step-back jumper in the final minute, and the Celtics added to a season of mastery over Toronto. Not only do they lead the series 2-0, but they are 3-0 against the Raptors in the NBA’s restart bubble and 5-1 against them this season.

Jayson Tatum finished the game with a playoff-career-high 34 points. Smart scored 19 points, Walker had 17 and Jaylen Brown scored 16 for the Celtics.

Speaking on court after the game, Smart said of Tatum: “He continues to grow. We are seeing spectacular plays, night in and night out, each and every time he steps on the floor. That’s all you can ask. He is doing his job and helping us get these ‘dubs’ (wins).”

Game 3 takes place on Thursday night (11:30pm UK time) and Smart knows the Celtics have no room for complacency against the defending NBA champions.

“We have got to continue to do what we have done in Games 1 and 2, but even better,” he said.

“We know Game 3 is going to be a dogfight. They are the defending champs, they have been there before and they know what it takes. It is going to take every last one of us.”