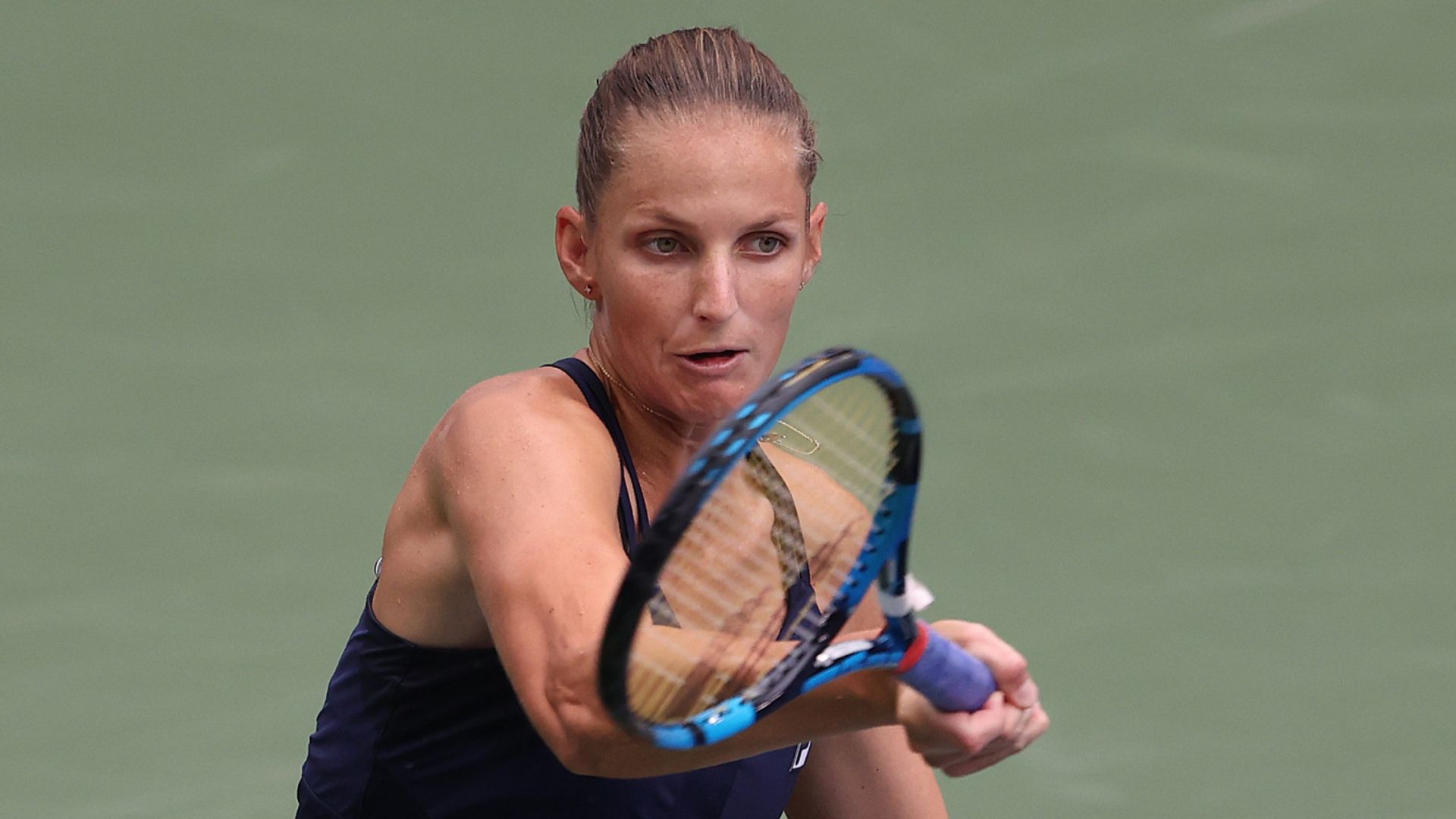 Top seed Karolina Pliskova has been knocked out of the US Open, with Angelique Kerber and Petra Kvitova safely progressing through to the third round.

Pliskova had a woeful start to her second-round encounter with the world No 50 Caroline Garcia and never fully recovered from it.

After hitting just one winner in the opening set and losing it 6-1, she was unable to produce the tennis required to secure the second set tie-break and force a decider.

The 6-1 7-6 (7-2) result for Garcia is her sixth career victory over a top-five player and she has booked a meeting with Jennifer Brady in the next round.

There was better news for the 2016 US Open champion Kerber. This competition marks her playing in her 50th Grand Slam and she opened inside the Louis Armstrong Stadium in a positive fashion.

She took an hour and 40 minutes to secure her 6-3 7-6 (8-6) result against her compatriot Anna-Lena Friedsam and will face either Ann Li or the 13th seed, Alison Riske, in the next round.

“It’s always special to return to a place where you won,” Kerber said. “It’s a really special place for me, where it all started in 2011, and I’m still here competing. This is what I love.”

The sixth seed Kvitova played two contrasting sets in order to prevail over Kateryna Kozlova in her second-round match.

“In the first set it was kind of tough,” Kvitova said after the match.

“I was really fighting a little bit the opponent but with myself as well. There were a lot of nerves over there.”

Kvitova will now play Jessica Pegula in the third round, who took two and a half hours to push past Kirsten Flipkens on Court 11.

Playing on one of the biggest stadiums in tennis without fans is a whole new experience.

You know one thing we won’t ever take for granted again? The noise of a crowd.

Thank you to those cheering from afar 💪🙏#USOpen pic.twitter.com/ZE6e9QsWYd

One of the most impressive performances of the day was delivered by Varvara Gracheva, the world No 102. She faced the 30th seed, Kristina Mladenovic, and found herself in a spot of bother at 6-1 5-1 down.

After weathering four match points, Gracheva found something special in the second match of her first Grand Slam.

Miraculously, she turned the match around and won 1-6 7-6 (7-2) 6-0 after two hours and 13 minutes. A third round meeting with the eighth seed, Petra Martic, is her reward.

Aliaksandra Sasnovich was another to put out a seeded player as she took just 65 minutes to record a 6-1 6-2 result against the 12th seed Marketa Vondrousova.

Vondrousova’s 21 unforced errors contrasted with Sasnovich’s 10 and she won just 21 per cent of points on her second serve.

Sasnovich will look to replicate her work in the third round when she faces another seeded player, Yulia Putintseva, who put out Vera Lapko in straight sets on Court 7.