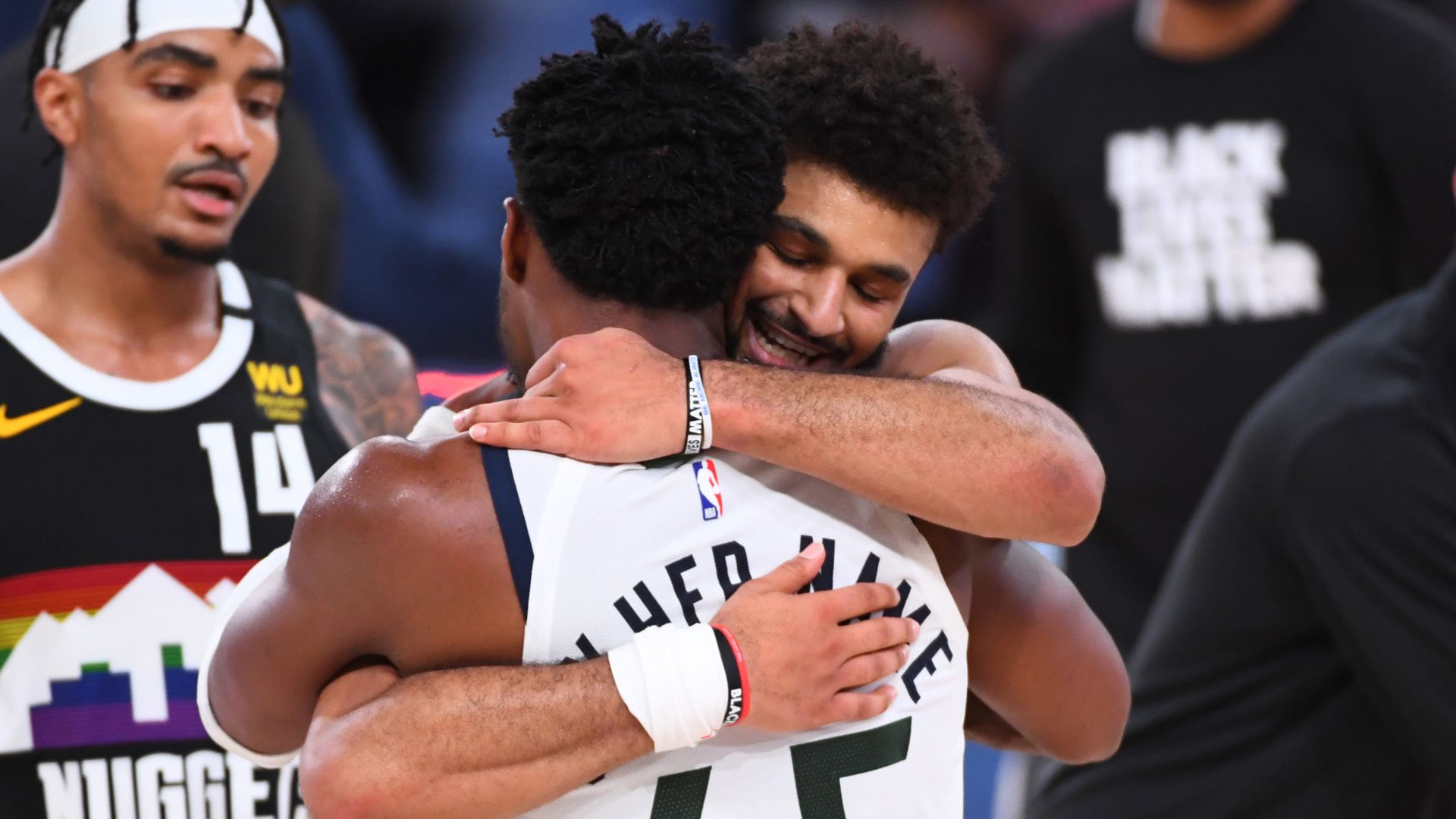 Staging the NBA playoffs in a bubble is one thing. Playing a Game 7 in a time machine is something altogether different.

The way the Denver Nuggets and the Utah Jazz had torched each other through the first six games of their first-round playoff series – putting up nearly 235 points each game, on average – another scoring spectacle seemed certain.

Jamal Murray and Donovan Mitchell had spent most of the series matching bucket for bucket, moment for moment, lighting up not only the scoreboards in the Disney campus but the NBA record book. They shot their way in, joining the likes of Michael Jordan, Allen Iverson, Jerry West and other big-time post-season points producers by going for 30, 40, even 50 points (twice each) or more.

There was no reason to think it would stop. In fact, the NBA’s broadcast partners knew they were onto a good thing and started touting the one-on-one shootout as soon as Game 7 hit the schedule.

And then the Nuggets and the Jazz dragged everybody back to the 1990s, for an old-school NBA grindfest.

No, 80-78 was not the half-time score – that was the final. Way back in October, when Houston beat Washington 159-158 in the 2019-20 season’s first full week, the Rockets and the Wizards each scored more than the Nuggets and the Jazz posted together on Tuesday night.

Denver got 15 points in the third quarter, 15 more in the fourth, and still managed to advance to a Western Conference semi-finals match-up with the LA Clippers. Game 1 is on Sky Sports Arena in the early hours of Friday morning (2am).

The individual shootout never happened. Denver’s Murray and Utah’s Mitchell wound up combining for 39 points, about half of what they had been averaging.

Murray suffered a bruised left thigh during the action, colliding with Utah’s Joe Ingles as he pushed the ball in transition. Mitchell was the series’ hardest-working player by far and had to be running on fumes by the end. And it is true, as both agreed, they and their team-mates had missed some shots every bit as good as ones that dropped throughout the previous six games.

But the biggest reason the offensive tap got turned off was the level of defense the Northwest Division rivals played. Only makes sense, right? Both of them spent 48 hours after Game 6 brainstorming ways to at least slow down Murray or Mitchell, respectively. The team that did it better had a great shot to advance.

So, of course, they both tightened up on the star guards.

Then there was the Game 7 effect, with the pace slowed, possessions treasured and a heavy dose of playing-not-to-lose stirred in.

Each team choked off the other for stretches. Utah scored only 36 points in the first half and trailed by 14. Denver got their 30 after the intermission and had to sweat out Mike Conley’s desperation three-pointer at the buzzer that rimmed out.

Neither team cracked 40 per cent in shooting. They missed 49 of 65 three-pointers. It was far from the style to which we have grown accustomed each spring from Golden State or Houston, a back-and-forth struggle to get and make good looks.

And it was tremendous.

Denver used their length effectively early to cut off passing angles and shield the rim. The Nuggets trapped effectively against Utah’s pick-and-roll, too, especially early in the largely half-court game.

The Jazz got their turn after half-time. Center Rudy Gobert, after being hampered by early fouls, got more aggressive. He challenged Denver players who intruded through the lane and, despite Nikola Jokic’s 30 points, made the Nuggets center work hard or stray outside.

It was the scratching, clawing kind of game that, let’s face it, was all too common in the 1990s, before shot value and true shooting and other analytics pushed the game out to the corners and beyond.

It was the kind of game in which guys like Gary Harris and Royce O’Neale could have an impact nearly as great as Murray or Mitchell. Harris, a solid two-way player with more consistent value as a defender, was playing for only the second time since early March, returning for Game 6 from a hobbling hip injury.

Harris made Mitchell’s night hard, denying the Jazz guard easy catches or unchallenged progress up the floor. Then with less than nine seconds left, he poked the ball away from Mitchell from behind for the game’s single biggest stop.

“Some people can look at this box score and say, ‘Gary Harris struggled, he was 1-of-9 from the field,'” Denver coach Michael Malone said. “But we don’t win this game without Gary. His defense, his containment, his one-on-one pride is just outstanding. That’s why he’s been such a big part of our team for the last five years.”

O’Neale, an undrafted forward out of Baylor in 2017, signed a four-year deal with Utah in January, about seven weeks before the virus shutdown. He started 62 games during the season and showed real value (plus 5.2 net rating), none more so than his work in Game 7 against Murray. With assistance from team-mates, O’Neale’s focus helped limit the explosive Denver guard to 7-of-21 shooting and a minus-4 night overall.

“Royce was on him, Mike was on him, Donovan at a certain point felt he wanted to guard him,” Jazz coach Quin Snyder said. “The entire game was such a competitive, hard-fought game, there was nothing that was easy.”

“Maybe one rebound, one loose ball, two free throws,” Gobert said. “You really realise what the great teams go through to control the details. And do it over and over and over.”