QUEENSBERRY PROMOTIONS is expanding with the exciting launch of Queensberry Poland.

The new operation will be headed up by leading Polish fight figure Mariusz Krawczynski who has formed the company with Francis Warren.

There will be regular Queensberry Poland shows and Krawczynski and Warren are already signing some of the country’s best young boxers.

Krawczynski said of the new partnership: “This is a very exciting link-up and we have shown our intentions by signing Michael and Kamil who are two of the best amateur boxers in Poland.

“Kamil has had a bit of time out, but he is a big name in Poland and just 21-years-old.

“I have set up Queensberry Poland with Francis, and the venture will do so much for boxing in Poland.

“We will get maximum exposure for our boxers in Poland and very soon we will be staging our own promotions.

“We have two broadcasters I am speaking with and we will work out the best way to do this.”

Francis Warren added: “Poland has got a history of world champions, but they have all had to go to America for marquee fights and paydays.

“We want to make Poland a boxing powerhouse so homegrown stars can win and defend world titles at home instead of having to travel halfway across the world.”

Frank Warren said: “We are always looking to expand the Queensberry Promotions brand and after doing a lot of work and meeting Mariusz, Poland appealed.

“We will be signing top Polish amateurs who we can build and make them into champions of tomorrow.

“Queensberry has a track record of doing that and I believe we can lift Polish boxing to an all-time high over the next few years.

“I am sure that when young Polish boxers meet Mariusz and Francis they will know their careers are in good hands.

“We will also help get the boxers exposure on British shows and some of our fighters based here can go across to Poland and gain invaluable experience.”

News of the inaugural Queensberry Poland show and broadcasting arrangements will be announced shortly. 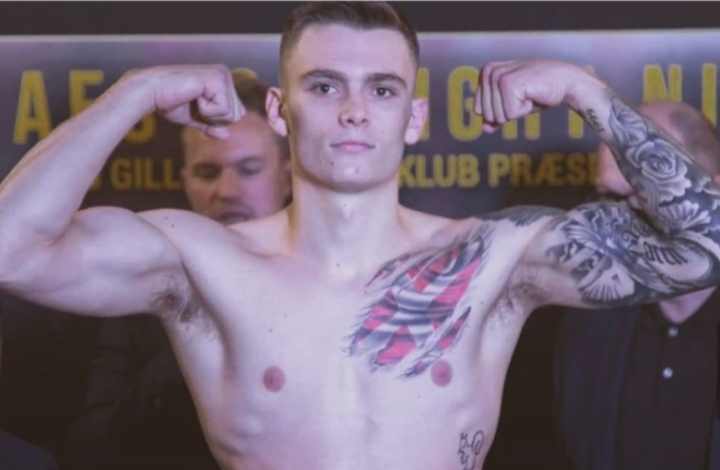 The 20-year-old from Roskilde, who is trained by five-time World Champion Mikkel Kessler, is one of the most exciting fighters to come out of Denmark in recent years. A four time national champion who is undefeated after two paid bouts, Zaren will be making his promotional debut on September 26th in Struer.

“I have always dreamed about signing with Team Sauerland,” said Zaren. “I’ve always followed them and watched their fighters. From the moment I started boxing, I said if I turned pro, I want to sign with Team Sauerland, and now I’m here. This is a very big thing for me.”

With Sauerland as his promoter and Danish boxing legend Mikkel Kessler as his trainer, Zaren believes he has the perfect team to bring him to the top.

“I would definitely call it the dream team,” he says.

“My relationship with Mikkel is very good. He has always been a big inspiration for me. When I was little and he was in the Super Six, my Dad used to wake me up in the night so that I could watch his fights. He is training me together with Thomas Macon. We have a really good connection.

“I want to be the best and I want to impress. I know Team Sauerland can help me reach my potential. They can give me big fights and that’s what I want.”

Mikkel Kessler is full of praise for his protégé and says he has made the right decision signing with his former promoter Team Sauerland.

“Oliver has huge talent and he’s working very hard,” said ‘The Viking Warrior’. “Of course anything can happen at a young age but I see a fabulous talent. He’s got the skills, he’s got the reach, he can fight left hand, right hand, so he can go all the way. The best thing about signing with Team Sauerland is I know they can take you to the top levels and that’s why he is signing with them.”

Promoter Nisse Sauerland sees huge potential in his latest signing and believes Zaren can already stake his claim as the best super middleweight in Denmark.

“We believe Oliver is the future of Danish boxing,” he says. “With Mikkel and Thomas in his corner, he has a world class training team, which combined with our expertise, can bring him to the very top of the sport. I already see him as the best 168lber in Denmark, and I include Patrick Nielsen in that list. I would happily put him in with Patrick next. Like his trainer, this guy is a future world beater!”

The Afghanistan born, Norwegian based fighter is 7-0 and is looking forward to jump back in the ring and resume his boxing career. Nazari trains with Henning Lillejord and Nils Kapstad at the Aik-Lund boxing club

“I want to get to the top in world rankings and be a good role model for the new generation. I know I have joined a great team and training harder than ever. I looking forward to get back in the ring and do what I love to do.”

Oceania Manager of the year Tony Tolj added: “I am delighted to be working with Nazari now he’s got the backing of Dragon Fire Boxing, I am confident we can take Nazari to the next level and build on his success.”

Canelo: Saunders is a Very Difficult Fighter and Has a Belt

Saunders: I Have The Tools To Beat Canelo, Cement My Legacy