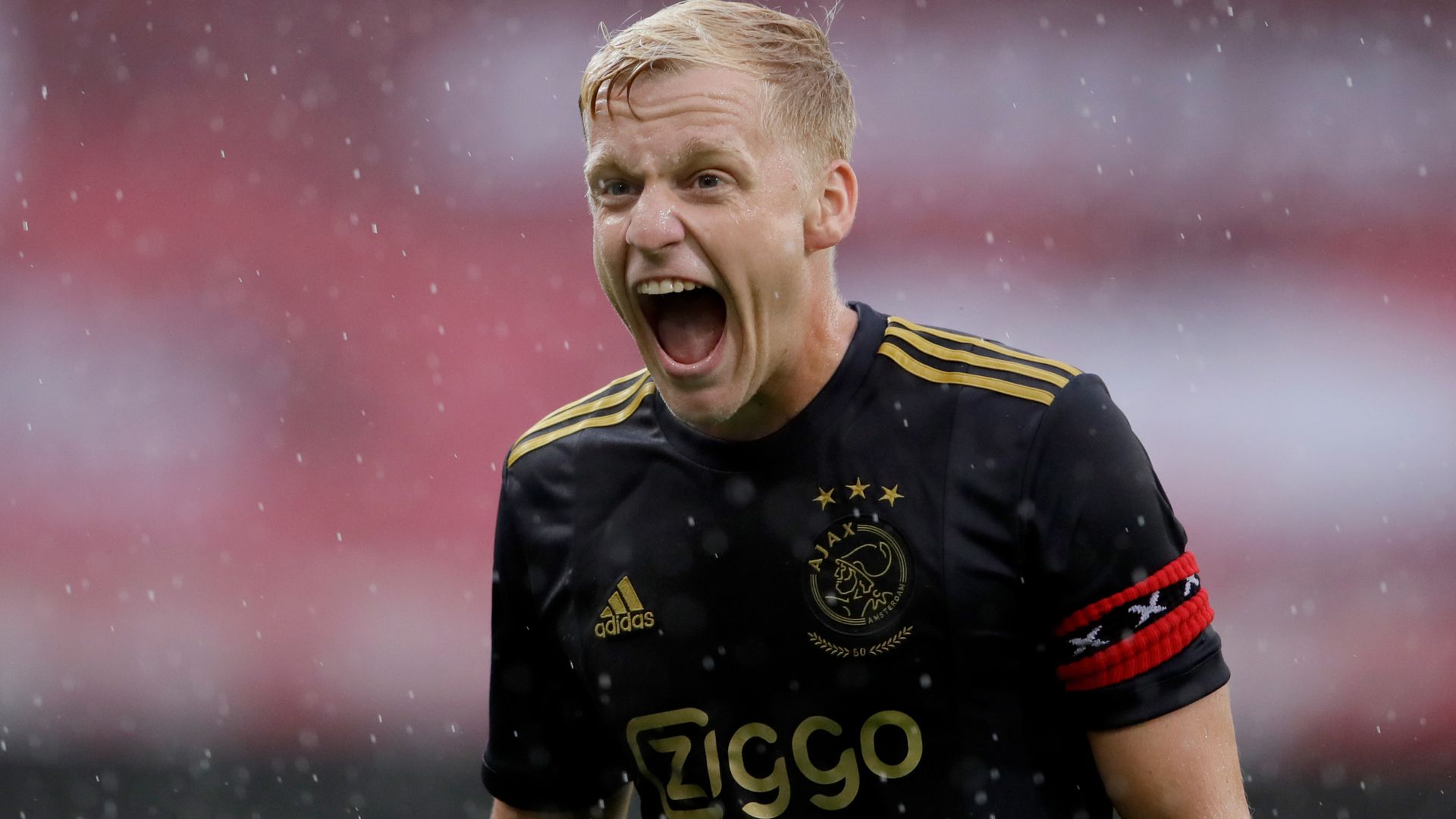 Manchester United have signed Donny van de Beek from Ajax on a five-year deal for a fee rising to £39m.

The 23-year-old will travel to the UK after his country’s Nations League games against Poland (September 4) and Italy (September 7). The completion of the deal before those fixtures means he will not need to self-isolate for 14 days, the government confirmed to The Transfer Show.

Van de Beek said: “I cannot begin to explain how incredible an opportunity it is to join a club with such an amazing history. I would like to thank everyone at Ajax, I grew up there and I will always have a special bond with the club. I am now ready to take the next step in my career and perform at the highest level and there is no higher standard than Manchester United.

“Everyone has told me how amazing the Old Trafford atmosphere is and I am looking forward to experiencing that, once it is safe for the fans to return.

“This team has some of the best midfielders in the world and I know that I can learn from them and also bring my own strengths to the group. Having spoken to the manager about his vision for this team, the direction that the club is going in is hugely exciting and I cannot wait to be a part of that.”

United manager Ole Gunnar Solskjaer was delighted to complete the deal, and said: “Donny has all of the technical attributes needed to perform in this team and has the personality required to succeed at Manchester United. His ability to see space, time his movements and read the game will really complement the qualities that we have in midfield and his arrival really strengthens the depth of talent we have in that position.

“Donny’s performances in the Eredivisie and in Europe have been excellent over the last few years and we are all looking forward to working with him.”

United had scouted Van de Beek extensively, with the player left out of Ajax’s squad for the Dutch champions’ friendly with Eintracht Frankfurt on Saturday amid rumours of an imminent move away.

Van de Beek helped Ajax reach the 2018-19 Champions League semi-finals, scoring four goals along the way and 41 in all competitions over the last three seasons.

He had been repeatedly linked with a move over the past few months, with Ajax chief executive Edwin van der Sar revealing in May the midfielder would be allowed to leave, but only for a suitable fee.

The player was also close to joining Real Madrid prior to the coronavirus pandemic, but did not undergo a medical or sign an agreement with the club.

Analysis: Where will Van de Beek fit in at Man Utd?

Donny van de Beek has been a key figure for Ajax over the last three seasons, helping them reach the Champions League semi-finals in 2018/19 and scoring 41 goals in 175 appearances overall.

He had been scouted extensively by Manchester United, according to Sky Sports News, but will Ole Gunnar Solskjaer be able to fit him into the same midfield as Bruno Fernandes and Paul Pogba?

Van de Beek is best known for his attacking qualities. He has provided a regular stream of goals and assists from midfield during his time at Ajax. He also ranks highly in terms of recovering possession in the final third, further underlining his tendency to play high up the pitch.

But with Bruno Fernandes and Paul Pogba already in place at Manchester United, he may be needed in a deeper role at Old Trafford.

Solskjaer favours a 4-2-3-1 formation, and while Van de Beek’s record suggests he would be best suited to the No 10 role in that system, there is little prospect of Fernandes losing his place in the side.

Van de Beek is therefore more likely to be paired with Pogba at the base of midfield as an alternative to Nemanja Matic.

Analysis: Why was Van de Beek so in demand?

Donny van de Beek was a man in demand, but why did he garner so much attention?