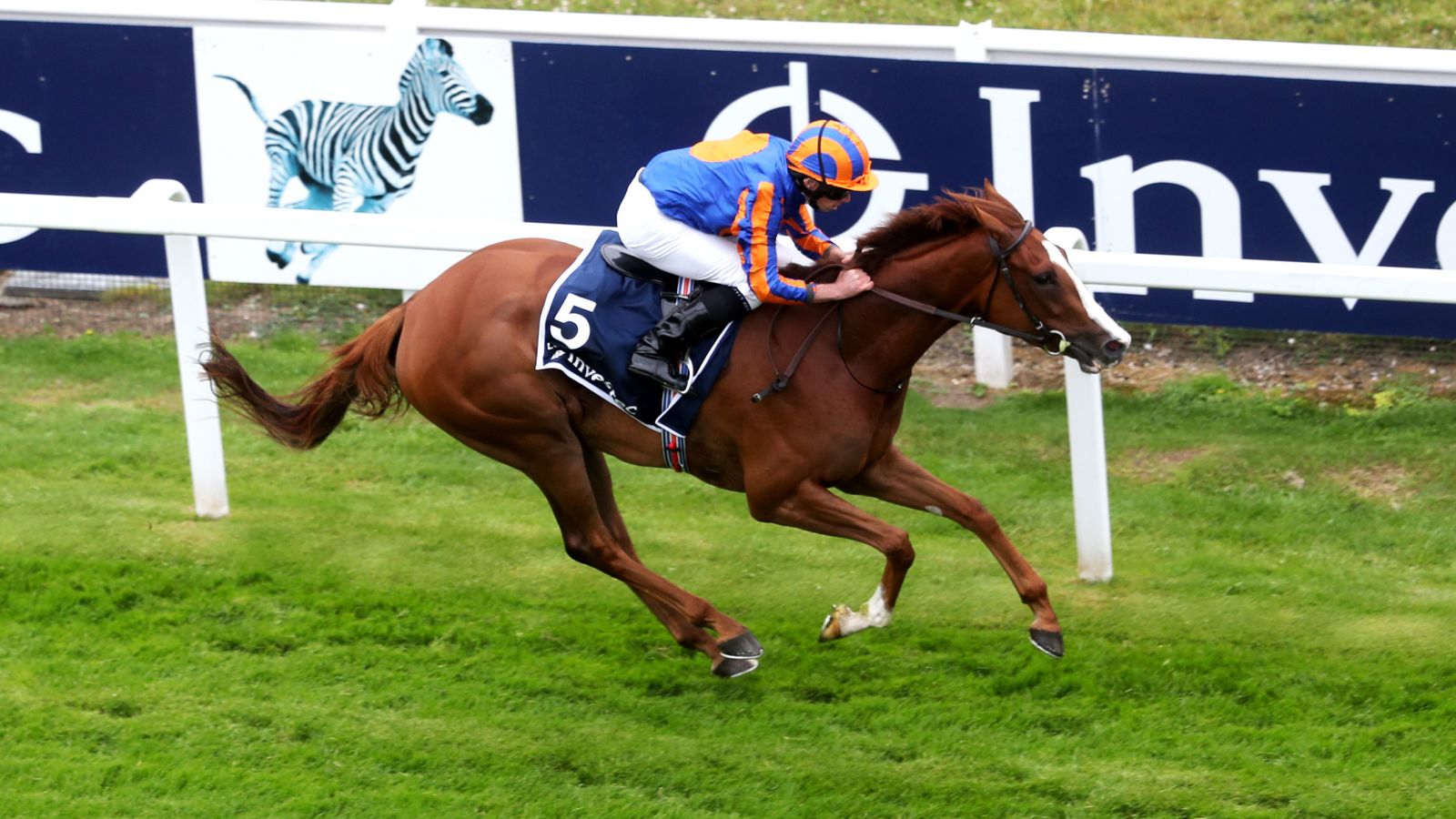 Love is reported to be thriving and firmly on course for the Prix de l’Arc de Triomphe, as she begins to limber up for the European middle-distance championship on the first Sunday in October.

The Aidan O’Brien-trained filly has won the 1000 Guineas, Oaks and Yorkshire Oaks already this season, and in the view of Frankie Dettori – who will partner Enable in her bid to make history at ParisLongchamp with three victories in the great race – deserves to be favourite for France.

O’Brien said: “That was always the plan – to have the three runs, then the Arc and see whether we go to America (Breeders’ Cup) or not. That’s still the plan, and everything looks so far so good with her.

“Frankie is a seriously experienced fella, and obviously it was nice to hear him saying that, and no one knows all the form lines in the races better than Frankie.

“But everything is well with her. We had it spaced out that there was a six-week gap from York to France – and that’s what we were very happy with.

“We got chance to give her a couple of easy weeks, and then her programme would start building up again, and she’s back into her programme already – she’s very fresh. She’s doing nice canters at the moment, which she has to do to keep her right, because she gets very well and fresh in herself.

“Wayne (Lordan) rides her in all her work and he’s very happy with her. It’s going to be interesting and it will just make the whole autumn very interesting really.”

While O’Brien and Dettori will be in opposition in the Arc, they are set to team up at the Doncaster St Leger meeting next week, with the Ballydoyle trainer set to call on British-based jockeys there.

Irish Derby hero Santiago is one of the intended O’Brien runners for the Pertemps-sponsored Leger on Town Moor.

O’Brien said: “We have spoken to Frankie, and he’s going to be there for the Leger – which is great for us – so hopefully he will ride some of ours.

“We haven’t really discussed it, but I’d imagine that (using British-based riders) is what will happen because we’ll probably have a lot of runners here (for Longines Irish Champions Weekend) and we’ll need the lads here. The problem is if the lads go there they can’t do anything for the next two weeks after it.

“I’d imagine we’ll probably need them at home for that weekend, and we have Frankie and William (Buick), James (Doyle), Adam (Kirby) and Oisin (Murphy) – they’ve all ridden for us, and we’re delighted they’ve agreed to do that whenever we have needed them. I think we’ll be OK that way.”

Of Santiago, last seen finishing third to Stradivarius in the Goodwood Cup, he said: “Everything has gone well since Goodwood. It didn’t really work as we’d have liked – but it didn’t do him any harm, and he seems to be in good form.

“He’ll have a busy week this week, and that will tell us a lot.”

O’Brien also confirmed Investec Derby winner Serpentine on track to reappear in the Grand Prix de Paris on Sunday week – and that he could also potentially join Love in the Arc.

He said: “He had two quick runs leading up to the Derby – he’d only run the week before – and after the Derby he was a little bit quiet and a little bit tired and needed a little bit of time, but we always thought he was a very smart middle-distance horse.

“He has a busy next 10 days, so it will be interesting how it goes – but if we run him it will be a run to get him started and back, and then see where we go after that. But obviously a race like the Arc or something like that would be possible.

“Either way, we are hoping we will have him for next year.”

Who are the Golden Boot candidates in Europe?

Reading’s Olise set for the top