The only thing he hasn’t been able to experience since then was the feeling of actually holding the title in his hands. That changed for the San Antonio native last month, when he finally received his World Boxing Association (WBA) “Regular” 115-pound crown at Golden Boy Promotions’ headquarters in Los Angeles.

“It feels good to finally have a world title in my hands,” Franco noted to BoxingScene.com and other reporters during a recent virtual media roundtable discussion. “I just finally received my belt [on Tuesday]. It feels good to actually hold it. I‘ve been waiting for it.

“Now I finally got it and it’s such a great feeling. I can’t wait to get back to San Antonio with it.” 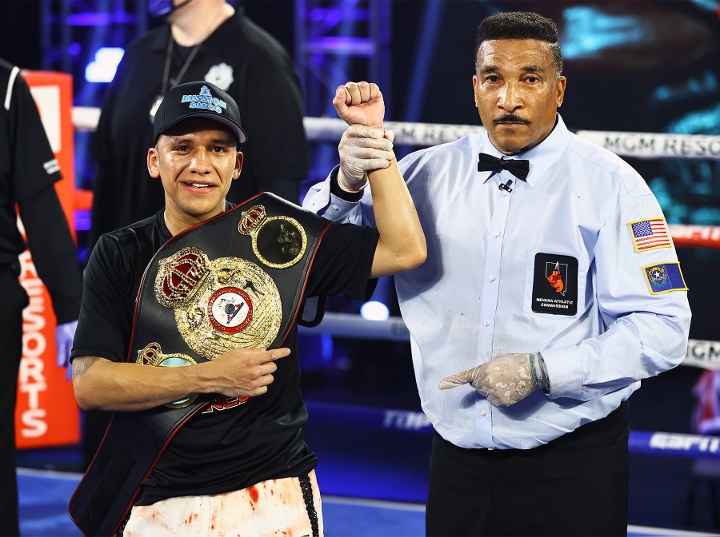 Franco (17-1-2, 8KOs) claimed the strap in a hard-fought 12-round decision win this past June in Las Vegas, dealing Moloney his first career defeat in the process. The win put the 24-year old in prime position to make life-changing money in the stacked junior bantamweight division, even beginning with a contractually obligated rematch with Moloney later this year.

A grand total of none of that will ever allow the mild-mannered Franco to abandon his roots.

“Life is the same. I’m just a world champion, now; that’s the only difference,” insists Franco. “It feels good to have a world title and to finally be a target. I’m ready for anything.”