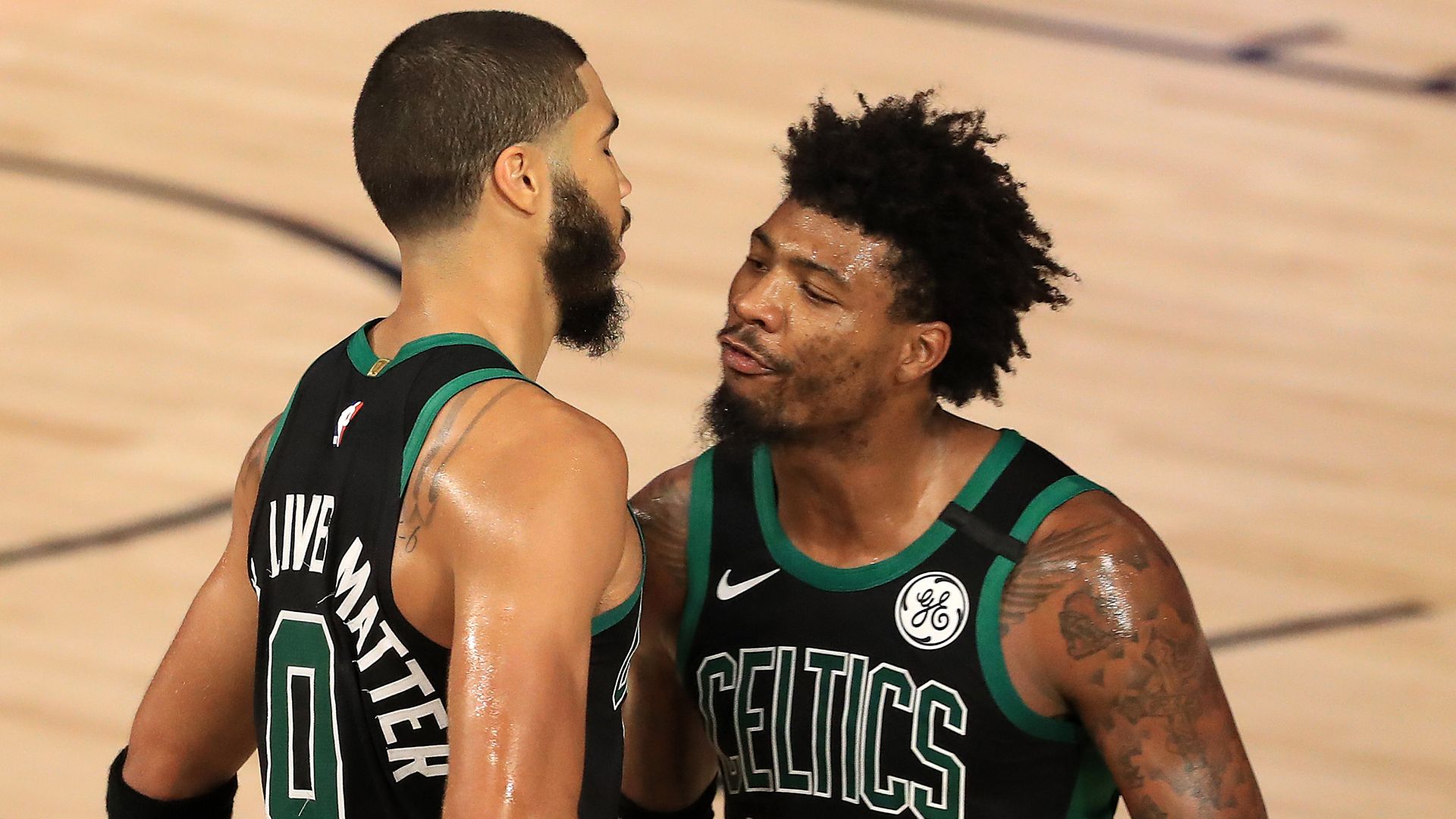 Jayson Tatum scored a playoff-career-high 34 points and Marcus Smart sunk five three-pointers during a furious fourth-quarter comeback as the Boston Celtics rallied past the Toronto Raptors 102-99 in Game 2 of their Eastern Conference semi-final series on Tuesday night.

Smart had 19 points, Kemba Walker added 17 and Jaylen Brown 16 as the Celtics took a 2-0 lead in the best-of-seven series. Game 3 will take place on Thursday night.

Down by as many as 12 late in the third quarter, the Celtics entered the fourth trailing 78-70. Smart, who had three points through the first three quarters, then took over.

Smart nailed a trio of threes as the Celtics got within 80-79. He knotted the score at 82 with another trey to complete a 16-4 Boston spurt.

Anunoby completed a three-point play for the Raptors, and Smart responded with another three and the foul for an 86-85 edge with 7:55 remaining. Tatum nailed a three, and Boston went up 93-87 with 5:41 to go.

A VanVleet trey got Toronto within 95-92. After Tatum and Kyle Lowry each hit two free throws, Walker drilled a three for a 100-94 lead with 2:24 left.

Lowry hit a technical free throw and two more at the line to get the Raptors within 100-99, but Walker hit another bucket for a three-point Celtics lead with 41.6 ticks remaining.

VanVleet’s chance to tie the game at the buzzer bounced off the board.

The Raptors, who trailed from start to finish in Game 1, got ahead 17-9 in the first quarter, but the Celtics battled back to knot the score at 28 after one. Boston went up 50-45 on a Grant Williams dunk with 45.5 seconds left in the half, but Pascal Siakam beat the buzzer with a three to cut the margin to 50-48 at the break. Toronto had no free throws in the half.