“It’s nice to feel appreciated with Wales. I’ve tried to leave Real Madrid. The club make things very difficult. I am under contract, so it’s in the club’s hands”

Gareth Bale says he would consider a return to the Premier League if Real Madrid finally let him leave the club.

Bale blames the Spanish club for not allowing him to leave sooner and says it is nice to feel “appreciated” when he joins up with the Wales squad.

The 31-year-old almost left Real Madrid last summer for a move to China but it was blocked at the last minute.

Since then, Bale has made just 20 appearances for the club and only two of those came after football’s restart following lockdown.

Speaking before Wales’ UEFA Nations League fixtures with Finland and Bulgaria, Bale exclusively told Sky Sports News: “I think everyone knows how much I love coming away with Wales. It’s nice to be back at a place where you are a little bit more appreciated and supported by your fans no matter what.”

The Welshman says he wants to play football and would consider a return to the Premier League if Real Madrid allow him to move on.

“If those options arise (interest from Premier League clubs) it is something I’d look at for sure,” he added.

“We’ll see what happens, we have plenty of time in this transfer window and a couple of others as well. Time will tell but mainly I think the reason is that the decision is in Real Madrid’s hands.

“I tried to leave last year but they blocked everything at the last second. It was a project I was excited for but it didn’t materialise.

“There have been other instances where we have tried to go but the club won’t allow it or they’ve done something. It’s down to the club.

“I want to play football, I am still motivated to play football, so I guess it’s on the club. They are in control of everything. I have a contract, all I can do is carry on what I am doing and hopefully something comes up.

“I am only 31 still but I feel I am in great shape still and feel like I have a lot to give. We will see what happens. It’s in the club’s hands but they make things very difficult to be honest.”

Bale turns his attention to Wales’ trip to Finland on Thursday before a meeting with Bulgaria in Cardiff on Sunday in League B Group 4 of UEFA’s Nations League, live on Sky Sports.

After helping guide his country to the semi-finals at Euro 2016, he’s excited for next year’s delayed tournament.

Bale said: “We have two big games coming up. This is the start for us to prepare for the Euros next year. 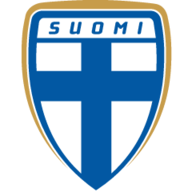 “We’re all focused. We haven’t had much time to prepare for these games. I haven’t been back in training yet, I have just come back off holiday.

“I have kept myself fit over the summer. We just need to prepare for next year’s Euros. We have a lot of games leading into that and it starts on Thursday.”

You will be able to watch all 162 UEFA Nations League group games, plus the semi-finals, third-place play-off and final live on Sky Sports.