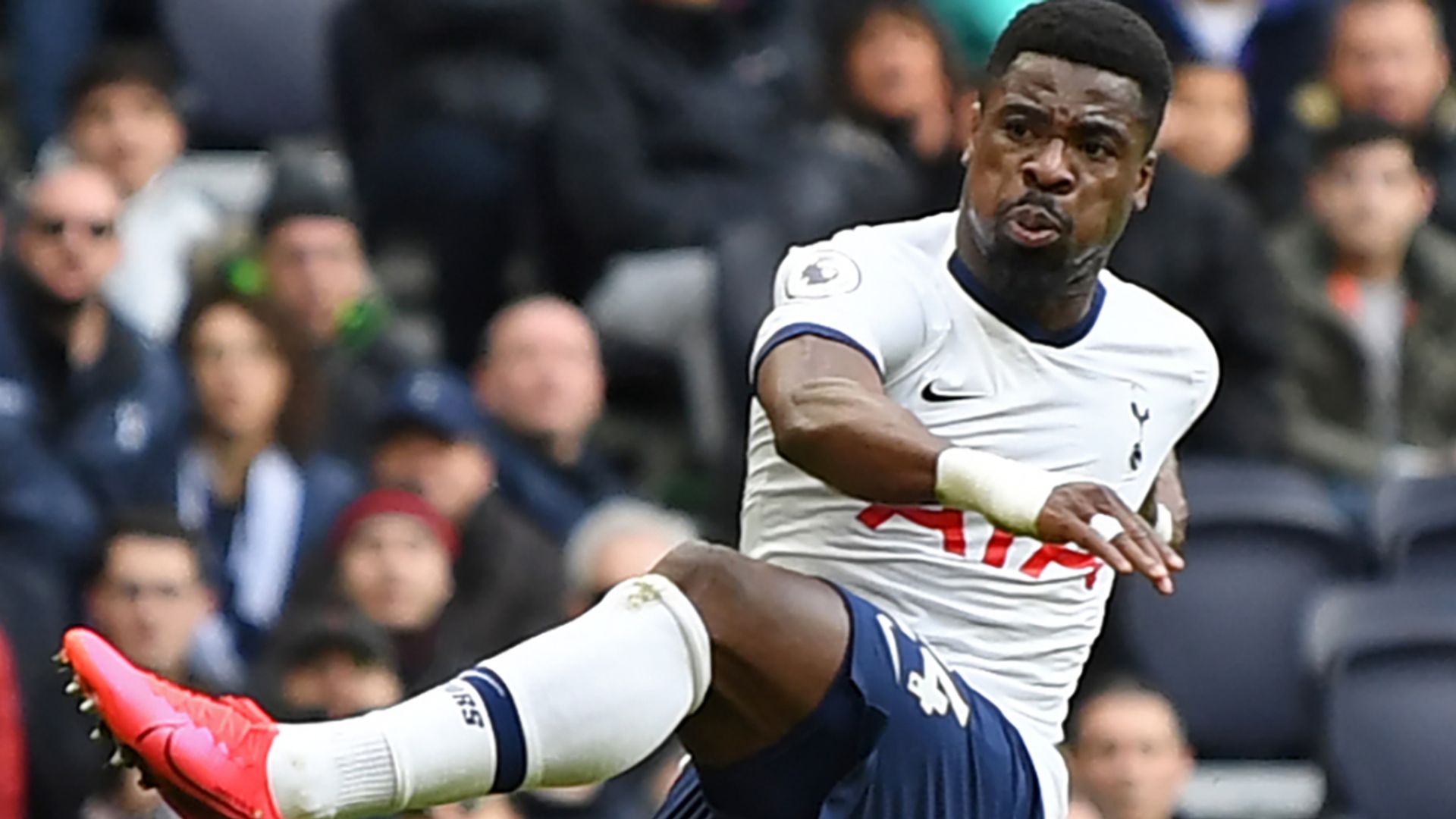 Aurier joined Spurs from Paris Saint-Germain for £23m three years ago; Spurs in the market for a new right-back this summer

Tottenham have rejected an opening bid from AC Milan for right-back Serge Aurier.

Talks are continuing between Spurs and the Serie A side but the two clubs remain some way apart in their valuations.

Bayer Leverkusen are also interested in the Ivory Coast international, who has two years left on his contract.

Aurier joined Tottenham from Paris Saint-Germain in August 2017 for £23m but was omitted from the starting line-up for the opening matches of last season under Mauricio Pochettino.

The 27-year-old flourished under Jose Mourinho when he took over but may still be allowed to leave for the right price, as Tottenham are in advanced talks with Wolves over a deal to sign defender Matt Doherty.

Spurs are in the market for a new right-back this summer and Mourinho is keen on the experienced Republic of Ireland international.

Matt Doherty plays as a right wing-back for Wolves but he interprets that position in an unusual way.