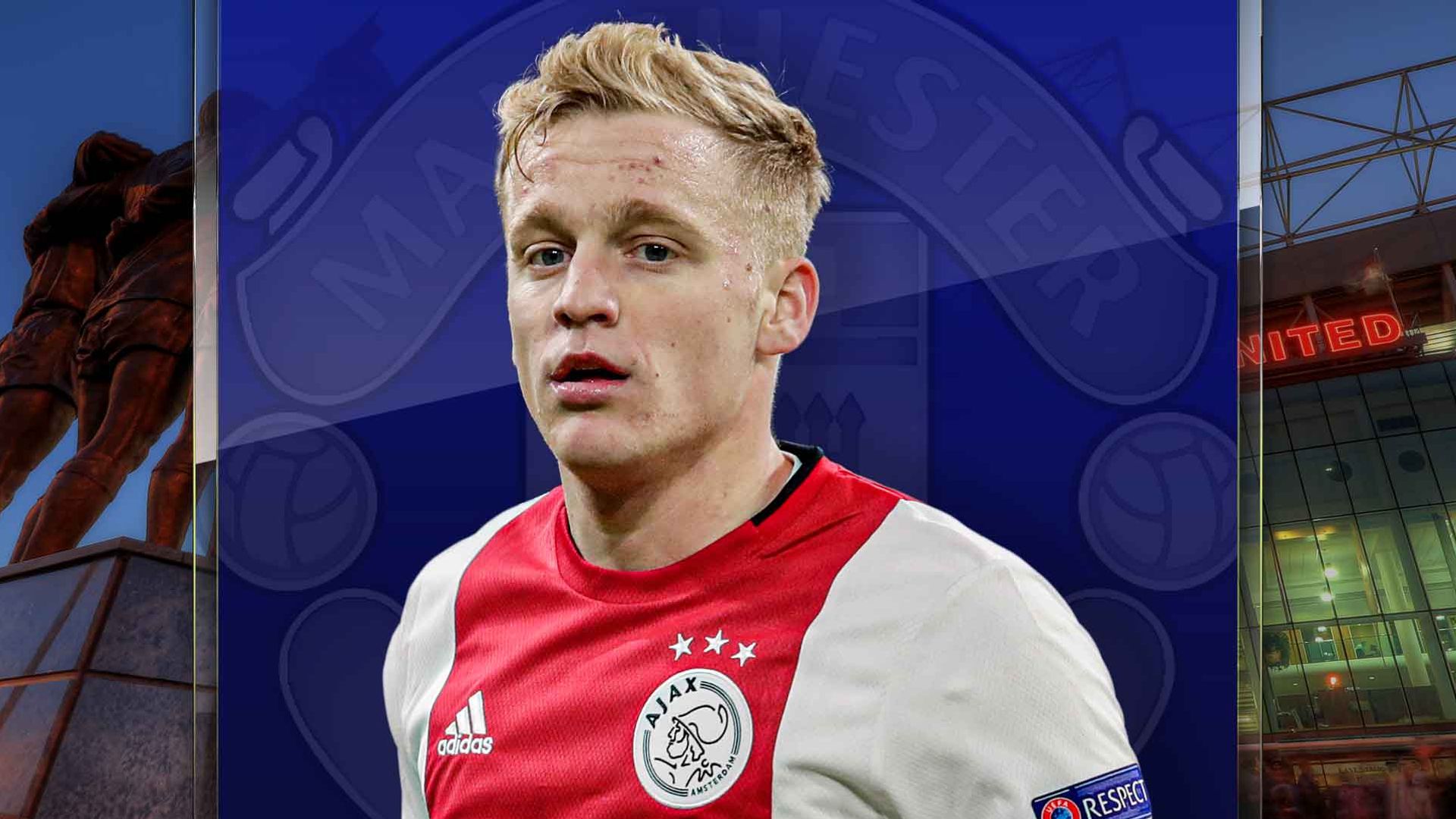 Manchester United are closing in on the signing of Donny van de Beek from Ajax for £40m, but where will the Netherlands midfielder fit in at Old Trafford?

Van de Beek, 23, has been a key figure for Ajax over the last three seasons, helping them reach the Champions League semi-finals in 2018/19 and scoring 41 goals in 175 appearances overall.

He has been scouted extensively by Manchester United, according to Sky Sports News, but will Ole Gunnar Solskjaer be able to fit him into the same midfield as Bruno Fernandes and Paul Pogba?

Van de Beek is best known for his attacking qualities. He has provided a regular stream of goals and assists from midfield during his time at Ajax. He also ranks highly in terms of recovering possession in the final third, further underlining his tendency to play high up the pitch.

But with Bruno Fernandes and Paul Pogba already in place at Manchester United, he may be needed in a deeper role at Old Trafford.

Solskjaer favours a 4-2-3-1 formation, and while Van de Beek’s record suggests he would be best suited to the No 10 role in that system, there is little prospect of Fernandes losing his place in the side.

Van de Beek is therefore more likely to be paired with Pogba at the base of midfield as an alternative to Nemanja Matic.

The Netherlands international is not as defensively-minded as Matic, of course, but he is not one to shirk his off-the-ball duties either.

Van de Beek is a hard worker known for taking up intelligent positions with and without the ball, and his passing ability would certainly aid United’s build-up play if he is to be deployed at the base of midfield.

That passing ability would be particularly useful in games against opponents who sit deep and use a low block to frustrate United.

Van de Beek knows that challenge well, coming from an Ajax side who averaged 60 per cent possession in the Eredivisie last season, and his vision is such he excels at finding gaps in packed defences and picking out team-mates with incisive passes through the lines.

Solskjaer may opt to stick with Matic in games against top opposition, when United are likely to be more sternly tested defensively, but the prospect of Van de Beek, Pogba and Fernandes in a midfield three is certainly an enticing one from an attacking point of view.

A change of system from Solskjaer?

The signing of Van de Beek could also signal a change of system.

Solskjaer rarely deviated from his preferred 4-2-3-1 formation last season, but he may have to if he is going to fit Van de Beek into the same side as Matic, Pogba and Fernandes. 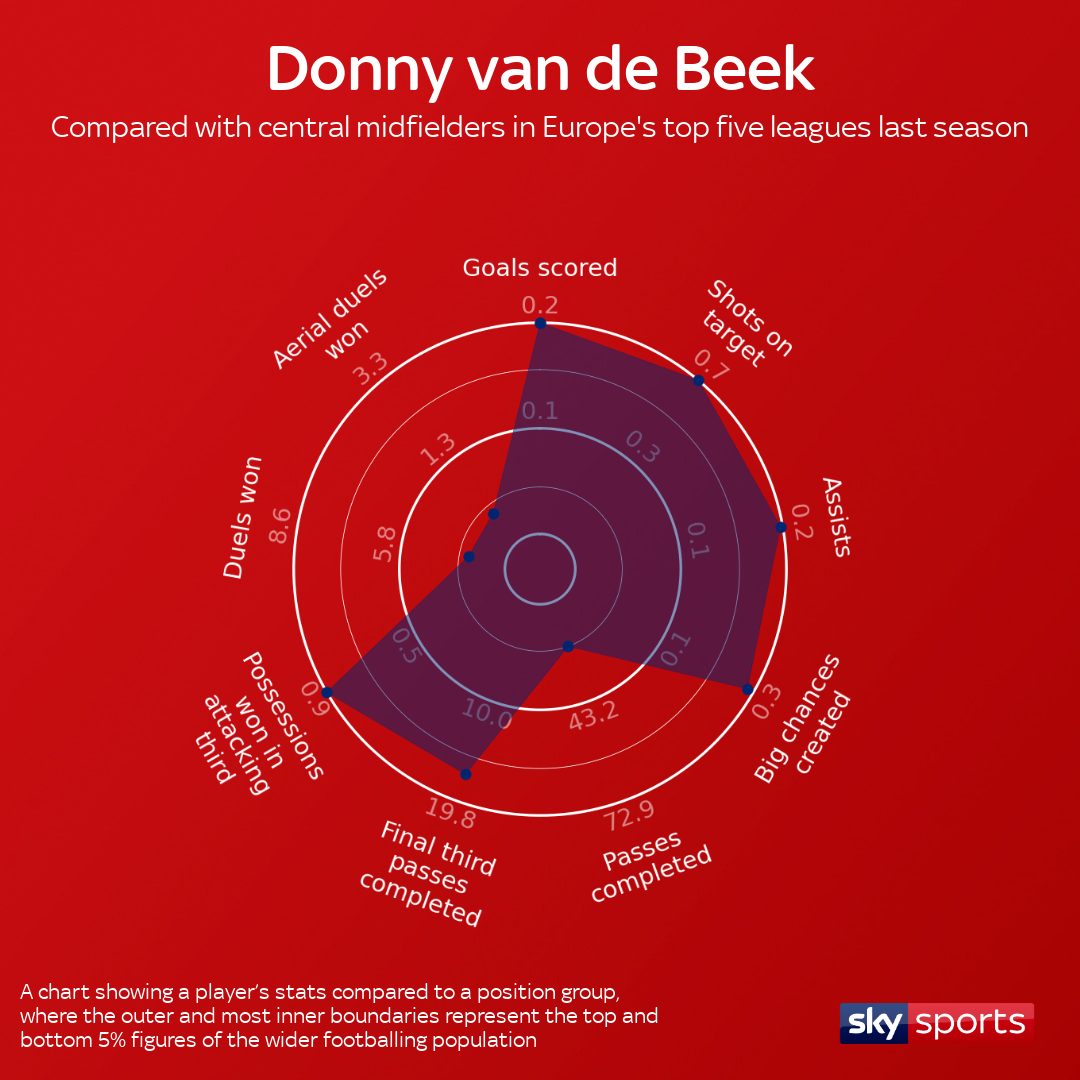 One option would be to sacrifice one of his wide forwards and use a midfield diamond.

This would allow Matic to remain in the holding role and Fernandes to stay at No 10, and it might also suit Pogba and Van de Beek.

Pogba has played some of his best football on the left-hand side of midfield, while Van de Beek has primarily operated on the opposite side of a midfield three during his time with Ajax.

Matic’s presence in the side would give Van de Beek and Pogba greater licence to bomb forward, while it would also enable Fernandes to focus solely on linking up with United’s frontmen.

Marcus Rashford and Anthony Martial would still be able to pull to the flanks, with Van de Beek and Pogba able to take up goalscoring positions either side of them as box-to-box midfielders.

The reality is Van de Beek may not start every game but what is certain is he will provide some much-needed strength in depth.

A lack of depth proved United’s undoing last season. Their starting line-up was strong enough to lift them into the Champions League places following the arrival of Fernandes in January, but as legs tired in the latter stages of the campaign, Solskjaer found himself unable to rotate.

It culminated in a late dip in form which included an FA Cup semi-final loss to Chelsea and defeat in the Europa League to eventual winners Sevilla.

United simply ran out of gas. Solskjaer was criticised for the lack of rotation but his squad was not strong enough and he knew it.

The team still need reinforcements in other areas, particularly in defence and up front, but Van de Beek’s arrival ensures a lack of depth is no longer an issue in midfield. He may struggle to usurp Fernandes or Pogba, but he is certainly an upgrade on Fred, Scott McTominay and Andreas Pereira.

It helps, too, that he is capable of playing in different positions.

Van de Beek could slot in at the base of midfield against lesser opposition, but on occasion he could also be fielded in the positions presently occupied by Pogba and Fernandes, easing their workload and keeping United’s opponents guessing.

Then, when he does not start, Van de Beek could also be used as an impact substitute, a player with the necessary quality to change the course of a game or provide a moment of inspiration that makes the difference.

It is just another reason why he was so attractive to Manchester United. Van de Beek provides another piece of the puzzle as Solskjaer attempts to build on the side’s progress in the second half of last season.