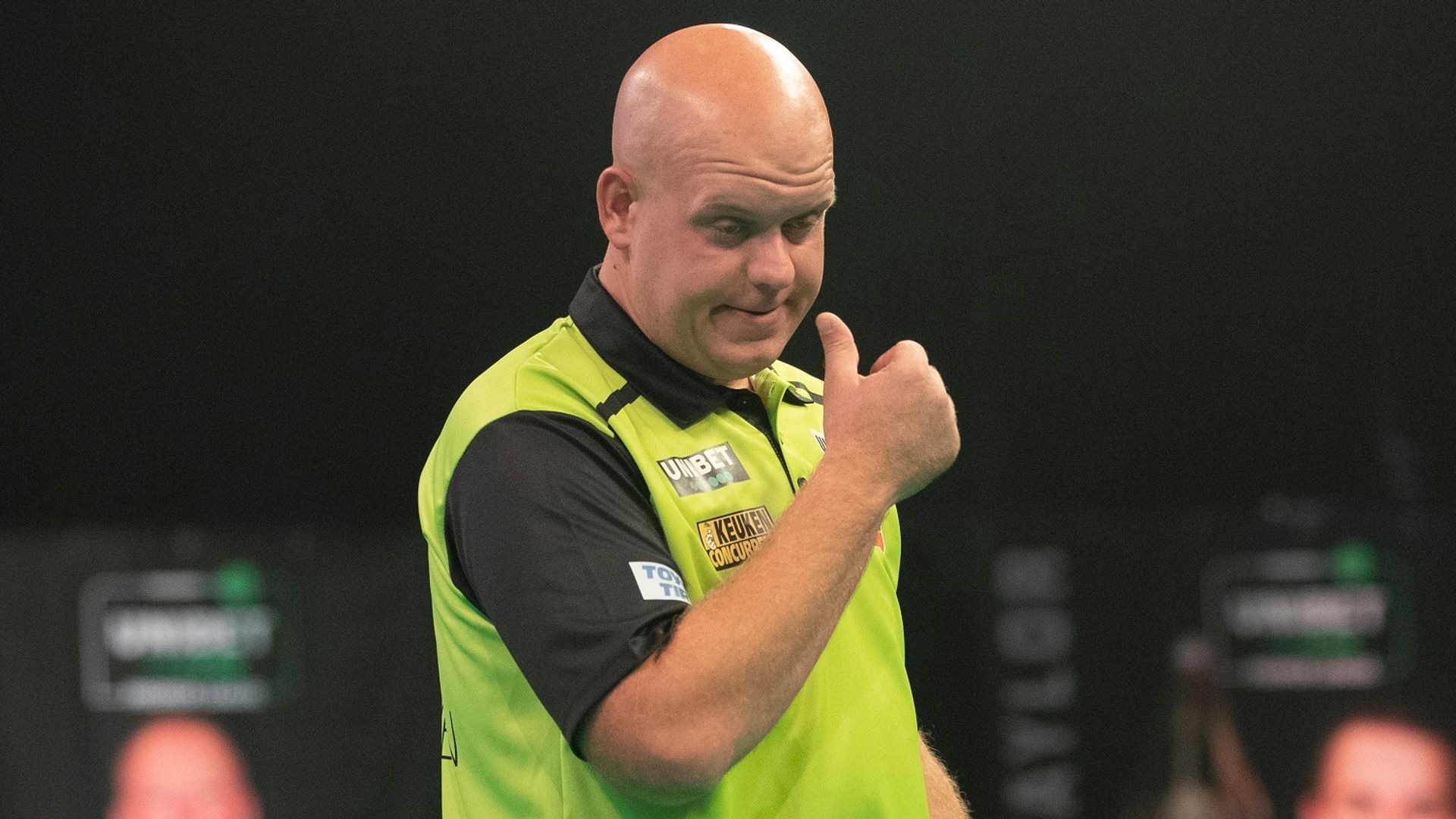 “I always will be the favourite and they know it. They don’t want to make someone else favourite because the bookies are going to lose a lot of money!”

Since making his Premier League debut in 2013, finishing top of the league phase has been part of Michael van Gerwen’s darting domain, although that record is under major threat this time around.

With four nights of league action remaining in Milton Keynes over the coming week, Van Gerwen trails leader Glen Durrant by five points, and the Dutchman is not yet assured of play-off qualification.

The world No 1 is just a solitary point above fifth-placed Nathan Aspinall and with fixtures against Peter Wright, Glen Durrant, Gary Anderson and Daryl Gurney looming, he is firmly under the microscope.

However, ‘Mighty Mike’ returned to winning ways on Sunday with a vital 8-5 victory over Michael Smith, to move up to third in the table ahead of the brief hiatus.

“It’s coming. It took me a little bit too long, I didn’t want to be in this position but it’s nice for myself that I show everyone that even under this amount of pressure I can still do my best,” MVG told Sky Sports.

“Of course there is a lot of pressure on my shoulders and it’s for me to answer with some good performances and I think I did that. From here on, I can do more damage. I feel it, I know it. Be ready guys!”

Having lost three of his last four matches prior to locking horns with Smith, Van Gerwen performed with more conviction against ‘Bully Boy’ – averaging over 102 and taking out three ton-plus checkouts to topple the 2018 finalist.

However, it has been a frustrating restart for the defending champion in Milton Keynes. He lost three of his six fixtures and has now lost five matches in the league phase for the first time in Premier League history.

The 31-year-old has succumbed to five of the seven players remaining in this year’s Premier League, and still has to face Wright and Gurney for a second time – two men he defeated across the opening two nights.

Sky Sports expert Wayne Mardle believes Van Gerwen’s hopes of topping the league phase for an eighth successive season are essentially over, and he attributes his struggles to a lack of confidence.

“The top spot record has probably gone if we’re honest and that will hurt him,” said Mardle. “There has been a couple of times he’s been challenged by Chizzy, Barney, Rob Cross, Michael Smith as well, but this time I think it will be relinquished.

“The clutch doubling and finishing, where you think: ‘He’ll get this’. He’s now missing a few so the players are like: ‘He can miss, he can miss this’, so they’re hanging around in games longer. The thing he has got to get out of his mind is that it’s the darts.

“I am sure that is going through his mind a bit, because they are going in at just different angles to his old ones. They’re going in a tiny bit flatter and I know that because there was a treble 19 he hit that was at the very top wire of the treble 19 and he had to switch.

“That means the darts are laying down, so he is kind of telling us the story as well. It is not the darts. He won the UK Open playing some of the most amazing darts we’ve ever seen, beating the best.” 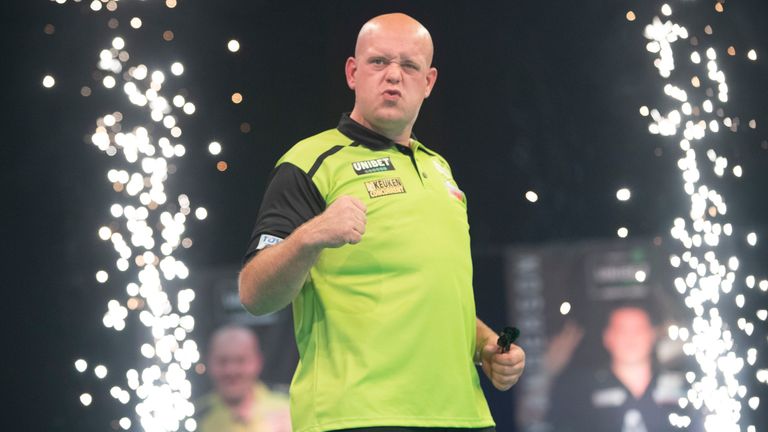 “He has a tough week ahead, all the pressure is on him and unfortunately when you’re the top man, everyone wants you to fail.”

Durrant currently boasts a four-point lead over second-placed Gary Anderson and is poised to become just the third player in Premier League history to finish top of the league phase.

Nevertheless, Van Gerwen insists that he’ll still be the favourite to lift his fifth consecutive Premier League crown if he can guarantee top four qualification over the coming days.

“I’m always the man because they always try a little bit extra against me. I know that for sure. I always say high trees take a lot of wind. I have got a big back – I can have a lot,” Van Gerwen continued.

“The only thing I need to do now is calm down, make sure I have two days good rest because there are another four really important days coming up.

“I want to perform on those days as well and I want to show everyone at home what I can do and what I am capable of, even when I am under such a big amount of pressure.

“I always will be the favourite and they know it. They don’t want to make someone else favourite because the bookies are going to lose a lot of money!”

For all the conjecture about Van Gerwen’s ‘vulnerability’, the three-time world champion boasts a tournament average of 99.99 after 12 matches – the highest of this year’s field.

Admittedly, ‘Mighty Mike’ is set to post his lowest points total in Premier League history, but Mardle echoes Van Gerwen’s sentiments and believes talks of his demise are greatly exaggerated.

“He is still the best player in the world by quite some way and all this bad form is relative. He’s still averaging 99 over the 12 nights we have played, so let’s get it right, it is still very good,” ‘Hawaii 501’ added.

“He does have those confidence demons floating around. He doesn’t just want to win. He wants to annihilate his opponents. When he won the other night he didn’t get much of a kick out of it, so performance is important to him.

“It’s like: ‘Right, I’m not going to finish top. Make the play-offs, win the play-offs and then say look, I wasn’t the best player over the league, but it’s about tonight and I’ve won the Premier League yet again’.

“With that, he can smile at everyone with the trophy in his hands, knowing deep down that it hurt not winning the league, but ‘they still can’t beat me’ and he will look at the others and if it happens, he’ll rub their noses in it.

“If it doesn’t, they will rub his nose in it as well, saying ‘Oh right, there’s a slide is there?’ They will say things because it is competitive sport where sledging happens, but if Michael does win the title, the world is right again.”