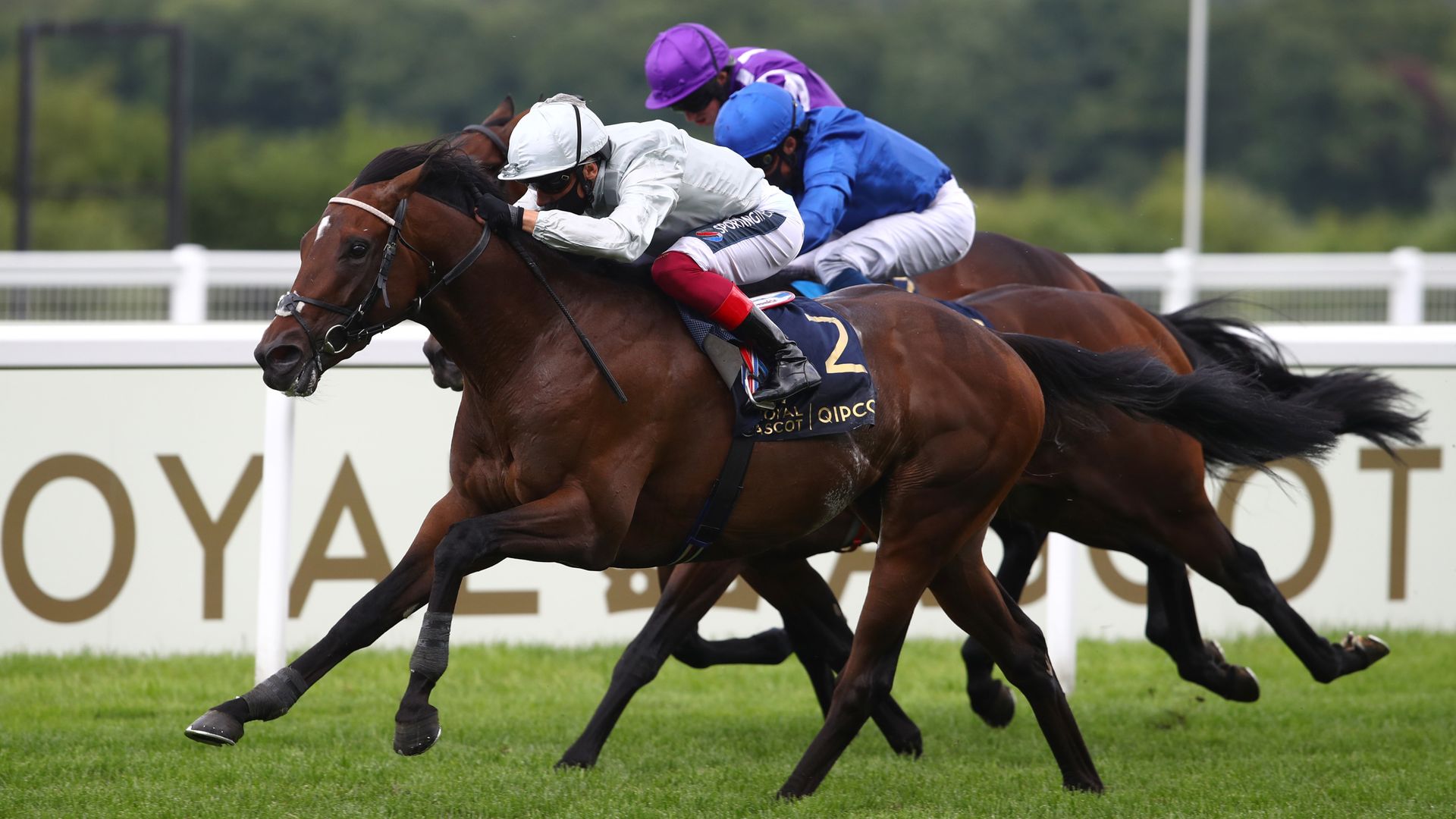 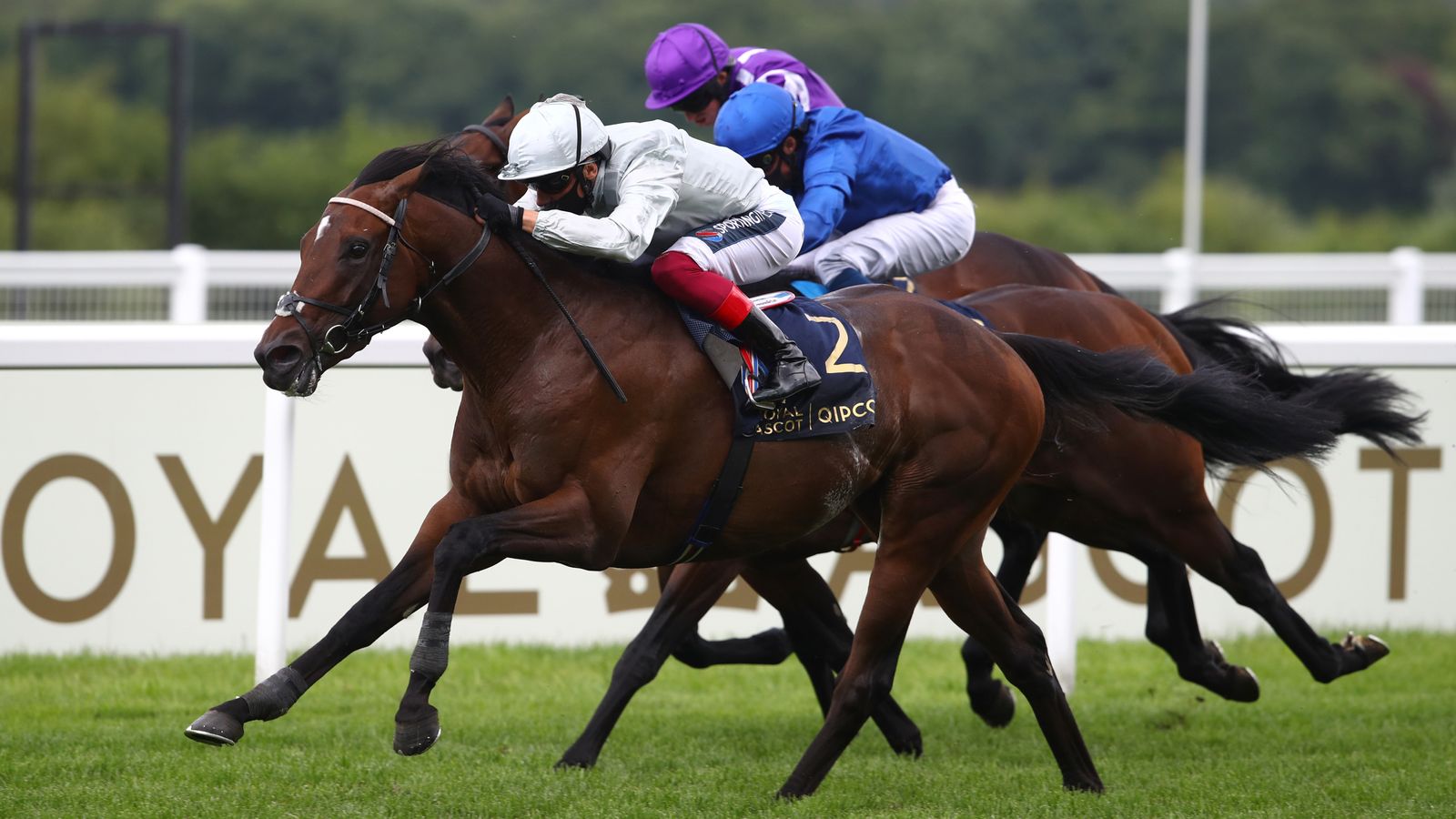 Palace Pier is set to bid for champion miler honours next month in the Queen Elizabeth II Stakes, sponsored by Qipco, at Ascot.

Trainer John Gosden, bidding for a fifth win in the race, has confirmed Palace Pier is on target for Champions Day.

He said: “Palace Pier will go straight to Ascot for the Queen Elizabeth II Stakes. He took his race at Deauville well, and he’s been in good order since. I don’t think the ground there was ideal for him, but he coped with it.”

Kameko will revert to a mile and bid to repeat the success of owner Qatar Racing’s 2018 champion Roaring Lion.

Trainer Andrew Balding said: “Kameko will go straight to Ascot for the Queen Elizabeth II Stakes, and then I think the intention is to keep him in training next year.

“He didn’t get home behind Ghaiyyath in the Juddmonte International, but he looked very good again up to a point, and that was in probably the best race run in the world all year and on ground that was probably a little slower than ideal.”

Ger Lyons is keen to run Siskin, who was third behind Mohaather and Circus Maximus in the Sussex Stakes.

The Irish trainer said: “He’s been in good order since he was third to the best older miler Mohaather in the Sussex Stakes at Goodwood, and he has options in the Prix de la Foret in France, the Boomerang on Irish Champions Day and of course the QEII.”

Pinatubo returned to the winner’s enclosure in Deauville’s Prix Jean Prat, following defeats in the 2000 Guineas and the St James’s Palace Stakes.

He is on course for Longchamp’s Prix Du Moulin first – and if he wins, he will be a serious contender for the QEII.

Trainer Charlie Appleby said: “It will be Longchamp first, but we’ve only been touched off by Palace Pier in the St James’s Palace, so the QEII will be the obvious option if we decide that he’s seeing the mile out.”

Aidan O’Brien has Circus Maximus pencilled in for the QEII.

The Ballydoyle trainer said: “Circus Maximus is a strong possible for the QEII, and then we have a couple of horses who are heading first for the Boomerang at Leopardstown – like Arizona, for example – but could go on to Ascot, depending on what happens.”

Appleby hopes Space Blues can continue his fine season should he line up for the Qipco British Champions Sprint Stakes.

Outlining a scenario in which Space Blues may miss Longchamp’s Prix de la Foret and wait for the British Champions Sprint, he said: “Pinatubo will step back up to a mile again in the Moulin, and if he doesn’t happen to win and we feel he’s definitely not seeing that mile out, then he will be dropping back to seven furlongs in the Foret.

“Then we would have to decide if we wanted to run both him and Space Blues in the same race.”

Appleby added: “Ascot could be a very good option for Space Blues anyway, because he won over six and a half furlongs at Deauville in the Maurice De Gheest and he handles soft ground well. The stiff six at Ascot on soft ground could just play to his strengths.”

Commonwealth Cup winner Golden Horde could be set for a return to Ascot.

His trainer Clive Cox said: “I’m looking forward to it, because he clearly performs extremely well at Ascot. He’s always been a strong individual, but I’m hoping there’s more to come.”

William Haggas has once again entered One Master, who last year found only Donjuan Triumphant too good when dropping back to six furlongs following a second win in the Foret.

Haggas said: “One Master will go to Longchamp first, but I’ve given her a Champions Sprint entry too, and that’s very much on the cards as well after her good second last year.”

Gosden is not ruling out champion stayer Stradivarius returning to Ascot to run for a fourth successive year in the Qipco British Champions Long Distance Cup, although the Qatar Prix de l’Arc de Triomphe remains the six-year-old’s main target.

The Newmarket trainer, who has also entered five-time Group Two winner Enbihaar and last year’s St Leger winner Logician, said: “It will depend upon how we get on in the Arc – but Stradivarius is a tough horse, and it’s not out of the question.”

O’Brien, who has also entered last year’s Investec Derby winner Anthony Van Dyck, said: “Santiago is obviously being trained for the St Leger first, and his preparation has gone well, but the British Champions Long Distance Cup would definitely be a possibility for him after that.”

Owner/breeder Anthony Oppenheimer has enjoyed plenty of success at this meeting and is hoping for more with either Frankly Darling or Dame Malliot, who are entered for the Qipco British Champions Fillies & Mares Stakes.

Frankly Darling won this year’s Ribblesdale Stakes at Royal Ascot, while Dame Malliot provided Hollie Doyle with her first Group winner in the Princess of Wales’s Stakes at Newmarket in July.

Oppenheimer said: “Frankly Darling ran a bit free at York the other day, and that wasn’t her form at all, but she’d shown her liking for Ascot in the Ribblesdale – and she would have a good chance if we can make sure she settles better.

“Dame Malliot is the other possibility, but she will probably be aimed at the Prix Vermeille at Longchamp first. She ran a fantastic race in Germany last time, and it was just unfortunate that she had to make her own running.”

Donnacha O’Brien’s Fancy Blue, winner of the Prix de Diane and the Qatar Nassau Stakes, and Lyons’ Irish Oaks heroine Even So are also among the entries.