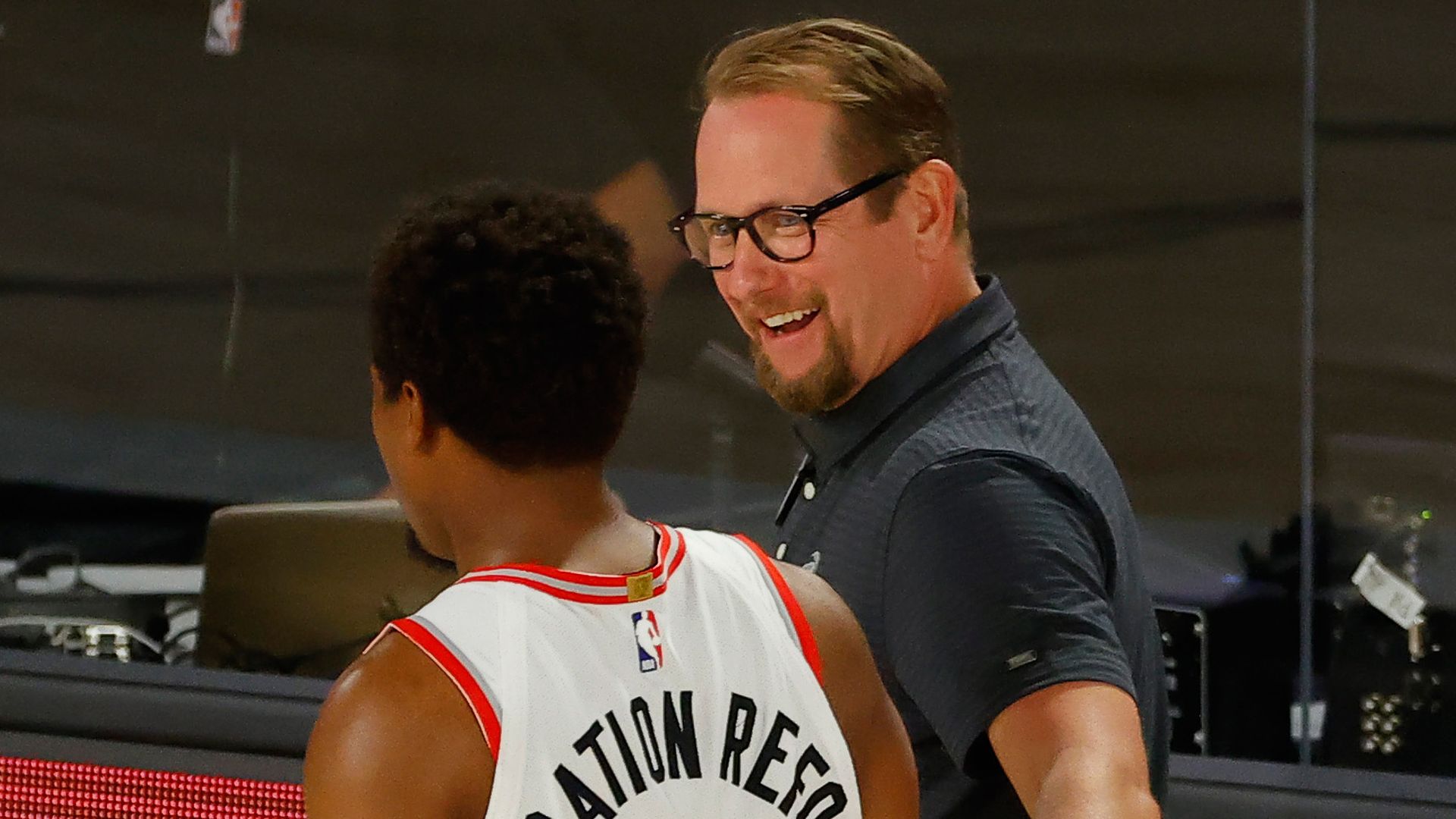 The Toronto Raptors must ‘bounce back’ from a sluggish Game 1 loss when they take on the Boston Celtics in the second game of their Eastern Conference semi-final series on Tuesday night, said coach Nick Nurse.

The Raptors were dismantled 112-94 in the first contest of the series on Sunday, never leading in the game after trailing by 19 in the first quarter.

Toronto shot 36.9 per cent as a team, 25.0 per cent from three-point range and didn’t look close to the club that put up 150 points in finishing off a four-game sweep of the Brooklyn Nets in the playoffs’ first round a week earlier.

“Tough day for us, right?” said Raptors coach Nick Nurse after the defeat. “Nothing was much fun out there today. They were great. We weren’t very good. So we’re going to have to bounce back.”

Losing has been an unfamiliar feeling for Toronto in the NBA bubble – the team lost once during the seeding game schedule, a 122-100 setback against Boston. The Raptors had carried an eight-game winning streak into Sunday’s contest.

The Celtics, meanwhile, have won five straight and nine of 10 overall as they flexed what many believed to be one of their weaknesses – depth – in a dominant Game 1 performance.

“Everybody has got a role to play, we have gotten great play from our centers all year because they complement our other guys extremely well,” said Celtics coach Brad Stevens.

Despite it being a playoff game – the first time the two Atlantic Division rivals had met in the postseason – basketball took a backseat during Sunday’s contest. The game had been originally scheduled to be played on Thursday before player protests related to the police shooting of Jacob Blake in Wisconsin the weekend prior pushed back the NBA schedule by three days.

The emotional toll of the situation was still heavy on the mind of the players, as it figures to be throughout the remainder of the playoffs.

“There are no excuses, but we have an obligation right now to use our platform,” said Raptors guard Kyle Lowry. “That is why we are still here.”

Lowry had been questionable for Game 1 with a left ankle sprain. He led the Raptors with 17 points in the loss, while Pascal Siakam and Fred VanVleet struggled in combining to shoot 8-of-32 for 24 points.

The Celtics remain without starting forward Gordon Hayward, who is sidelined by a Grade 3 right ankle sprain. Hayward is expected to rejoin Boston in the bubble soon but won’t be rushed back to the court, Stevens said on Monday.

“I think (Hayward will) rejoin us in the bubble at some point soon, but he still will be some time away when he does do that,” he said.