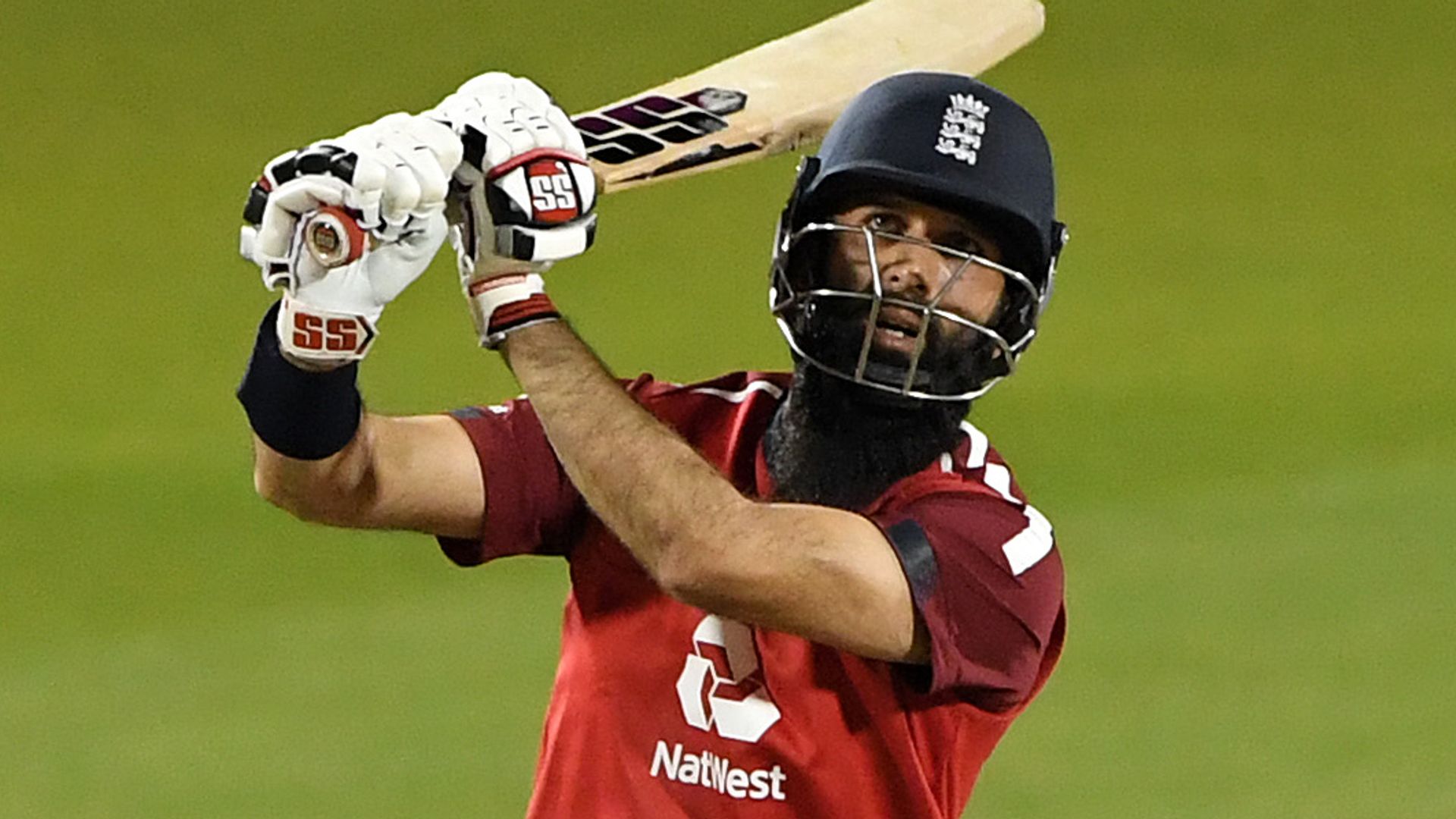 “I don’t like making excuses for myself; sometimes I think about what other people think of me and, from now on, I’m not going to allow that to happen”

Moeen Ali praised Eoin Morgan for the role the England white-ball captain has played in his return to form after he struck a fine 61 from 33 balls, albeit in a losing cause, in the third T20I against Pakistan.

Moeen’s innings wasn’t enough to prevent England from slipping to a five-run defeat that saw the three-match series drawn 1-1, but it was a welcome return to form after the allrounder registered just 10 runs from his four previous innings’ this summer.

“It’s obviously disappointing to lose, but it was nice to gets some runs under my belt; the way I played was pretty pleasing.” Moeen told reporters.

“A lot of credit will go to Morgs. He gives me responsibility, with being vice captain and doing a team talk here and there.

“To have that backing from the captain, it is amazing. It’s one of the reasons why he’s probably the best captain I’ve ever had.

“For me, that gives me a lot of confidence, knowing I haven’t played that well over a good period of time now and for the captain to still think highly of me, it means a lot.”

Moeen took an extended break from international cricket in 2019 after a run of poor form that saw him dropped from England’s World Cup starting XI and from the Test team one match into last summer’s Ashes series.

Mooen says he was guilty of paying too much attention to ‘outside noise’, adding that he now tries to treat every game for England like it is his first.

“It has been very hard; it has been more of a mental thing.” said Moeen of his struggles.

“I’ve had to shift my mental state before this game, try and play like it was my first game for England again and be that enthusiastic kid like I was when I first played. “He’s a joy to watch, very elegant in the way that he plays, obviously very experienced in our changing room, so for him to come out and almost be the cornerstone of the back end of our innings was great.”

“Today was about trying to be that young kid again playing for England, getting excited before the game. You kind of lose that – you can get sucked into the outside noise; I think I fell into that.

“I don’t like making excuses for myself; sometimes I think about what other people think of me and, from now on, I’m not going to allow that to happen.

“It’s only one game but it was nice to play well. That has to continue for me to stay in the side – I know that – and be part of England being successful again in the future.”