Had things worked out the way he hoped at the time, Marques Valle would be representing the United States in Olympic competition that has been put on hold for a year.

Instead, the former amateur standout gets to move on with his boxing career. 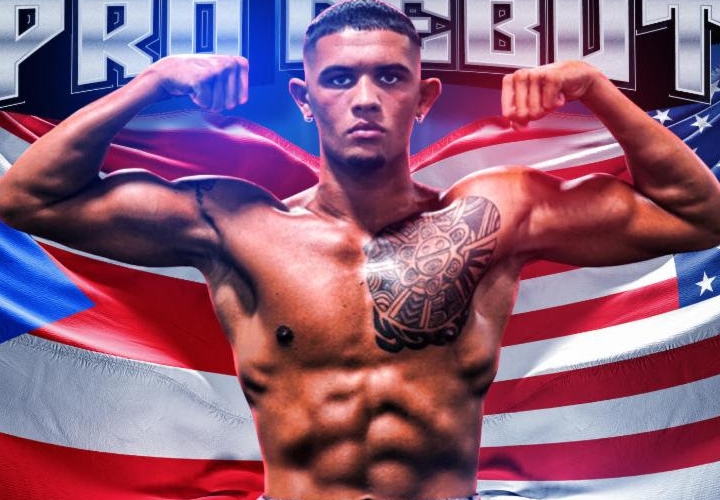 The decision to enter the paid ranks wasn’t at all a difficult one for the 6’1” Boricua who will campaign in the welterweight division. Valle sensed immediately following his exit from the Trials last December in Lake Charles, Louisiana that his next move would be the pro ranks, where he has already armed himself with political muscle.

Valle was among a quartet of blue-chip prospects signed by Split-T Management’s Tim VanNewhouse over the course of the past year. He joins Milwaukee’s Javier Martinez–now 2-0 in the pros—and six-time Puerto Rico National champion Omar Rosario in the pro ranks, with Rosario enjoying a successful pro debut in this very venue just two weeks ago.

“Marques has all the right tools to make a strong transition into the pros,” insists VanNewhouse, whose reputation already precedes him as having one of the sport’s best eyes for talent. “His length, strength, and work ethic set him apart from many of the amateurs in the 2020 class.”

To ensure a smooth transition, Valle was sent to the advanced study group to pursue his in-ring higher education.

The finishing touches of a four-week camp for Valle were spent training out of the Robert Garcia Boxing Academy, learning under the guise of one of the sport’s best coaches in Robert Garcia. His time spent at the facility also came complete with sparring unbeaten, unified 140-pound titlist Jose Ramirez, who recently defended his titles in a 12-round win over Viktor Postol in Las Vegas.

“Marques is a wonderful kid,” insists Garcia. “He is a very dedicated and talented fighter. Sparring Jose and some of the other top guys here in my gym helped him prepare for this debut. I know he will perform very well and has the tools to become a World Champion.”

The first step comes Friday night—although there was a time when there existed the possibility of it never happening at all.

Valle first began boxing at the age of nine, but didn’t quite take to the sport as he was one and done. A change of heart came during his teenage years, returning to the gym at age 16 and sticking with boxing ever since.

Five years later comes his chance to show an entire new level of competition what he has to offer.

“I can’t wait for Friday,” notes Valle, also an active fashion model who is represented by world-renowned modeling agency Next Management. “I couldn’t be any more ready to get my pro career started.”

Pairing him with the great Robert Garcia gives me all the confidence that we need to begin his professional career.”