Liam Williams could be forced to pull out of his next fight.

The Welshman is set to return to the ring next month in a mandatory defence of his British middleweight title.

Williams, 28, is the mandatory challenger to Demetrius Andrade’s WBO world title in the 160-pound division and his promoter, Frank Warren, wanted to keep him busy while waiting for the shot at the American.

‘The Machine’ is scheduled to face Andrew Robinson (24-4-1, 7 KOs) on October 10, behind-closed-doors at the BT Sport Studios in Stratford, London, as part of a card that will also feature undefeated talents Ryan Garner, Mark Chamberlain, Dennis McCann and Michael Burke Jr. 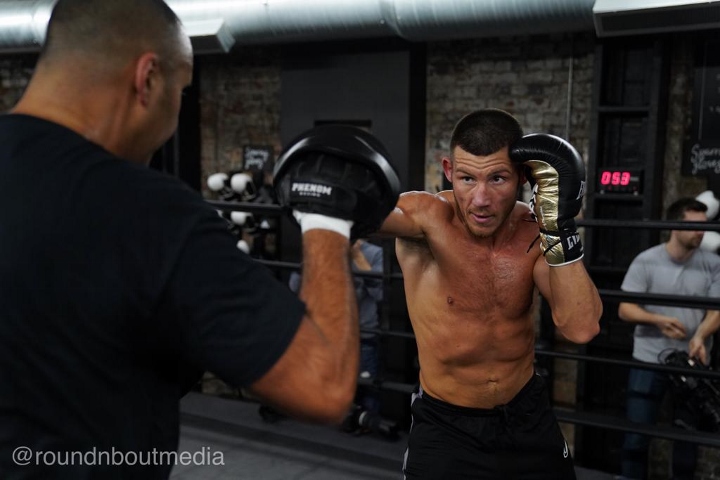 But Warren has warned that former WBO interim world title challenger Williams (22-2-1, 17 KOs) –– whose last fight came last December against Alantez Fox at the Copper Box Arena in London –– may have to withdraw from the fight, depending on the WBO’s rules surrounding his mandatory position.

“He’s reinvented himself and looked devastating since moving up in weight,” Warren told iFL TV when talking about the future of the Dominic Ingle-trained fighter. “He’s been with me since day one and we’ve delivered again for him.”

Robinson, from the Midlands, was last in action 12 months ago at Walsall Town Hall when he stopped Eric Nwankwo. He is a former WBO European super-middleweight title challenger and has been stopped by Mark Heffron –– a man who himself was stopped by Williams –– when the pair clashed for the vacant WBC International title at middleweight back in June 2018.

“The fight is on,” Warren added, “but it may be subject to the WBO stating that [Williams] has to withdraw from the fight because of the regulations of the purse bids [for the world title challenge against Andrade].

“We’re working on that at the moment, but if he has to withdraw then he’ll do that because there is no way I can let him loose his position against Andrade.

“He wants the fight, he’s been out a long time, and we want to make sure it happens, but that’s all down to the WBO and where we are with them and Andrade.”