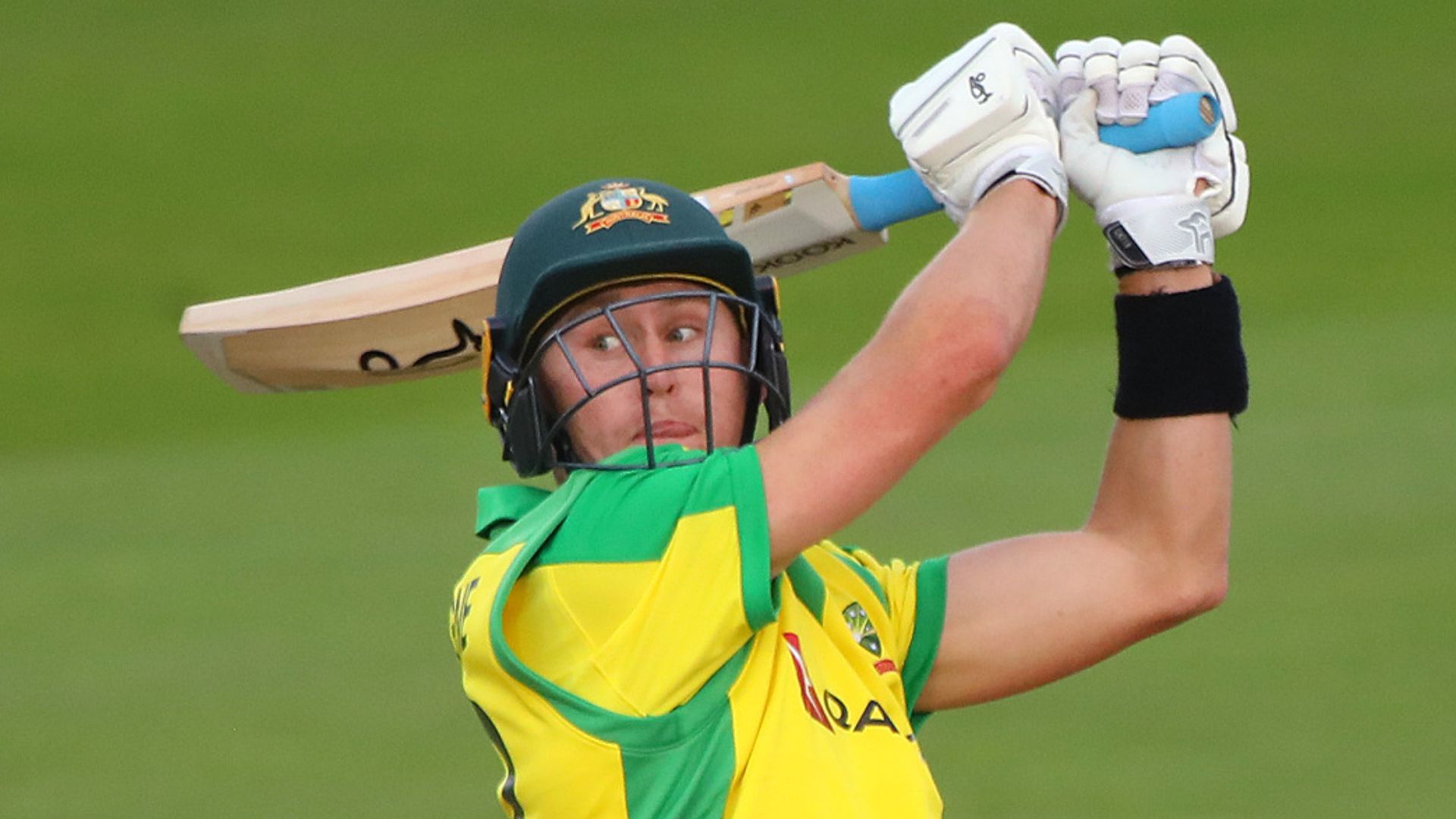 Watch first T20 between England and Australia live on Sky Sports Cricket from 5.30pm on Friday as three-match series begins

Marnus Labuschagne staked a claim for a spot in Australia’s Twenty20 side with a rapid century, while wicketkeeper Alex Carey provided a reminder of his batting exploits at the Ageas Bowl.

Labuschagne, yet to play for his country in the shortest format, scored 100 off 51 balls in the second of two intra-squad matches on Tuesday, putting on 181 with Carey, who struck 107 to follow up a half-century in the first warm-up between an Aaron Finch XI and a Pat Cummins XI.

Cummins decided to open with spin in the first game and it proved a masterstroke as David Warner was bowled for a golden duck by Ashton Agar.

Finch and Matthew Wade, Carey’s rival for the wicketkeeping berth, scored fifties for the Finch XI in a game they went on to win by 23 runs – Carey firing for the Cummins XI but not Steve Smith, who made just one.

Carey and Labuschagne then impressed under the floodlights, with Labuschagne’s 51-ball hundred followed by Carey taking 56 deliveries to reach three figures for the Finch XI.

Smith made a brisk 41 in his second outing of the day but there was more misery for Warner, whose first-baller in the afternoon was followed by a score one in the evening as he faced just six balls on the day.

Marcus Stoinis blasted a 37-ball 68 but Nathan Lyon bagged four wickets, including Smith and Warner, as the team led by Finch made it two wins in as many games.

Australia begin their three-match T20I series against England, live on Sky Sports, at The Ageas Bowl on Friday.