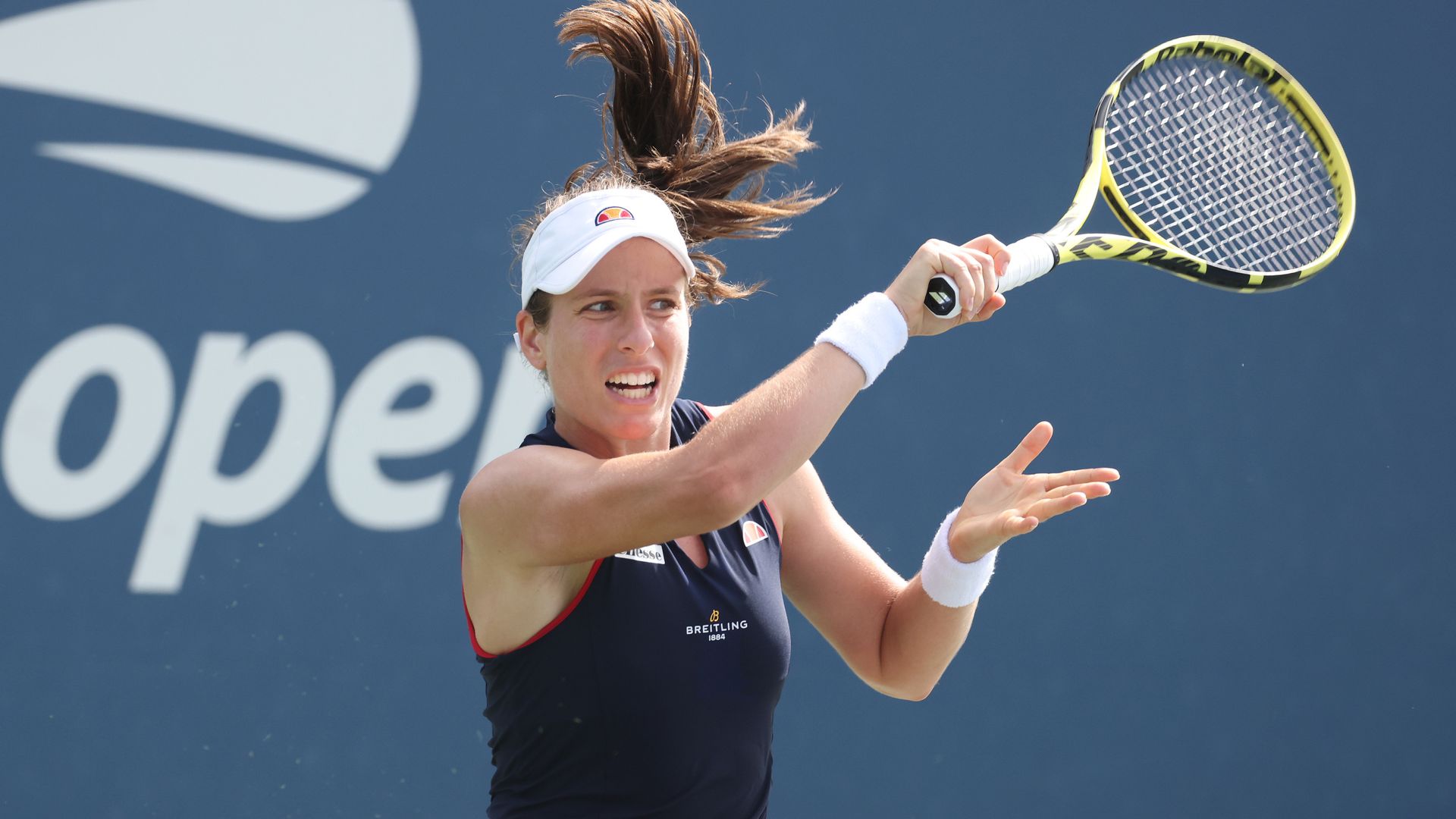 Johanna Konta progressed into the second round of the US Open at the expense of fellow Brit Heather Watson on Tuesday.

The Fed Cup team-mates, who were meeting for the first time on the WTA tour since 2018, enjoyed a tense opening-set before the British No 1 found another gear to secure the 7-6 (9-7) 6-1 victory.

Konta, who is seeded ninth at Flushing Meadows and has reached the fourth round there twice, will face the world No 77 Sorana Cirstea in the second round.

The opening set featured both players finding their marks on serve superbly and keeping their unforced errors low. The British duo looked to be evenly matched and Watson, who has never beaten Konta before, was giving as good as she got.

As the set progressed, Konta started to create break point opportunities, but she had to work extremely hard in order to convert one.

At four games apiece, the British No 1’s pressure from the baseline forced Watson into defensive mode. She secured the break of serve and looked as if she was going to add the set quickly to her collection.

Watson had other ideas, though. She continued to serve well, broke back and forced the set to go the distance.

In the tie-break, Watson created set points of her own, as she carried on using her serve as a potent weapon. However, it was her shot selection at key moments which ultimately let her down.

A sliced forehand at 6-6 in the tie-break was gobbled up by Konta and not wanting to let it slip again, she stayed focused to save another set point against her and then serve it out.

After coming so close to taking the first set, the wind went out of Watson’s sails in the second and at the same time, Konta put her foot on the gas.

The result was a much more one-sided contest with Konta wrapping up the set 6-1 and securing her second round place in one hour and 47 minutes.