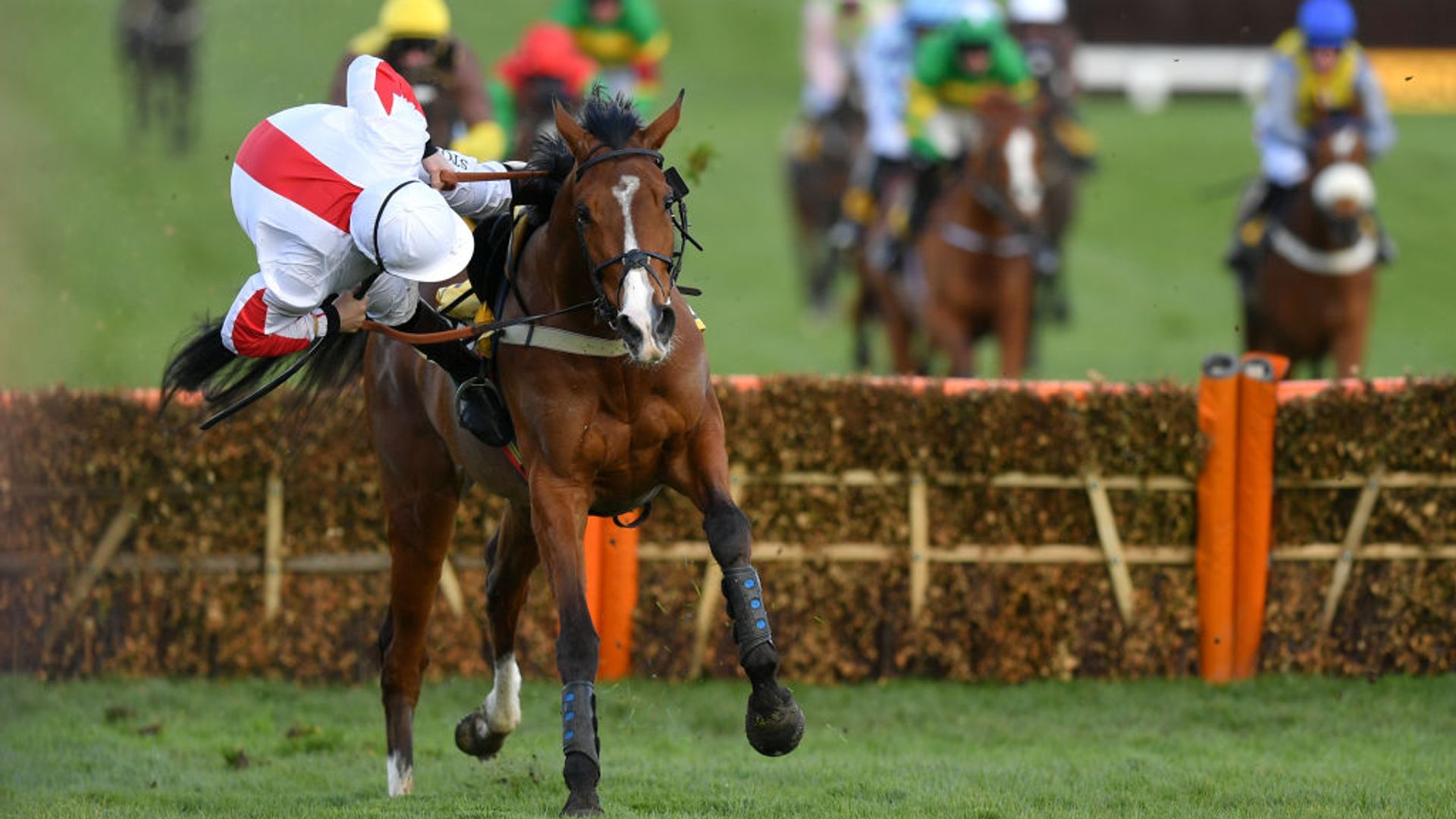 Gary Moore’s stable star Goshen is on course for a return to competitive action at the end of September.

The exciting four-year-old has not been seen since his heartbreaking final-flight exit when apparently set for a wide-margin victory in the JCB Triumph Hurdle at the Cheltenham Festival in March.

Goshen had won six in a row before that – three races on the Flat and three over hurdles – and has next year’s Champion Hurdle at the top of his agenda.

However, Moore is keen to give his charge a couple of outings on the level before he returns to the jumping game later in the year, with a one-mile-six-furlong Haydock handicap pencilled in as a potential comeback target.

“Hopefully you’ll see him out at the end of the month,” said the Sussex trainer.

“There are races at Haydock and Newmarket for him – there’s a race at Haydock on September 26 that we’re looking at.

“I’m very happy with him. There aren’t many conditions races over hurdles that he’ll be able to run in – you’ve got the Christmas Hurdle and the Fighting Fifth, but there aren’t a lot of races.

“I’d like to think he’s well enough handicapped on the Flat. He hasn’t run much and has very low mileage, so there’s no reason not to give him a couple of runs on the Flat and see how we get on.”