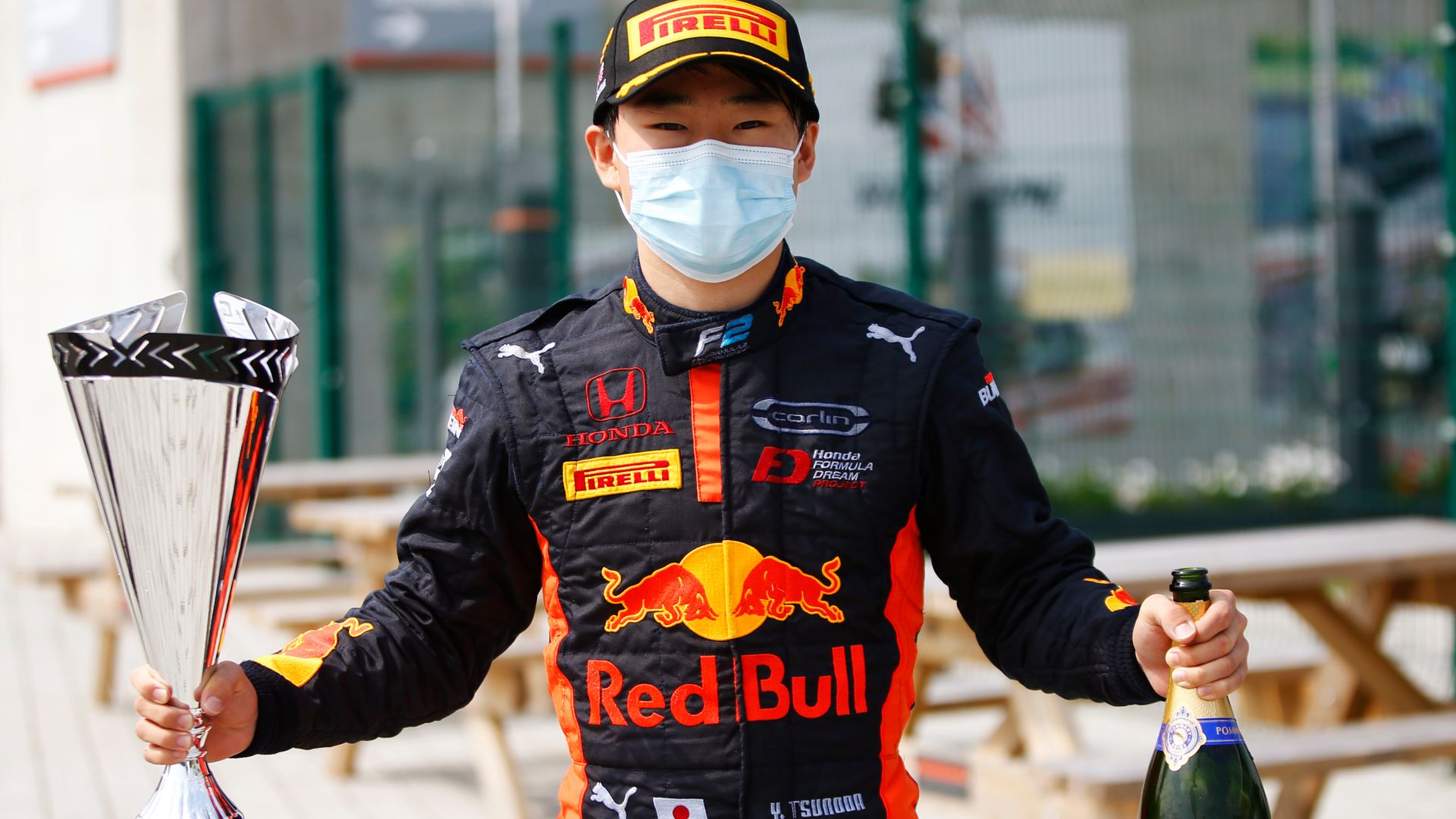 How many F1 team-linked Formula 2 drivers will find places on next season’s F1 grid?

AlphaTauri boss Franz Tost admits Japan’s Yuki Tsunoda is in a “good position” to graduate to F1 at Red Bull’s junior team for 2021.

Tsunoda, a member of Red Bull’s young driver scheme and also backed by engine suppliers Honda, is currently third in the F2 standings and claimed his second win in the series below F1 last Saturday in Belgium.

AlphaTauri, Red Bull’s junior squad, are yet to name either of their drivers for next season, although Pierre Gasly’s form makes it highly likely he will at least stay on.

Asked by Sky Sports F1 about Tsunoda’s chances of a seat, Tost said: “He’s in a good position.

“It depends now how he’s doing in the next races because he needs the superlicence. Then it’s a decision from [the] Red Bull side and normally this decision is being taken September-October.”

A top-three finishing position in F2 this year would guarantee Tsunoda has enough points for a superlicence to race in F1.

Tost also confirmed at the Belgian GP that Tsunoda would make his F1 test debut with the team after the season finishes in December, when there will be a one-day young driver test in Abu Dhabi.

Seventeen Japanese drivers have started an F1 Grand Prix – but none since former Toyota, Sauber and Caterham driver Kamui Kobayashi in 2014.

That includes the period since Honda have returned to the sport and Toyoharu Tanabe, the Japanese manufacturer’s F1 technical director, is hopeful Tsunoda is on the road to make it 18 soon.

“Since he has started this year in Formula 2, he has showed good performance in practice, qualifying and the race,” Tanabe told Craig Slater. “We are waiting for a Japanese Formula 1 driver so we are excited watching his performance at the track. It’s a good sign that F1 team people look at his performance.

“I hope he keeps going with his current momentum and then he has a good chance to get a seat in an F1 car.”

Tsunoda certainly isn’t the only driver in the feeder category with genuine aspirations to graduate to F1 next year.

The current top four in the championship are all already linked to F1 teams. While Tsunoda is Red Bull-backed, Ferrari have championship leader Robert Shwartzman, second-placed Callum Ilott and fourth-placed Mick Schumacher on their young driver books.

The latter trio could be fighting for a seat at Alfa Romeo, Ferrari’s affiliated team, with neither the veteran Kimi Raikkonen nor Antonio Giovinazzi, who also serves as the Scuderia’s reserve driver, yet signed up.

Raikkonen’s two-year deal expires at the end of the season and the former world champion, who turns 41 in October and is in his 18th season of F1, has said he is undecided about his future.

Alfa Romeo boss Frederic Vasseur told Sky F1: “The most important [thing] for Kimi is to race, to get results and to keep this kind of motivation from the sporting side. It’s not a matter of the regulations [in future].

“We just have to deliver and we are doing some good steps forward over the last weekends. If we continue like this, for sure it’s the best way to keep him into the team for the future.”

Free agent Nico Hulkenberg and Racing Point’s Sergio Perez, should he lose his seat to Sebastian Vettel, have also been linked to the Swiss team.