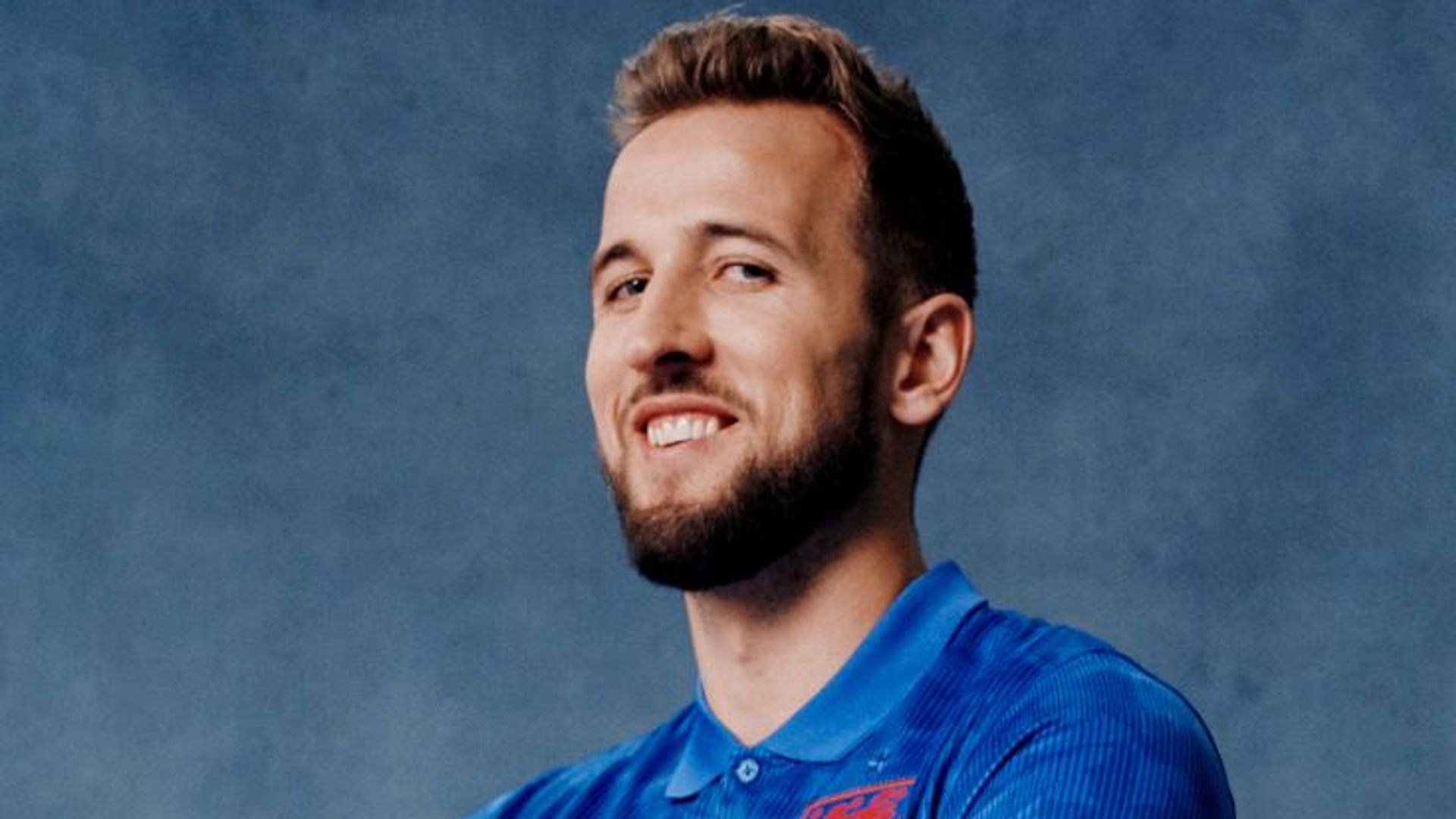 Watch Iceland vs England on Saturday. Coverage begins on Sky Sports Football and Main Event at 4:30pm; kick-off is at 5pm

England have unveiled their new home and away kits ahead of the upcoming Nations League matches against Iceland and Denmark.

Gareth Southgate’s side return to action for the first time since March in Reykjavik on Saturday – live on Sky Sports – before they take on Denmark in Copenhagen in another Nations League Group A2 match on September 8.

The home kit is the classic combination of white shirts, blue shorts and white socks but the change strip is all blue, in a departure from the red away shirt many England fans will be familiar with.

England will be sporting their new kit for the rearranged Euro 2020 – the semi-finals and final of which take place at Wembley- which will now take place next year due to the coronavirus pandemic.

“There is a feel-good factor surrounding the England team and we wanted to capture all that vibrancy and try some new things,” Scott Munson, Nike’s VP of football apparel, told the FA website.

“Their collection balances a classic home identity with an adventurous, eye-catching away kit.”

After their upcoming double-header on the road, England will then return to Wembley on October 8 to take on Wales in a friendly international before facing fellow World Cup 2018 semi-finalists Belgium in the Nations League three days later.

Aston Villa midfielder Jack Grealish has been given his first England call-up following the withdrawals of Marcus Rashford and Harry Winks from Gareth Southgate’s squad.

The 24-year-old could make his international debut in England’s Nations League matches against Iceland and Denmark, which are both being shown live on Sky Sports.

Sky Sports News’ England man Rob Dorsett reports from his Iceland isolation base on all things Grealish, Southgate, Pickford, the defence and… who will even start?

Grealish: I can reach next level with England

Aston Villa midfielder Jack Grealish is hoping his first England call-up and playing with some of the Premier League’s biggest stars will help progress his career to the next level.