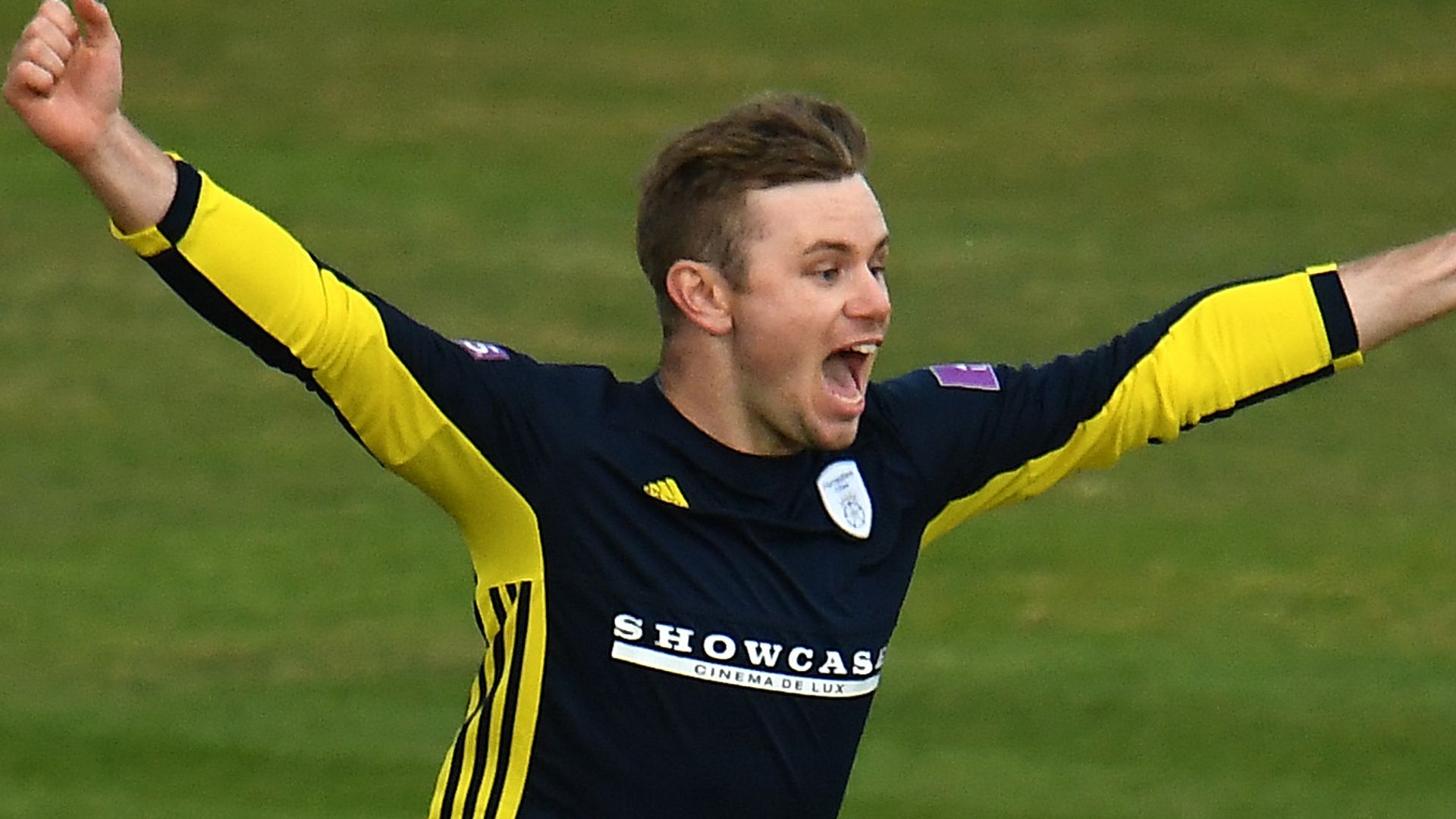 Ryan Ten Doeschate mustered an unbeaten 37 for Essex as the hosts laboured to 139-6; George Munsey struck 32 and Tom Alsop 29 at the top of the order for Hampshire, who ultimately got home with five wickets to spare in the final over.

Heino Kuhn struck a match-winning 42 not out from 31 balls to see Kent to a five-wicket victory over Surrey, who are still yet to taste victory this summer. Kent vs Surrey scorecard

England’s Rory Burns chipped in with an unbeaten 56 from 49 balls in a 127-run stand with Amla, while Test-match team-mate Zak Crawley cracked 32 at the top of the order to get Kent’s chase off to a flying start before Kuhn took over.

Abell’s unbeaten 74 and Hildreth’s 34 not out steered Somerset home, with the hosts reaching 134-2 to seal victory in the 17th over. Ben Green had earlier ripped through the Glamorgan line-up, finishing with figures of 4-26.

David Wiese’s unbeaten 79 saw Sussex beat hosts Middlesex by three wickets, the all-rounder helping his side recover from 67-5 to reach their victory target of 166 with four balls to spare, seeing them go top of the South Group. Middlesex vs Sussex scorecard

Danny Briggs earlier took 2-21 to restrict Middlesex to 165-5; Stevie Eskinazi’s 79 backed up his 84 against Kent, but still proved in vain for the hosts.

Earlier, Richard Levi’s 35 and Ricardo Vasconcelos’ 34 helped the Steelbacks on their way to a score of 158-7, with Saif Zaib also adding a vital 30.