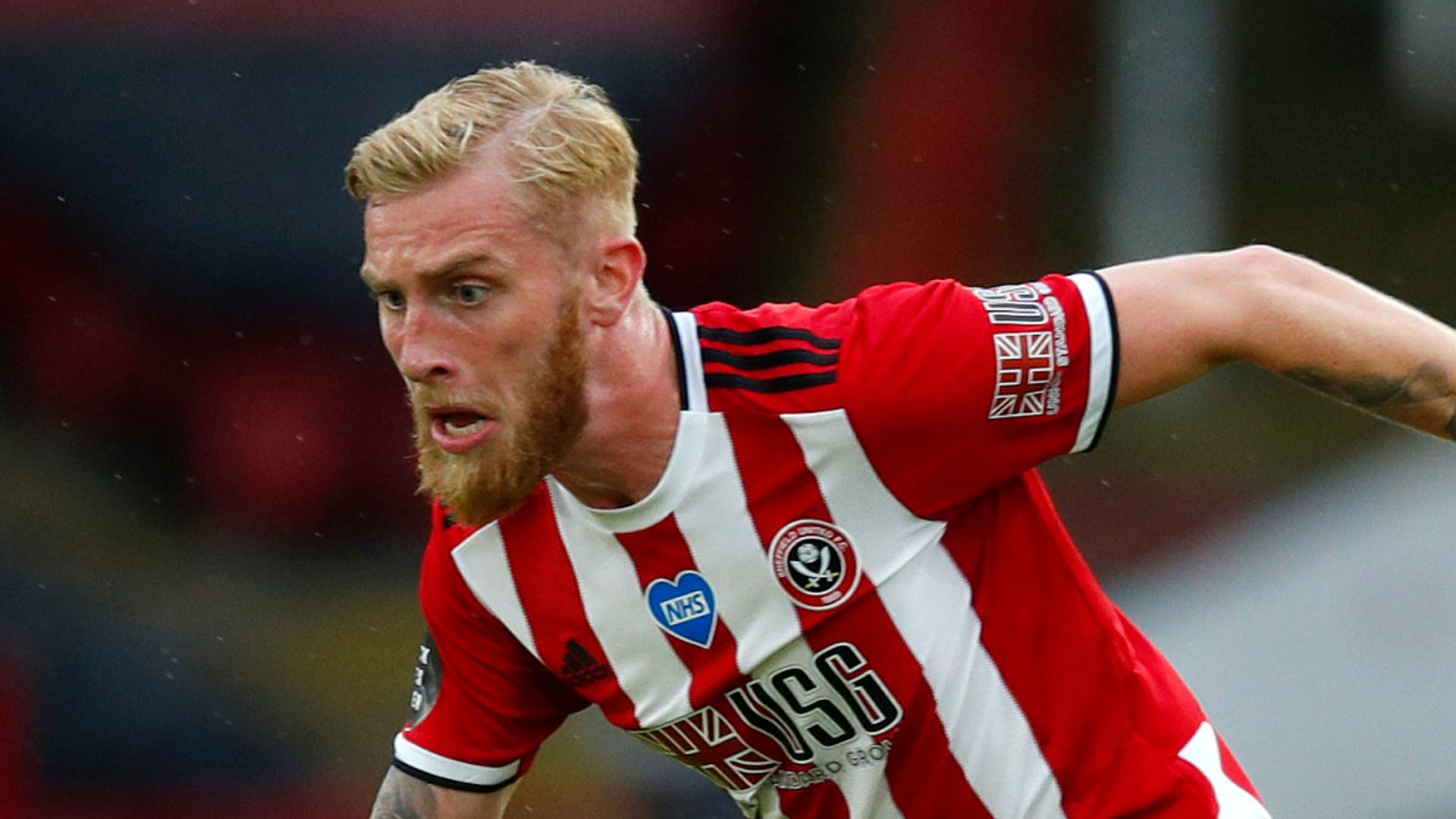 Clarke: “After discussions with the medical team and sports science team it made sense for everyone for Oli to stay at Sheffield and work on his fitness”

Scotland boss Steve Clarke felt it made sense for Oli McBurnie to stay with Sheffield United after the striker’s appearance in a Blades friendly raised eyebrows.

McBurnie played 45 minutes against Derby two days after pulling out of the Scotland squad for the Nations League openers against Israel and Czech Republic with a foot injury.

However, Clarke has moved to defend McBurnie and said the decision to let the striker remain with the Premier League side was the correct one for all parties.

“I spoke to Chris Wilder at the end of last week and he told me Oli hadn’t been training because he had a laceration in his foot that had become infected and that he wouldn’t be fit enough to play at international level,” Clarke said.

“Chris is one of the most honest men in football and we had a good discussion about where Oli was at. People have to remember there’s a world of difference between getting some minutes in a pre-season friendly and preparing for an international double header.

“After discussions with the medical team and sports science team it made sense for everyone for Oli to stay at Sheffield and work on his fitness.”

The 24-year-old missed United’s training-ground friendly win over Hearts on Friday, when Wilder named a 22-man squad. The club’s Twitter account stated when announcing his introduction against Derby: “Oli McBurnie steps up his recovery from injury and replaces (Lys) Mousset at half time.”

Blades boss Wilder later insisted that Clarke had given the green light for McBurnie to be involved.

“I spoke to Steve beforehand and he agreed with us that, given where Oli is at, he was better off being with us and doing this,” Wilder told the Sheffield Star. “He was happy with everything and we kept him fully informed of everything. For me, and for him (Clarke) it makes perfect sense.”

McBurnie reaffirmed his commitment to Scotland a year ago, addressing his international team-mates to reassure them that disparaging comments about playing for his country, which were leaked on social media footage, were said in jest.

As well as McBurnie, Clarke is without the injured Leigh Griffiths and Lawrence Shankland from his strike force, while Hearts forward Steven Naismith has not played since March and was not included.

Cardiff utility man Callum Paterson was called up following the withdrawal of Shankland and McBurnie.

The uncapped Lyndon Dykes is the only recognised centre-forward in the squad although wide man Oli Burke has previously played through the middle.