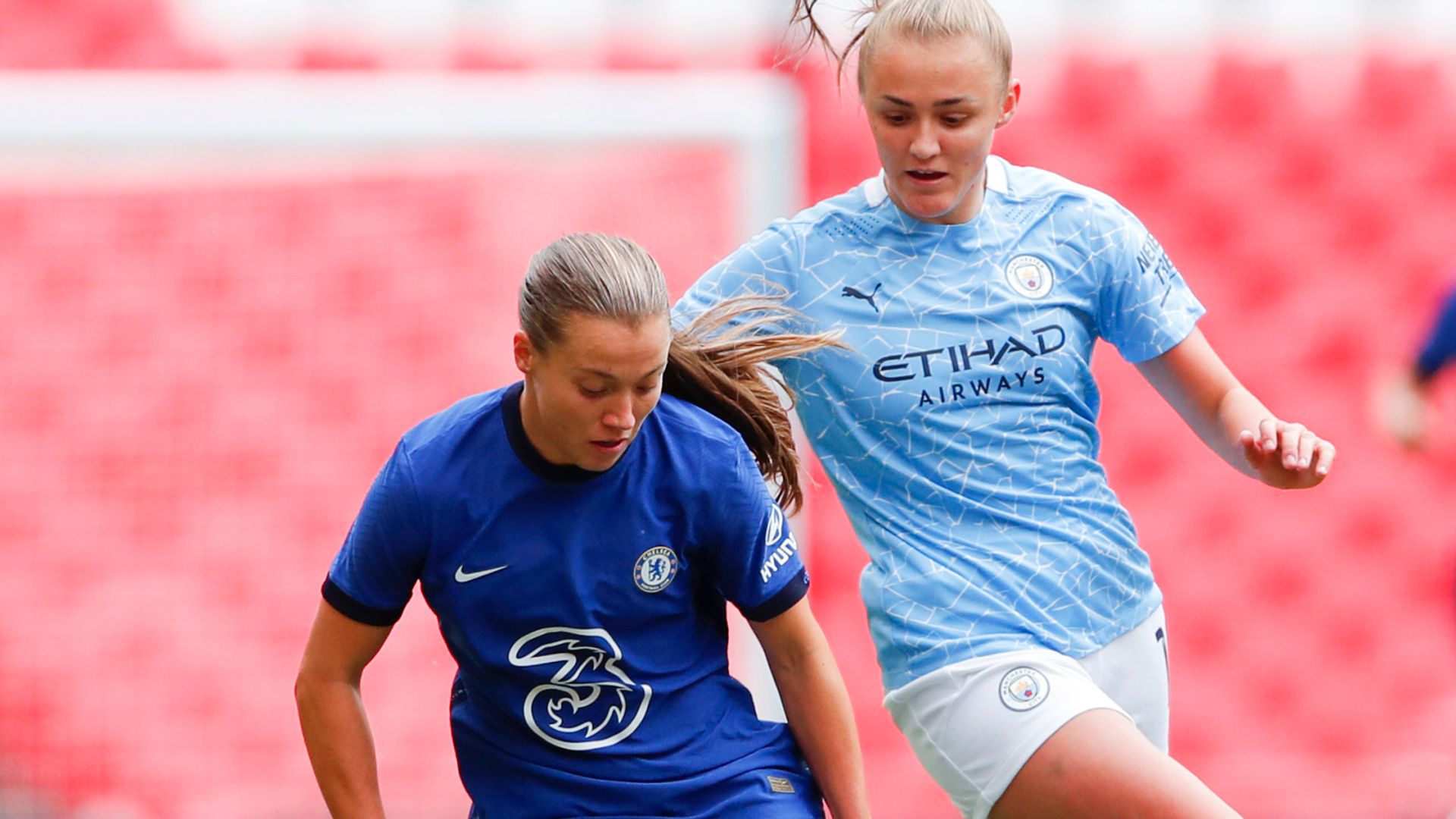 Former Arsenal and England forward Lianne Sanderson believes a developing win-at-all-costs mentality has transformed the WSL into the best league in the world.

The National Women’s Soccer League (NWSL) returns in America next month, but for now Sanderson says it is the WSL leading the way after witnessing a winning mentality – first seen stateside – make its way across to England.

Sanderson told The Women’s Football Show: “When me and Jill Scott used to be room-mates at England, we would play against each other on the Sunday and try to kill each other, in a good way. You wouldn’t want it any other way. Then you go away with England and you’re friends again. It’s still hard but you all want to win and are all out there for that common goal.

“The top players always have that mentality. It’s not an arrogance, it’s that you want to win, and at all costs.

“Being in America for the past 10 years it’s something I fell in love with here. They will win at all costs. They know they are the best and they are not ashamed to say it.

“In England maybe we are a bit too modest, a bit like ‘we can’t say we want to win… you can’t say this’. No. You can.

“Emma Hayes has been in America, managed there, she knows where the teams [in the WSL] need to be at. I think that is where the difference has come.

“That’s why players from the US are coming to the WSL, it is, for me, the best league in the world now. It never used to be, I think the American league was, but the WSL is taking over.”

On the recent additions, Sanderson added: “It’s great there are so many players moving, and I expect more transfers coming through as well. It’s exciting for the league. Mewis and Lavelle are the top two everybody is looking out for, but Fishlock coming back to play in England is also a big plus.”

“It’s great for the league, obviously all these players wanting to come and be part of it. I definitely believe this is going to be the toughest and most competitive season yet,” she said.

“It’s going to be nice to see how teams fare against these challenges. I have big admiration for Lavelle, I watched her in the World Cup and thought she was unbelievable.

“It’s going to be exciting to see how she plays in the league and how they adapt to being in our country, what they can do and showing what our league is about.

“Hopefully they stay for a longer period as short stints you can’t always see the best in these quality players. To give them that extra time can really show their abilities in this league.”

Chelsea are the reigning WSL champions after winning the curtailed 2019-20 campaign on a points-per-game basis, and started the new season in style when beating Manchester City in the Community Shield on Saturday.