Jose Carlos Ramirez could be pressed with a hard choice to make.

“Please be advised that on Tuesday, July 28, 2020, this Committee granted sanction approval of the WBO & WBC Unified Jr. Welterweight Championship Contest between Jose Ramirez and Viktor Postol, with the provision that the winner must face WBO Jr. Welterweight Mandatory Challenger Jack Catterall within 120-days after the bout,” Luis Batista-Salas, chairman of the WBO championship committee noted to representaties for Ramirez and Catterall in an official letter, a copy of which has been obtained by BoxingScene.com. “The official sanction letter was duly notified to Top Rank Promotions via email on Thursday, August 27, 2020.

“Therefore, in light of the preceding, the parties have twenty days (20) upon receipt of this letter to negotiate and reach an agreement between the WBO Jr. Welterweight Champion Jose Carlos Ramirez and Mandatory Challenger Jack Catterall.” 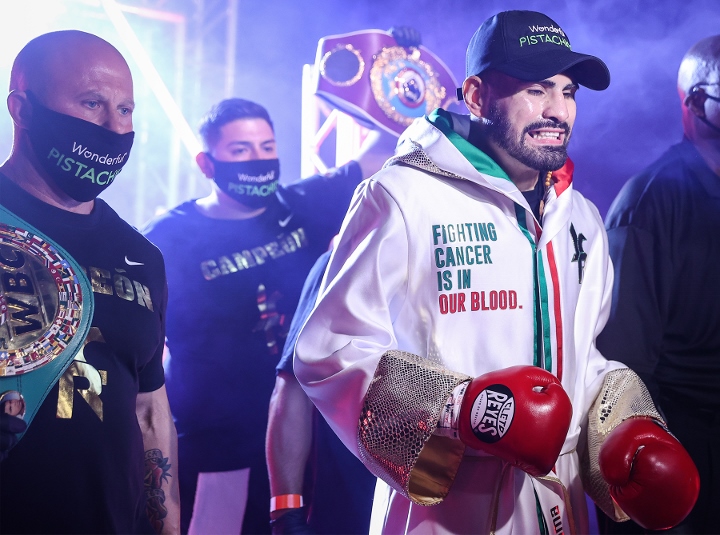 Ramirez is represented by Top Rank, while Catteral fights under the Queensberry Promotions. Their respective promoters, Bob Arum and Frank Warren were directly notified by the sanctioning body to begin negotiations on Monday, due to conclude by September 20 before being subject to a purse bid hearing.

Ramirez inherited the WBO mandatory following his 6th round knockout of Maurice Hooker in their unification battle between unbeaten titlists last July in Arlington, Texas. A fight between Ramirez and Catterall (25-0, 13KOs) was initially ordered last August, though with both parties reaching an agreement which allowed Postol and the WBC to go first.

Efforts to schedule a Ramirez-Postol clash saw two postponements due to the ongoing coronavirus pandemic before seeing the light of day this past weekend in Las Vegas. The preceding delays pushed back everyone’s timeline, including the sanctioning bodies who are prepared to honor what was already confirmed in writing in order to ensure full representation.

“If an accord is not reached within the time frame stated herein, a purse bid will be ordered according to our WBO Regulations of World Championship Contests,” notes Batista-Salas. “The minimum acceptable bid in the WBO Jr. Welterweight Division is $150,000.00 (One Hundred Fifty Thousand Dollars). Any of the parties involved may request a purse bid procedure at any time during the negotiation process.”

Catterall was retroactively named WBO mandatory last January, three months after outpointing Ohara Davies in October 2018. Two fights have since come for the 27-year old southpaw from Lancashire, England, including a 10-round decision over Timo Schwarkopf last November in Dubai.

The unbeaten Brit has made it clear that he plans to next fight for the title and will not accept step-aside money.