Undefeated Padraig McCrory is well aware that this week’s fight with Mickey Ellison is set to serve as the toughest of his career so far – ahead of their highly-anticipated showdown on Wednesday’s MTK Fight Night.

The card is the latest event to come from Production Park Studios in Wakefield, and will be shown live in the US on ESPN+ in association with Top Rank, and worldwide on IFL TV. 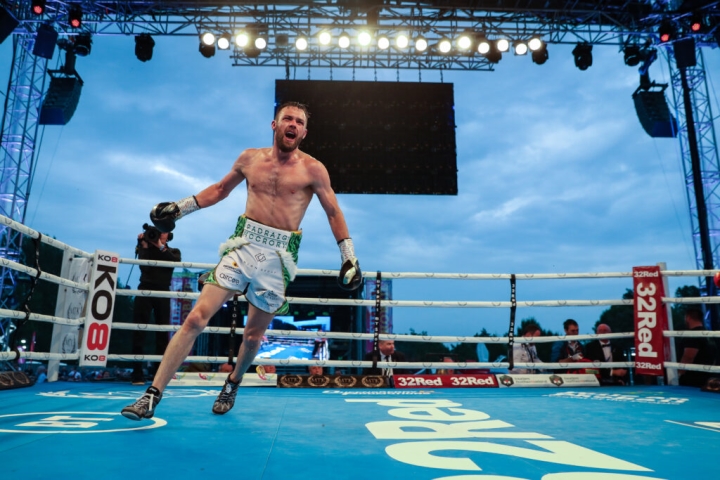 McCrory (10-0, 4 KOs) enjoyed a successful 2019, topped off with stopping Steve Collins Jr to win the BUI Celtic super-middleweight title, but he knows full well he’ll have his hands full with in-form Ellison (12-2, 4 KOs).

McCrory said: “I’m very excited about getting the opportunity to fight on this show. I thought when lockdown first came into place I could be waiting a long time, so I can’t wait to be back.

“I’m expecting and have trained for a very hard fight. We have looked at a few videos of Ellison and definitely think we can put a game plan together to come out victorious.

“I think it will be strange fighting in front of no crowd as I always sell good tickets and have a good fan base. but we’re all in the same boat so it’s just about adapting to the surroundings.

“I see every upcoming fight as my biggest test so this goes to number one on the list of my hardest fights, but I’m hoping a win in this fight could lead to a shot at a European title, and then that could give me a top 15 world ranking.”

McCrory vs. Ellison is part of a card which is headlined by Akeem Ennis Brown and Philip Bowes meeting for the British and Commonwealth super-lightweight titles.