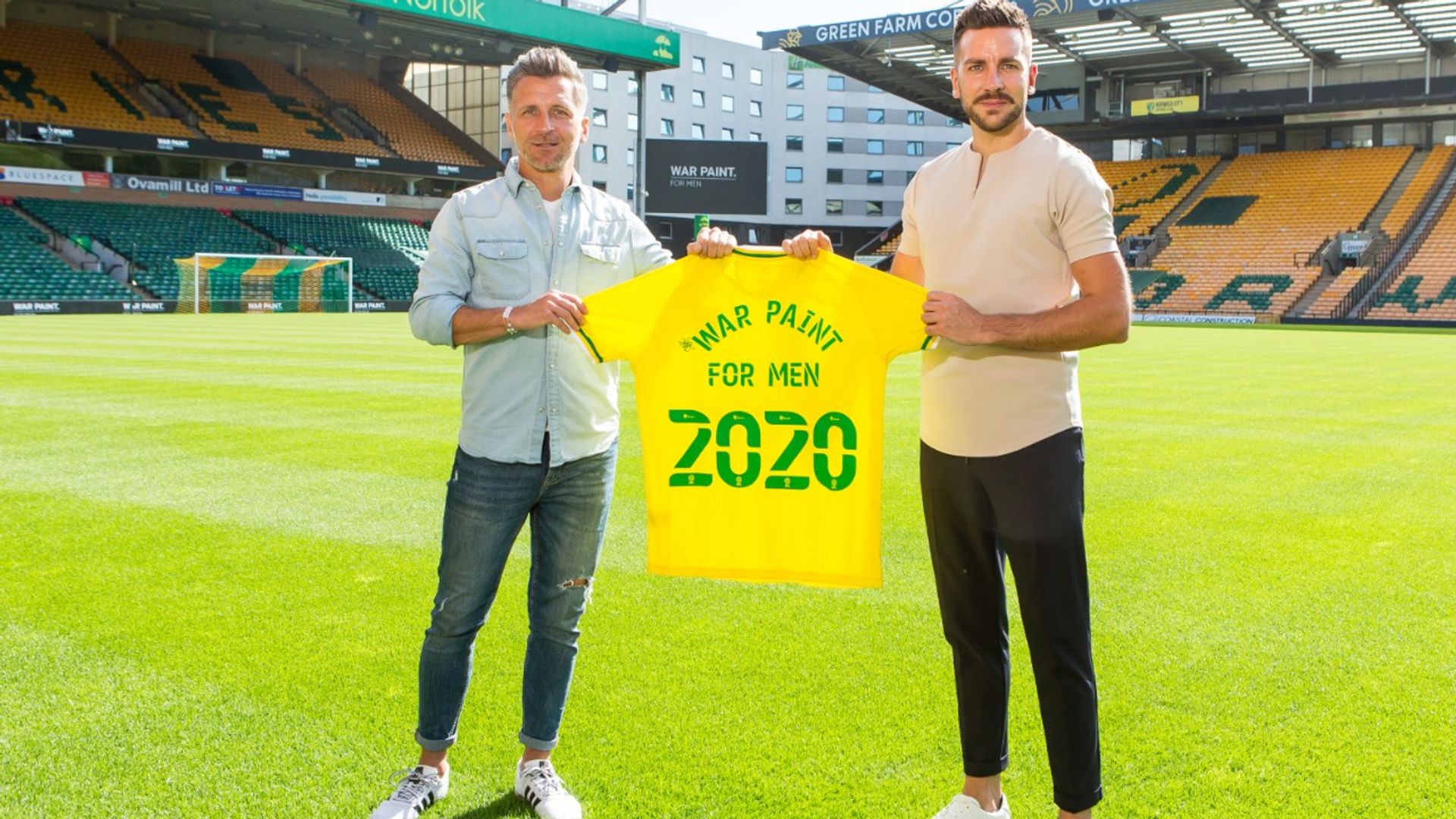 Norwich have partnered with men’s make-up brand War Paint to raise awareness around mental health during the 2020/21 football season.

The Championship club will feature War Paint on their matchday and training kits, with both parties promising action to “support and inspire positive conversations around men’s mental health and wellbeing on the pitch, in the stands, and in the wider community”.

Former Canaries midfielder Darren Eadie is delighted with his old club linking up with War Paint.

“It’s just fantastic,” Eadie said. “I’ve been an advocate for mental health for many years after my experiences.

“You need confidence in whatever you do in life – whether you’re going for a job interview or playing football. Norwich is all about diversity and inclusion and that backs it all up.”

“They also have a very clear commitment to important messaging around mental health and wellbeing, are keen to encourage positive discussions and challenge stereotypes.”

The partnership is one of many steps being taken across football to address mental health, particularly among men.

Last season’s FA Cup final was named the ‘Heads Up FA Cup final’ as part of Prince William’s campaign to raise awareness around mental health, while the FA signed the ‘Mentally Healthy Football’ Declaration in July to ensure a lasting legacy from the Duke of Cambridge’s efforts.

“I’m proud to be working with a club like Norwich City FC who aren’t afraid to take a stand and put men’s mental health in the spotlight,” War Paint’s founder Danny Gray said.

“I’m so excited to see what we can achieve together and how we can make positive change. I was inspired to create War Paint due to my own mental health struggles so it has never been solely about make-up for me.

“It’s about giving men confidence and more choices in their personal care – both mental and physical. My priority isn’t to get the players wearing make-up, I want to stimulate positive conversations about men’s mental health.”