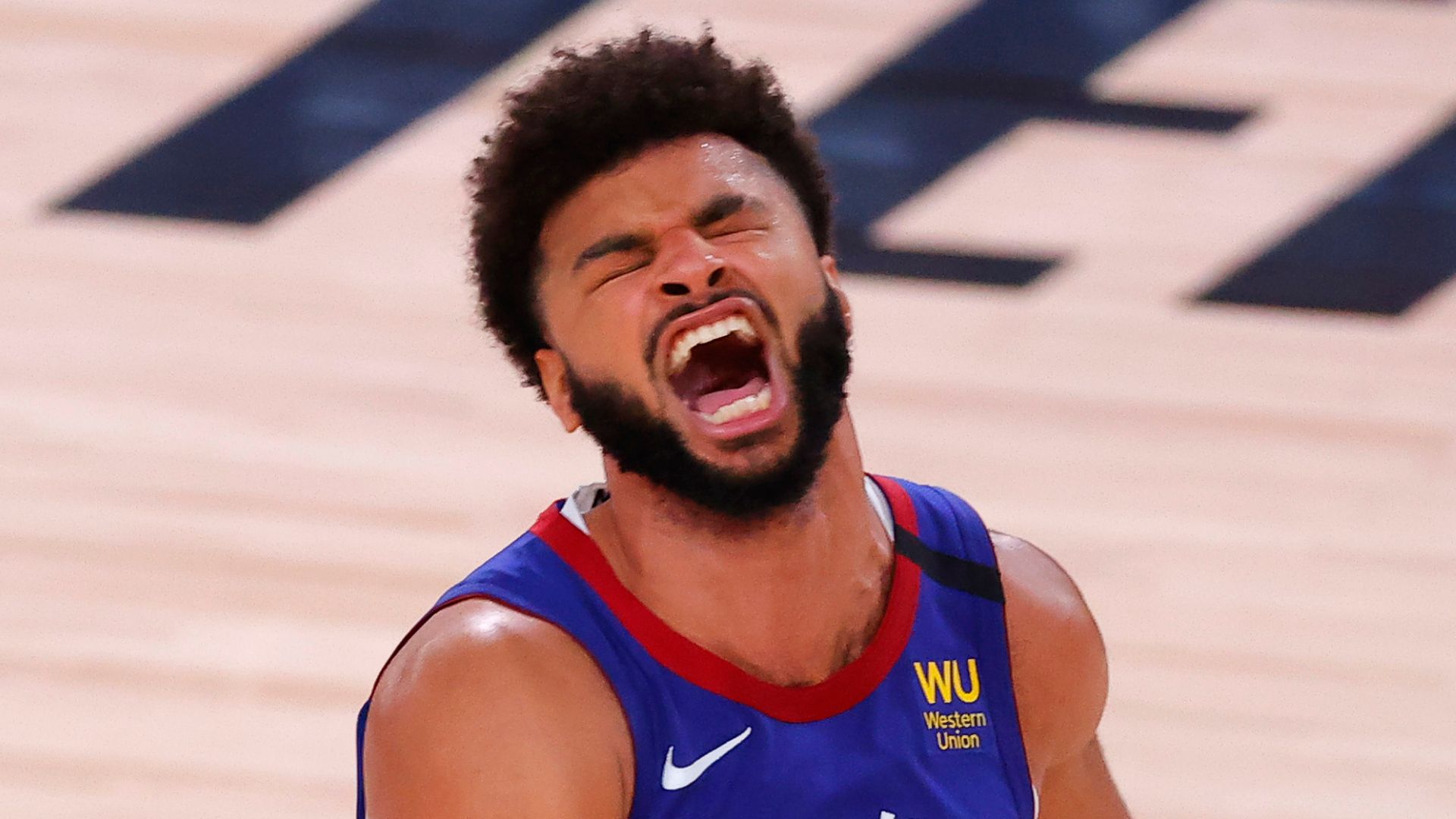 An emotionally and physically exhausted Jamal Murray needed a few moments to compose himself after delivering an inspired performance amid a turbulent week across America.

The 23-year-old wore shoes displaying black-and-white pictures of George Floyd and Breonna Taylor as he erupted for 50 points to lead the Denver Nuggets to victory over the Utah Jazz, forcing a Game 7 in the first-round playoff series.

It came on the weekend the NBA resumed play after teams had boycotted three days of games in the wake of the police shooting of unarmed black man Jacob Blake in Wisconsin.

“I just want to win,” said Murray. “In life you find things that hold value to you, and things to fight for and we’ve found something to fight for, as the NBA and a collective unit.

The fight against racial injustice and police brutality has been at the forefront since the NBA’s restart in Orlando, with the words ‘Black Lives Matter’ printed on courts and players permitted to wear social justice messages on their jerseys following the police killing of George Floyd in Minneapolis in May.

“It’s not just in America,” added Murray.”It happens everywhere. For us to come together in the NBA, it doesn’t take one meeting, it takes a couple of meetings, a few meetings, it takes phone calls, it takes persistence.

“It’s not going to take one night and we’ve been trying to fight for 40 years, but these shoes gives me life. Even though these people are gone, they give me life, they help me find strength to keep fighting as well. That’s why I’m going to keep doing it.”

Murray has been instrumental in the Nuggets’ comeback from 3-1 down to level the series, collecting 142 points over his last three games in an absorbing duel with the Jazz’s Donovan Mitchell.

“I think it was a superb performance,” said Kenny Smith on Inside the NBA. “I think even without the double team coming, to make as many shots as he did with the accuracy he did was incredible. He’s had an incredible series.

“We talked about Luka’s series [against the Clippers]. This to me passes that in terms of what he’s done. Then at the end of the game, the raw emotion.

“You never know how young men, especially the players that are in the bubble, are taking everything that is going on socially.

“If we think about this, Jamal four or five years ago was in his house in Canada so his experiences far outweigh what’s going on and so how he’s connecting to what’s going on is just astounding. Just an unbelievable performance by him.”