The teams behind Julio Cesar Chavez Jr. and Mario Cazares really want to face each other on the ring, but their teams are currently haggling over the weight limit.

This past Friday, at a virtual press conference was offered by the World Boxing Council, to make the official announcement between Chávez Jr. (51-4-1, 33 KO’s) and Cázares (12-0, 6 KO’s), which is scheduled for Friday, September 25 in Tijuana. 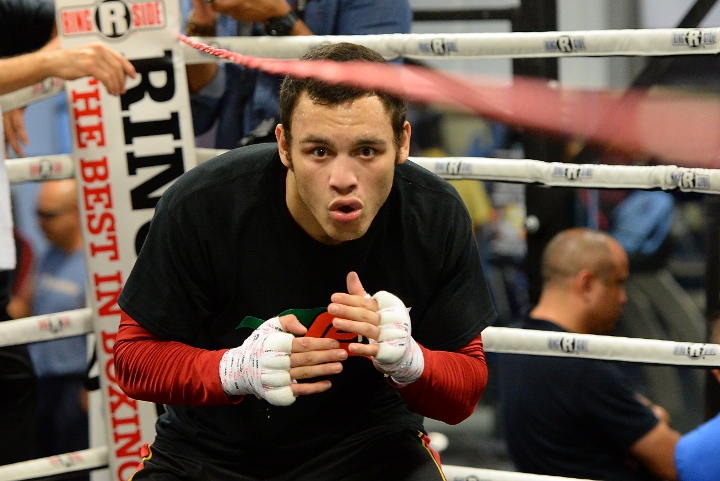 Chávez Jr. assured that he has trained with great dedication, that he is under the command of Freddie Roach and that he has taken on the challenge of facing a young, undefeated fighter, because he wants to show that he is ready to fight for a world championship again.

“In the fight I had against Daniel Jacobs (in December), I did three rounds that I really liked, the best I’ve ever given, but I broke my nose because of his style, because of his head butts. That’s why I say that I have the level to be world champion again and I wanted to reappear against a tough opponent, so that the WBC can rank me after my victory,” said Chavez Jr.

His rival, Cazares, declared that he felt great admiration for the great Mexican champion Julio César Chávez, and recalled that as a child, he had an exhibition fight with Omar Chávez, and confirmed that he won a gold medal in the National Olympics by winning the final over Saúl “Canelo” Alvarez.

“Life is full of challenges, and I like challenges. Of course I’m taking a risk by going up the division, I am a natural super middleweight and going to light heavyweight is a challenge, but I take it because it is an important fight for my career, and I am preparing to achieve victory,” Chavez Jr. said.

Chávez Sr. revealed that he did not want Cázares as his son’s opponent, because he is a very tough, complicated fighter. He wanted her son to reappear, especially because he had a nose job, against a less risky adversary.

“I told Julio to take a quiet fight, but he took this risk because he wants to be world champion. I see that he has been training very well and that he is really looking forward to it, I am sure it will be a great fight,” said Chavez Sr.

During the conference, a controversy was generated between Chávez Sr, and the people who represent Cázares, regarding the weight at which this fight will be agreed upon.

Chávez Sr, speaking both as father and promoter, was very punctual in establishing that the fight would be held with a cap of 175 pounds, but the representative of Cázares claimed that there was a prior agreement for it to be at 172, even accepting that they can take it at 173.

The president of the World Boxing Council, Mauricio Sulaiman, promised to mediate in this controversy, and to monitor how both fighters are gaining weight.

Both Chávez and Cázarez assured that they would have no problem reaching an agreement that satisfies both parties.