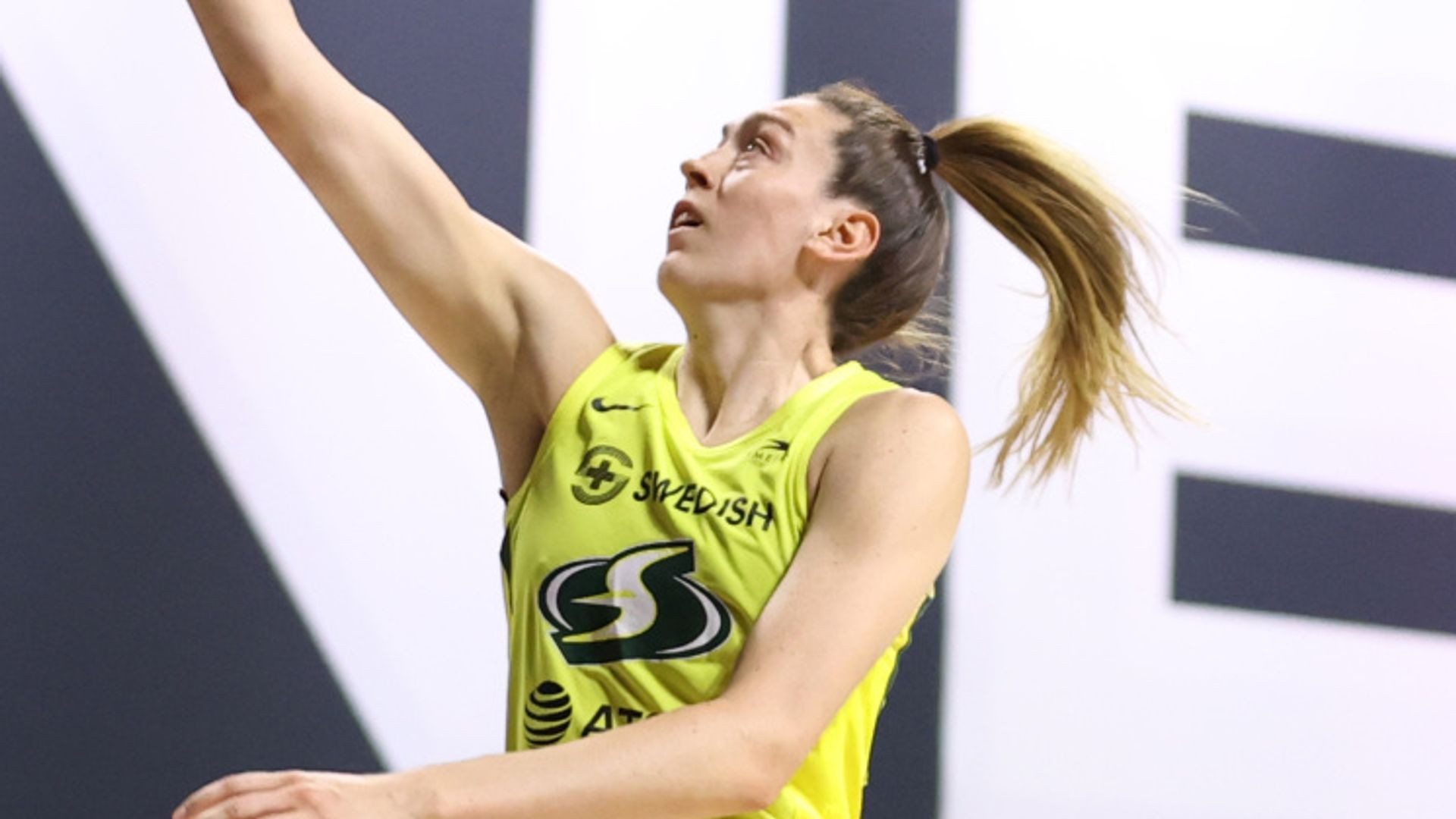 Breanna Stewart had 21 points and eight rebounds and Natasha Howard added 17 points and 15 rebounds as the Seattle Storm beat the short-handed Chicago Sky 88-74 on Saturday to clinch a playoff spot and stay atop the WNBA standings.

Stewart beat the half-time buzzer with a baseline jumper to give Seattle a 49-34 lead. The Storm opened the second half on a 9-2 run for a 58-36 advantage and led by at least 14 points the rest of the way.

Kahleah Copper scored 19 points and Allie Quigley added 11 for Chicago (10-6), which only had eight players. Courtney Vandersloot had nine points and nine assists.

Chicago were without Diamond DeShields and Azura Stevens after both players left the WNBA bubble. Stevens, averaging 11.5 points and 5.9 rebounds, is out for the season with left knee injury and DeShields left for personal reasons.

Sugar Rodgers scored 12 points for Las Vegas (12-3), which has won four straight. Kayla McBride and Angel McCoughtry each had 10 points.

Amanda Zahui B grabbed a career-high 21 rebounds to set a single-game record for New York, passing Tina Charles 19 in 2017. The WNBA record is 24, set by Chamique Holdsclaw in 2003.

Arike Ogunbowale made 5-of-7 from three-point range and finished with 28 points and Satou Sabally added 18 points and 11 rebounds in the Dallas Wings’ 82-78 win over the Indiana Fever.

Ogunbowale, who went into the game leading the WNBA in scoring at 21.5 points per game, has scored 20-plus in seven consecutive games. Allisha Gray added 13 points and Marina Mabrey scored 10 for Dallas (6-10).

Candice Dupree hit a jumper to give Indiana (5-10) – who trailed by as many as 13 points in the first half – a 64-60 lead with eight minutes to play, but Ogunbowale scored 11 points from there. After Dupree made two free throws to make it 72-all with 3:56 remaining, Sabally converted a three-point play.

After Kelsey Mitchell missed a three-pointer on the other end, made two foul shots to give the Wings a five-point lead. Mitchell had 19 points to lead six Indiana players scoring in double figures.

Dupree made a jumper with 5:59 left in the game to give the Fever their final lead at 68-67. Indiana then went 0-for-5 from the field with three turnovers before Mitchell’s three-pointer with 3.9 seconds to go.