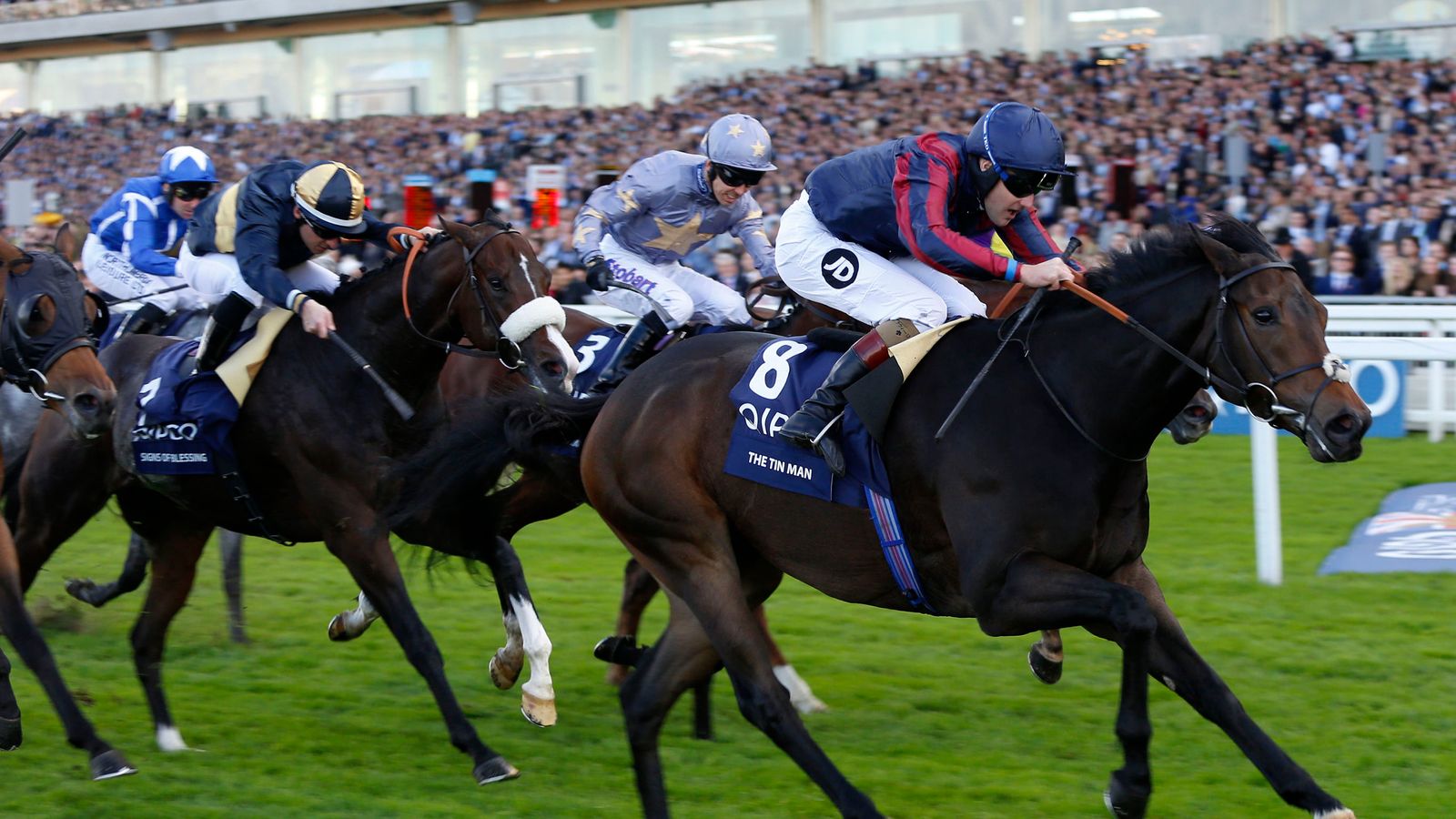 James Fanshawe reports The Tin Man to be in good order ahead of trying to reclaim his crown in the Betfair Sprint Cup at Haydock on Saturday.

The Equiano gelding will bid to secure his first victory since landing the six-furlong Group One prize in 2018, having finished runner-up 12 months ago.

The Tin Man showed he still retains plenty of enthusiasm at the age of eight when taking a step forward from his return in the Diamond Jubilee Stakes to chase home Tabdeed in the Hackwood Stakes at Newbury.

Fanshawe said: “Touch wood, The Tin Man seems very well. He is bouncing and is very fresh and he will have improved for the run at Newbury.

“He is in good form and I’m looking forward to Haydock where I’m sure he will have plenty of younger horses snapping at his heels again.

“We did think about going to the Maurice de Gheest, but that looked very tough and we just thought we would keep him fresh for Haydock.”

The Newmarket handler looks to have another smart prospect on his hands in Hickory, who like The Tin Man is owned by the Fred Archer Racing syndicate, after making his debut a triumphant one at Yarmouth.

Fanshawe said: “We have had lots of success with the Fred Archer Racing syndicate and we now have some fresh blood with Hickory.

“It is a while since we have had a two-year-old colt win first time out, but he has always looked nice and he did it well coming from last to first to win.”

Regarding future plans, Fanshawe intends to adopt a patient approach with the Free Eagle colt.

He added: “He is in the Tattersalls Sales race at Newmarket and the Two Year Old Trophy at Redcar, but we will see how he comes out of this.

“It would be nice to go for something smaller before putting the pressure on him as he will progress from two to three.”

Prolific all-weather scorer Harry’s Bar could be set for a spell racing in Dubai over the winter, having secured his sixth victory on an artificial surface in the Chelmsford City Cup.

Fanshawe said: “Harry’s Bar has been great for us and he has now won six races in just over a year.

“He had a break during the lockdown and it took us a while to get him in top form, but he ran well in a conditions race at Newcastle and I was pleased to see him power home over seven furlongs at Chelmsford.

“He is up to 106 now which keeps him out of handicaps and we are just deciding whether to have a go at the All-Weather Championships or go to Dubai as those look his two options.”