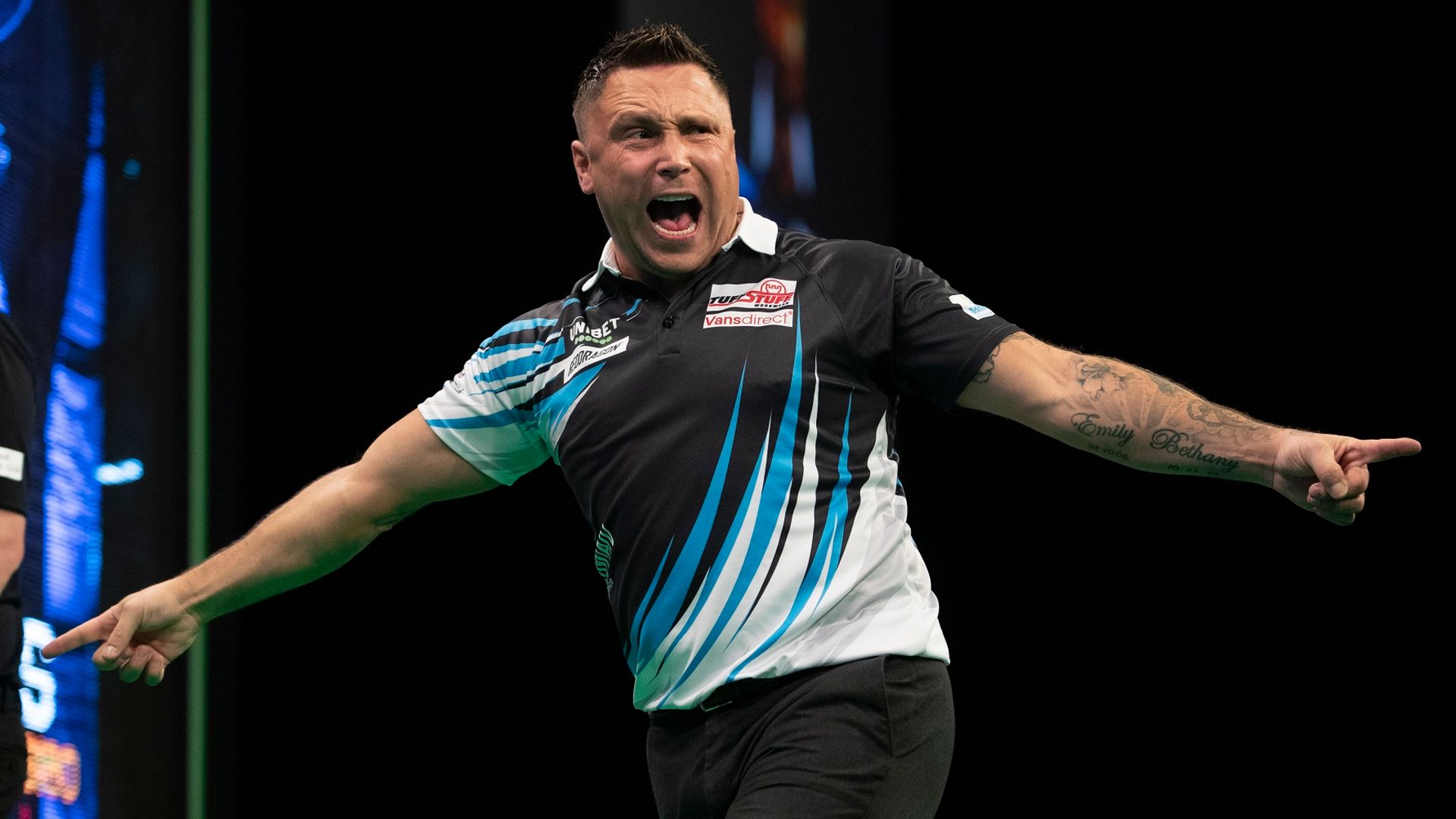 After his win over Michael van Gerwen on Saturday night, Gerwyn Price said he feels the Premier League is wide open this year.

Glen Durrant is four points clear at the top of the table, but after that just two points separate second and seventh.

With reigning champion MVG struggling for form, the Iceman feels that anyone could claim the title this year.

“I think anyone can win this,” he said. “I think Michael knows it, Glen knows it, everybody knows. Whoever gets in the top four for the Play-Offs, any one of them can win.

“Michael, I wouldn’t say he’s playing really bad. It’s just everybody else has upped their game and put him under a lot more pressure. Whoever you play, whether it’s Michael, Nathan, Glen, Daryl, there’s tough games. And they know it’s a tough game when they play you as well.

“I need to pick up as many points as I can to keep myself in the race. I need to go and beat Peter again [on Sunday evening]. If he beats me, it’s another three points difference between me and Peter. So it’s going to be difficult to pull him back with four or five games left. So if I can go and win, get another two points against Peter, be a point in front of him, put pressure on the people behind, then anything is possible.”

The Welshman says he’s not feeling overwhelmed on the Milton Keynes stage.

“I don’t think it’s pressure,” he added. “It’s just money at the moment. You just want to play well, and make sure you’re in top form when the big majors and big tournaments come around. I don’t know about everybody else, but I don’t feel any pressure. I want to win. I want to win the money. I’d like to be Premier League champion. But I’m not putting myself under too much pressure.”

Saturday night was only Price’s second-ever win against the Green Machine, after breaking the duck last November at the Grand Slam.

After so many nail-biters between the two players, Price is hoping that he can start picking up more victories against the world No 1.

“Even before I won my first game against him, we’ve had close encounters,” he said.

“I’ve missed numerous darts to beat him. I think maybe three, four, five games previous to when I beat him for the first one, I bombed opportunities. They’ve been one-leg margins. I know I can beat him. It’s just hitting that final double and sometimes that’s the hardest part – well, definitely the hardest part.

“I started quite well in that game and put Michael under pressure, 5-1 up and possibly could have been 6-0 up. I felt confident, I wasn’t missing much. I was a couple of legs up, 7-2, 7-3, I started thinking about winning that final leg and I started to play rubbish then. I got over the winning line in the end.

“Even if I was 7-0 up I still think he can win. That’s how good he is. You can never write him off. I was happy to get a point, but if he had come back to 7-7, I would have been disappointed. But I was happy to get over the line tonight.

Coverage of the Premier League continues on Sunday night from 7pm on Sky Sports Action.