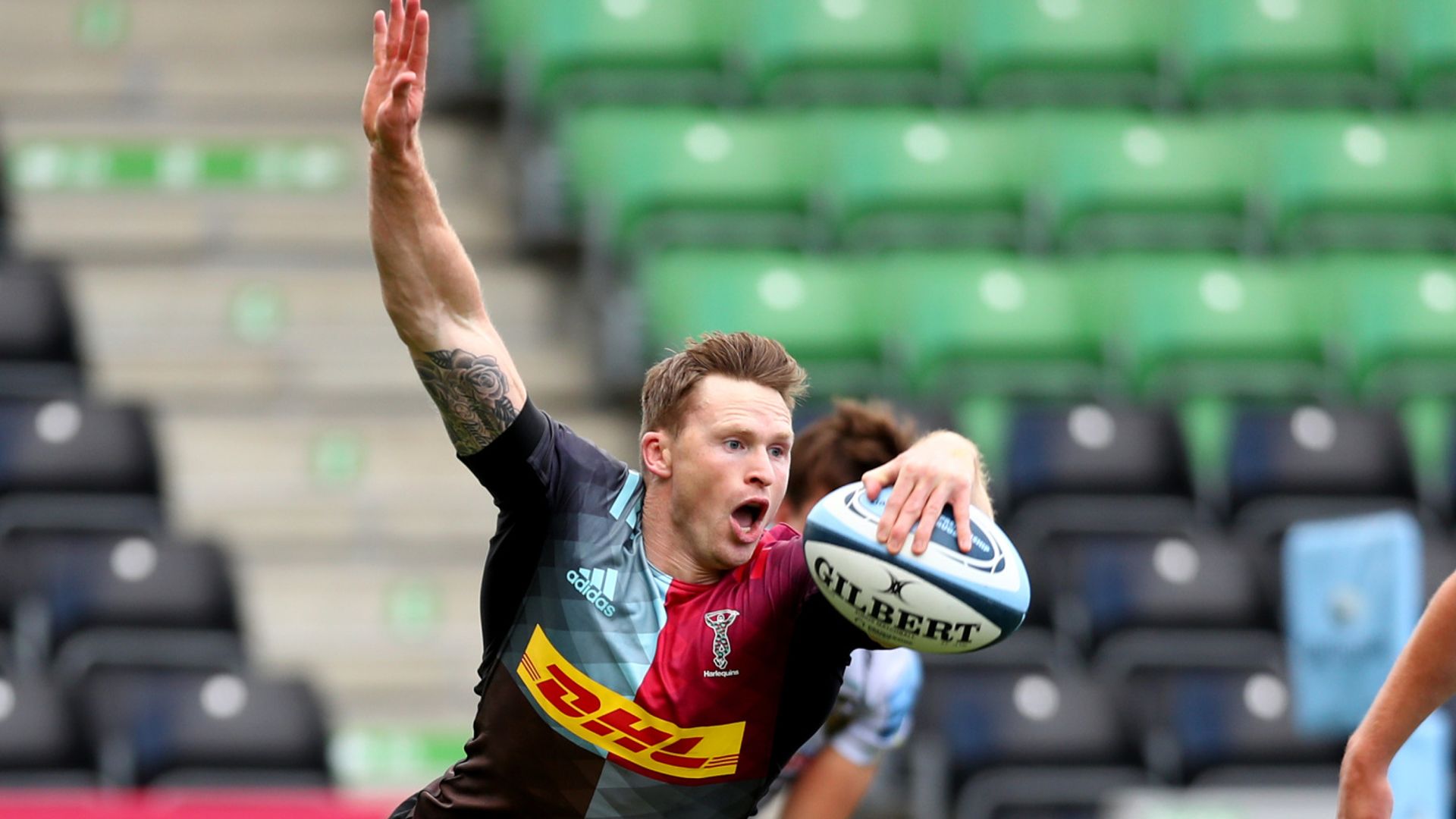 A bonus-point win that keeps Paul Gustard’s team on the fringes of play-off contention was inspired by Mike Brown, the nation’s most capped full-back, whose quick thinking created tries for Nathan Earle and Chris Ashton.

Ashton finished a move that started when Brown schemed his way out of a defensive line-out inside Quins’ 22 and moments earlier Saints had been nudged closer to the precipice by a try from another England veteran in flanker Chris Robshaw.

The club’s seasoned campaigners, a group that also included scrum-half Danny Care, bossed youthful opposition as Northampton slumped to a third defeat in four outings since the five-month break for Covid-19.

While none of the out-of-favour England stars will have forced a rethink from Eddie Jones, who was watching from the stands, Marcus Smith gave the Australian a nudge with a classy display at fly-half alongside a strong afternoon from No 8 Alex Dombrandt.

Forwards Jonny Hill and Sam Simmonds both scored hat-tricks as Exeter extended their lead at the top of the Premiership table to 14 points with a nine-try demolition of Worcester at Sandy Park.

Worcester, who selected virtually a reserve side to take on the leaders, could only muster a solitary late try from Ashley Beck in response, converted by Billy Searle.