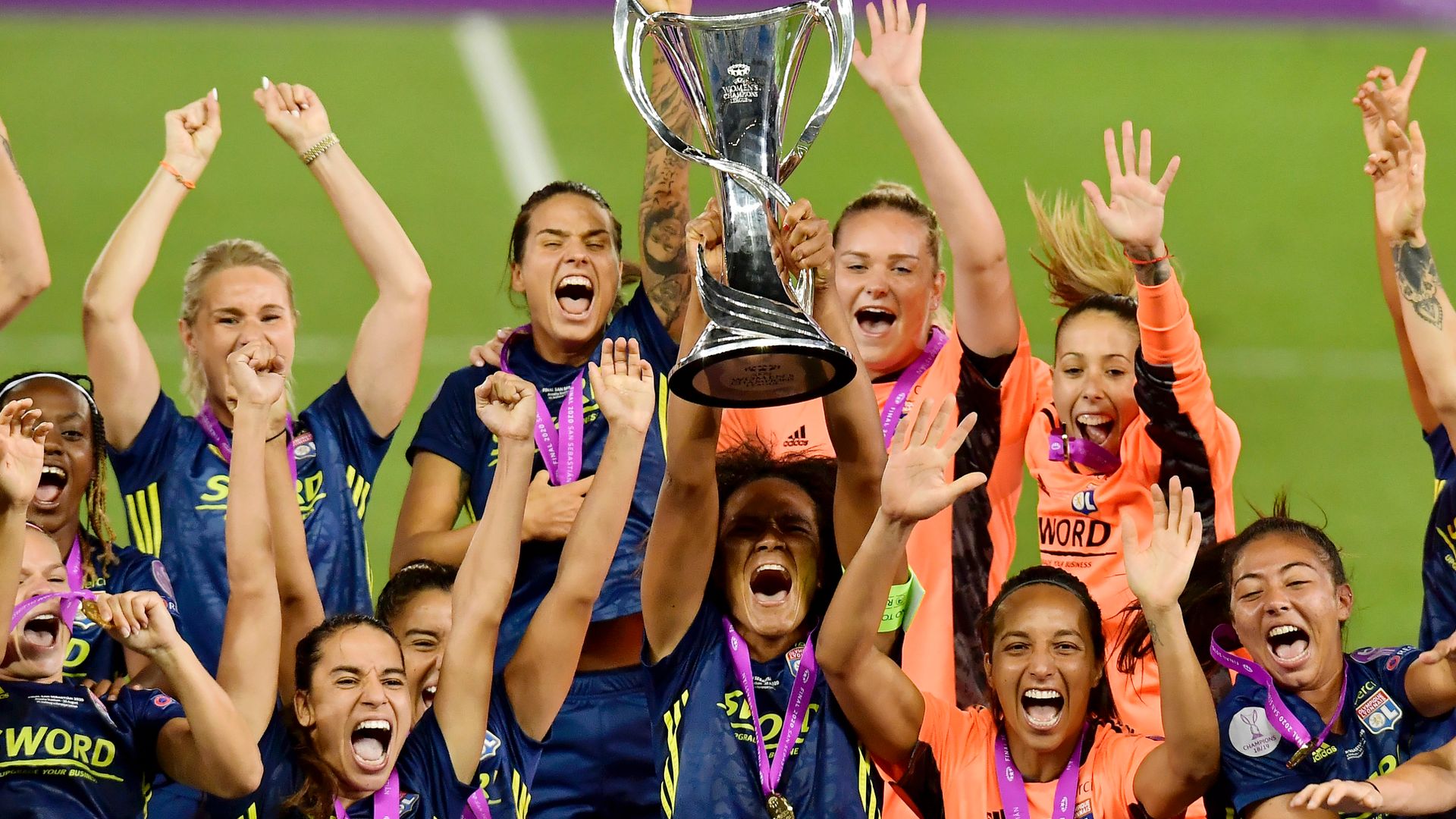 Eugenie Le Sommer put the French side ahead in the 25th minute before Saki Kumagai (44) added the second just before half-time – becoming the first Asian player to score in a Women’s Champions League final – as Wolfsburg failed to have a shot on target in the opening period.

Alexandra Popp (57) netted after the break to ask some questions of Lyon, but Sara Bjork Gunnarsdottir (88) – who only joined Lyon in July, making the switch from Wolfsburg – secured the victory with a late third as they lifted the Champions League trophy for a fifth successive season.

Lyon made light of big-name absentees like Ada Hegerberg and Nikita Parris and have not tasted defeat in competitive action since a 1-0 loss to Paris Saint-Germain in the French cup final back on 21 May 2018.

England’s Lucy Bronze also finished her Lyon career in style, bowing out with three successive European titles – the first English player, male or female, to do so. The 28-year-old has yet to reveal her next destination, but sealed the ideal exit in San Sebastian.

Lyon dominated from the off, Europe’s outstanding talents again showing all the poise and polish required for another triumph.

Le Sommer put the defending champions ahead, sweeping home at the second attempt having had her first effort parried by Friederike Abt. The lively Delphine Cascarino had created the opportunity, charging down the right flank and laying on a smart cutback across the area.

Wolfsburg shook off the setback and settled into the contest, but crucially were unable to carve out any genuine chances.

Lyon punished the Germans just ahead of the break, thanks to Kumagai’s high-quality strike. The Japan midfielder drilled home from the edge of the area with a fine technical finish, to leave the French side in total control at the break.

Lyon eased into the second half and appeared entirely comfortable, only for Wolfsburg to snatch a lifeline just ahead of the hour.