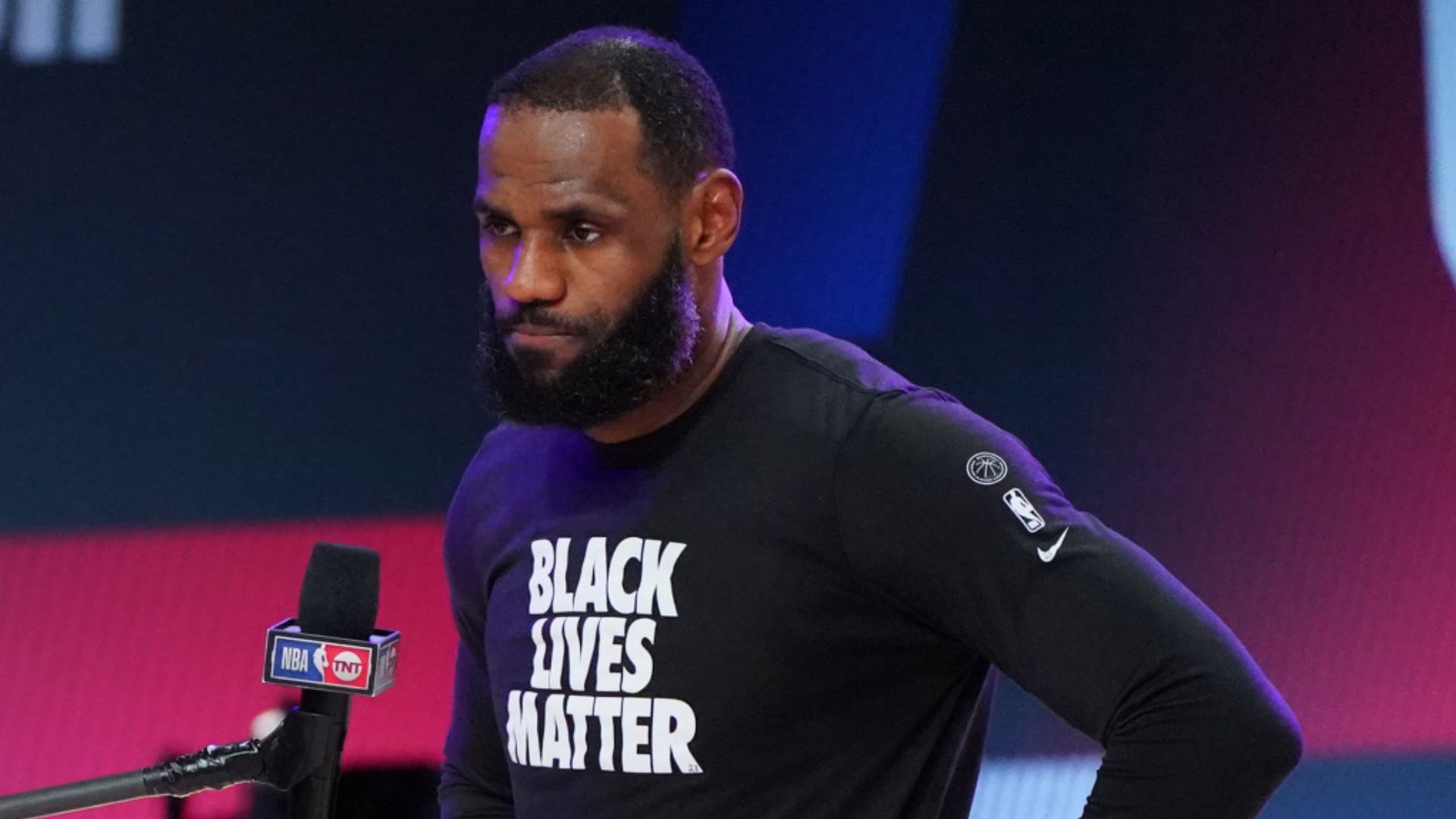 LeBron James hailed the rapid progress made in fight for social justice following the NBA players’ decision to boycott playoff games in the wake of the Jacob Blake shooting in Kenosha, Wisconsin.

James and his Lakers team-mates returned to action on Saturday night for Game 5 of their first round playoff series with the Portland Trail Blazers and took the opportunity to close out the series with a 131-122. They advance to face the Houston Rockets or Oklahoma City Thunder in the Western Conference semi-finals.

James produced 36 points, 10 rebounds and 10 assists in the victory – his 13th (an NBA record) 30-plus-point triple-double – and received support from Anthony Davis’ 43 points.

But in a post-game interview, James was more concerned with discussing what had been achieved by the players off the court over the last few days than his performance on it.

“It is great when you can put together a plan and have action executed. That’s what we have been able to do over the last few days,” he said.

“With solidarity, we stood with our brothers from Milwaukee on the situation going on in their home town. We stood with them as a league. And then we put together a plan and we had action. We want to continue that.

“It is great to be back on the floor but more importantly it is great to have a game plan, be able to execute it and them put it into action right away.”

Asked if he had harboured doubts that the playoffs would resume following the postponement of games on Wednesday, Thursday and Friday, James admitted: “There was some doubt. But when you are able to put together a plan that is very important that can change the landscape on and off the floor, you can have more clarity.

One of the initiatives to come from the players’ talks with team owners and the league is the use of NBA arenas as polling stations in the upcoming US presidential elections, an idea pioneered by Atlanta Hawks coach Lloyd Pierce.

Voters in Los Angeles will be able to cast their ballot at the Lakers’ home arena, Staples Center, in November.

“(We have to) continue to understand how important voting is. For us to be able to have the NBA arenas as polling sites for a lot of communities, that is unbelievable. We want to continue that. November is right around the corner and we all know how big that is,” James said.

‘We made a powerful move’

Three days after their decision not to play Game 5 of their first round series against the Orlando Magic and the ensuing postponement of further playoff games, the Milwaukee Bucks returned to action on Saturday, too.

Like the Lakers in the West, the No 1 seeds in the Eastern Conference clinched a place in the conference semi-finals with a victory inspired by their two best players, Giannis Antetokounmpo and Khris Middleton, who combined for 49 points.

After their series-sealing 118-104 win, Antetokoumpo was asked how he felt after seeing other teams and other leagues postpone games to protest the shooting in Kenosha, a city 40 miles from Milwaukee.

“It is big,” the defending MVP said. “We made a powerful move, deciding not to play, deciding to bring awareness.

Middleton reflected on the players’ collective decision to resume play inside the NBA bubble and complete the season.

“It was a moment where we thought we could make more of a statement staying here and playing in front of the world instead of going home to our respective city and communities and doing it by ourselves,” he said.

“We thought together our voice would be much bigger – and heard.”